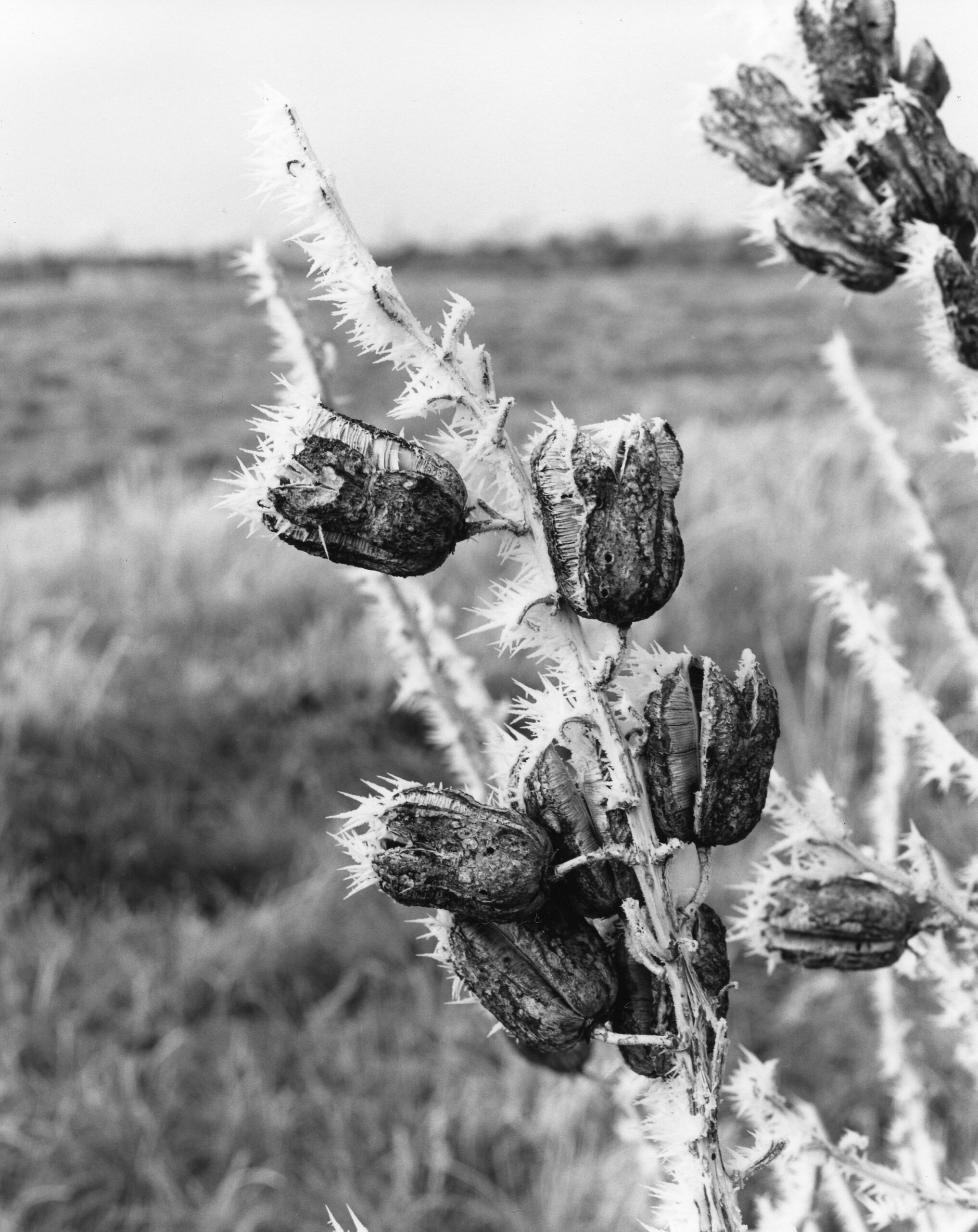 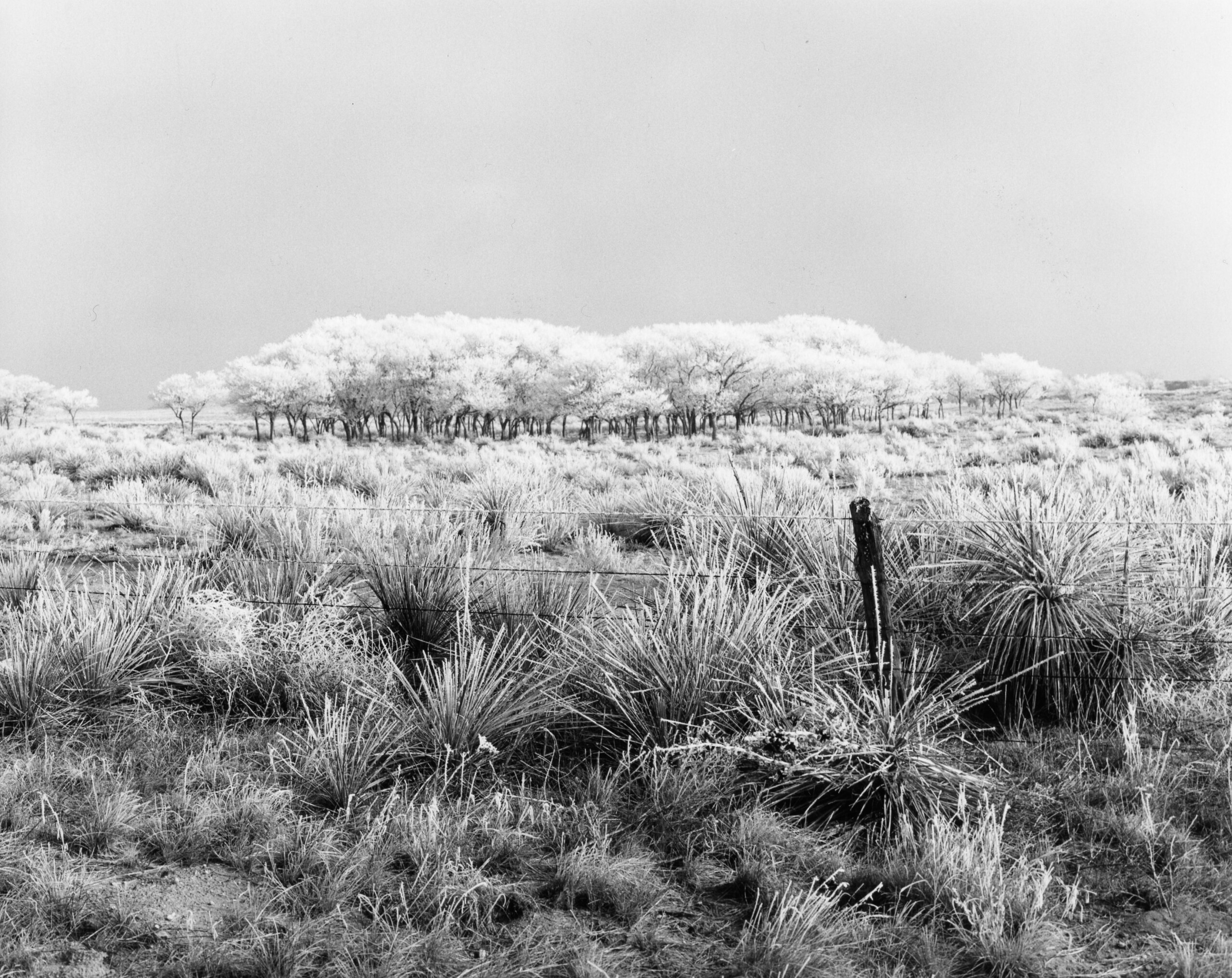 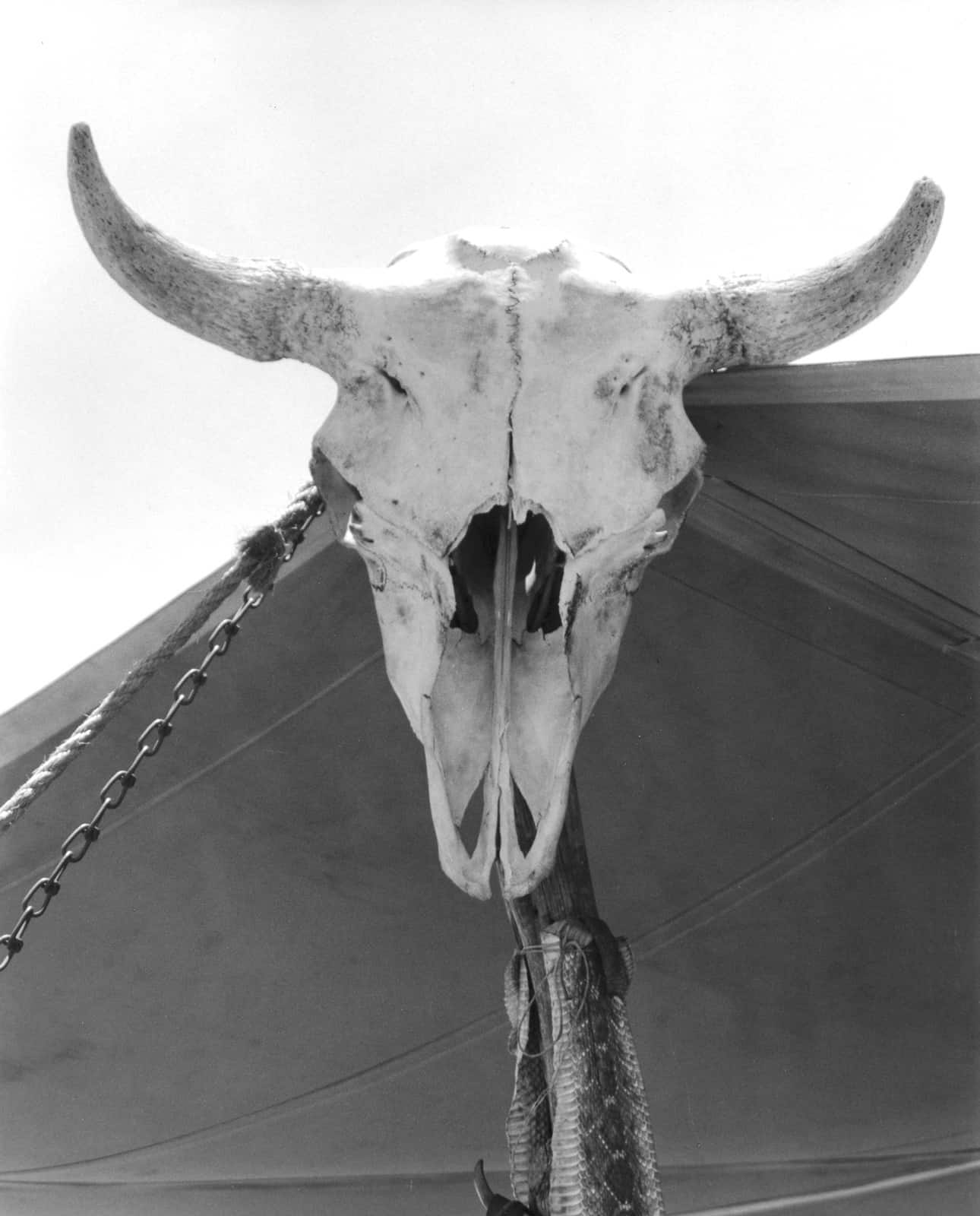 Cow Skull at a Chuck Wagon 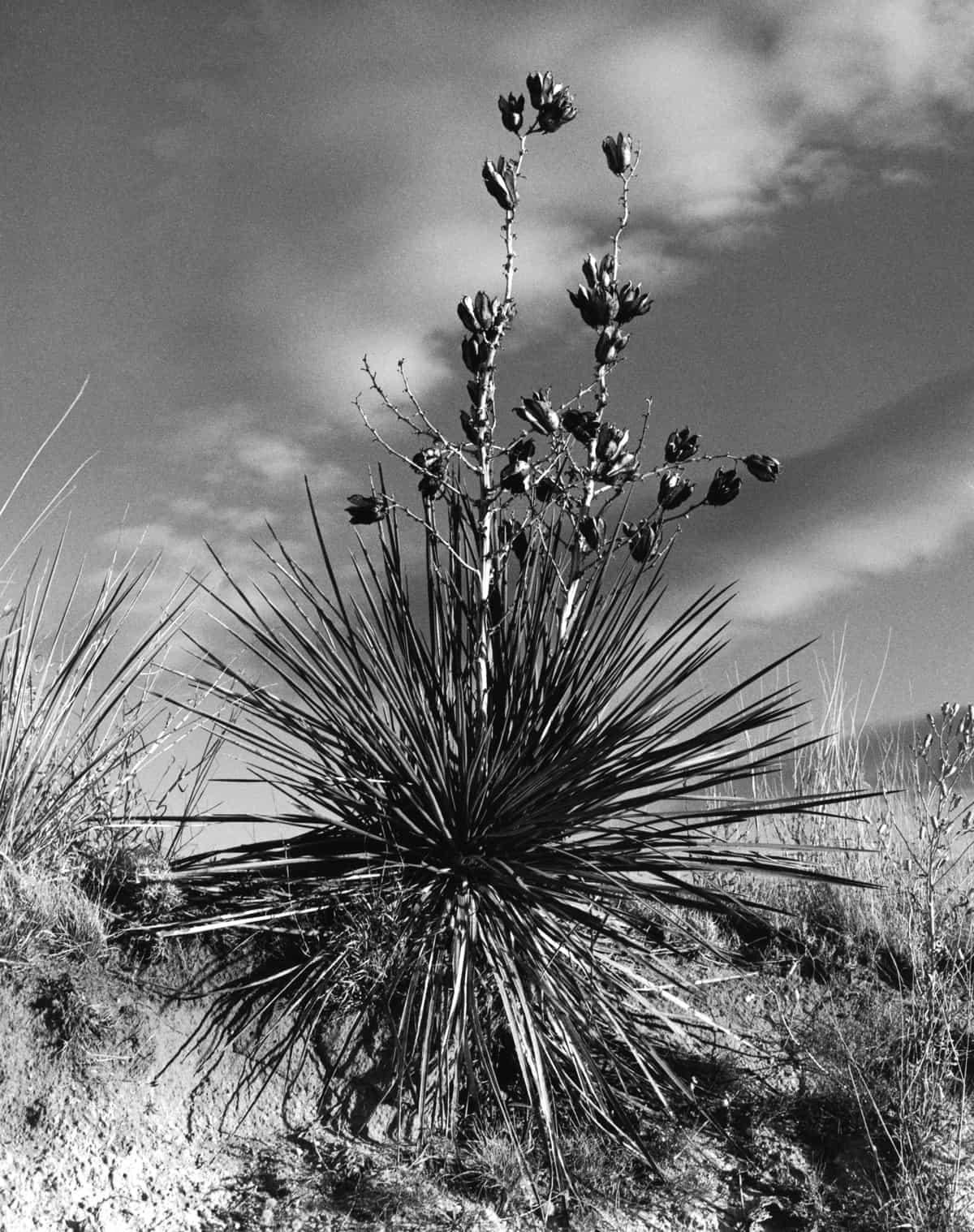 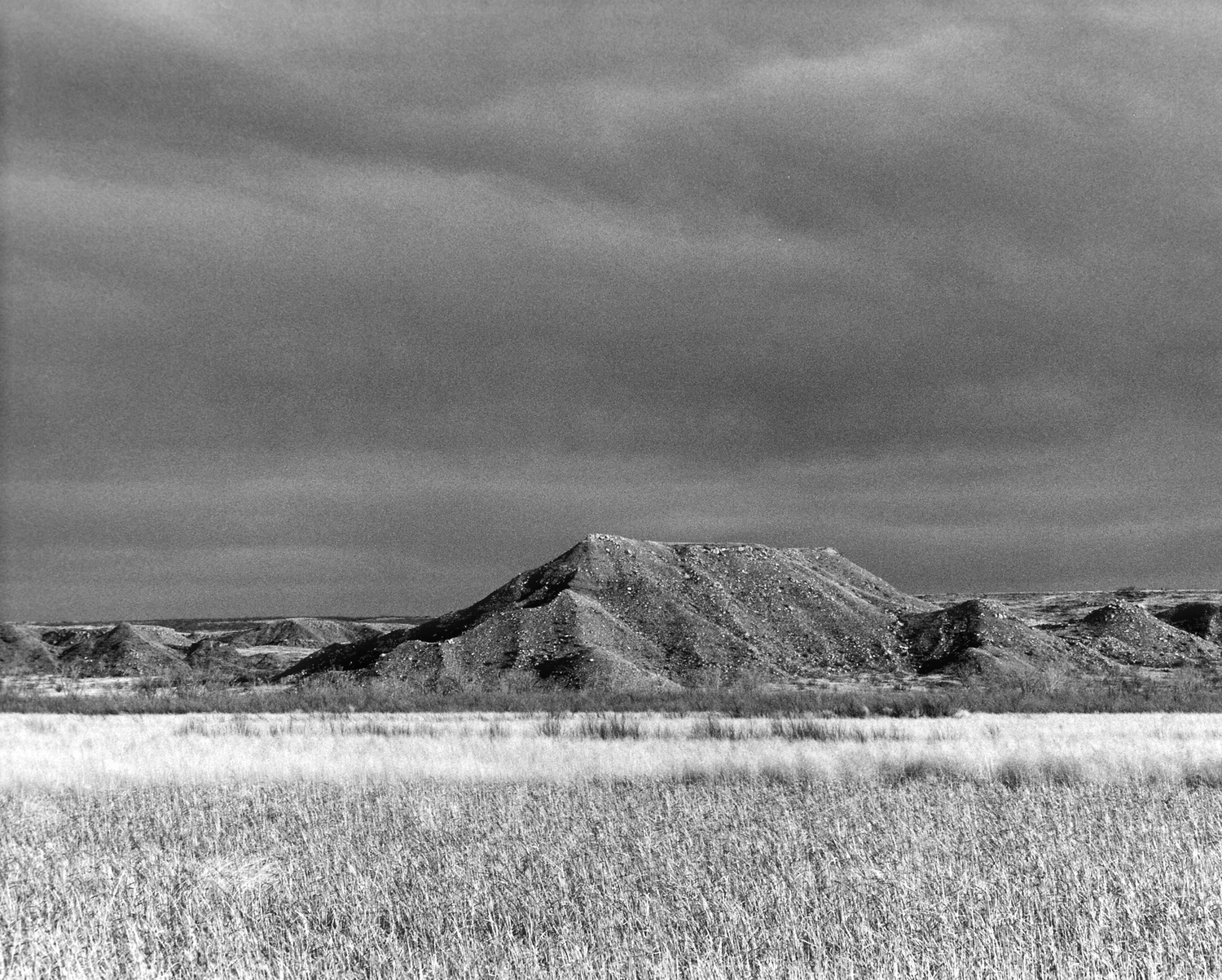 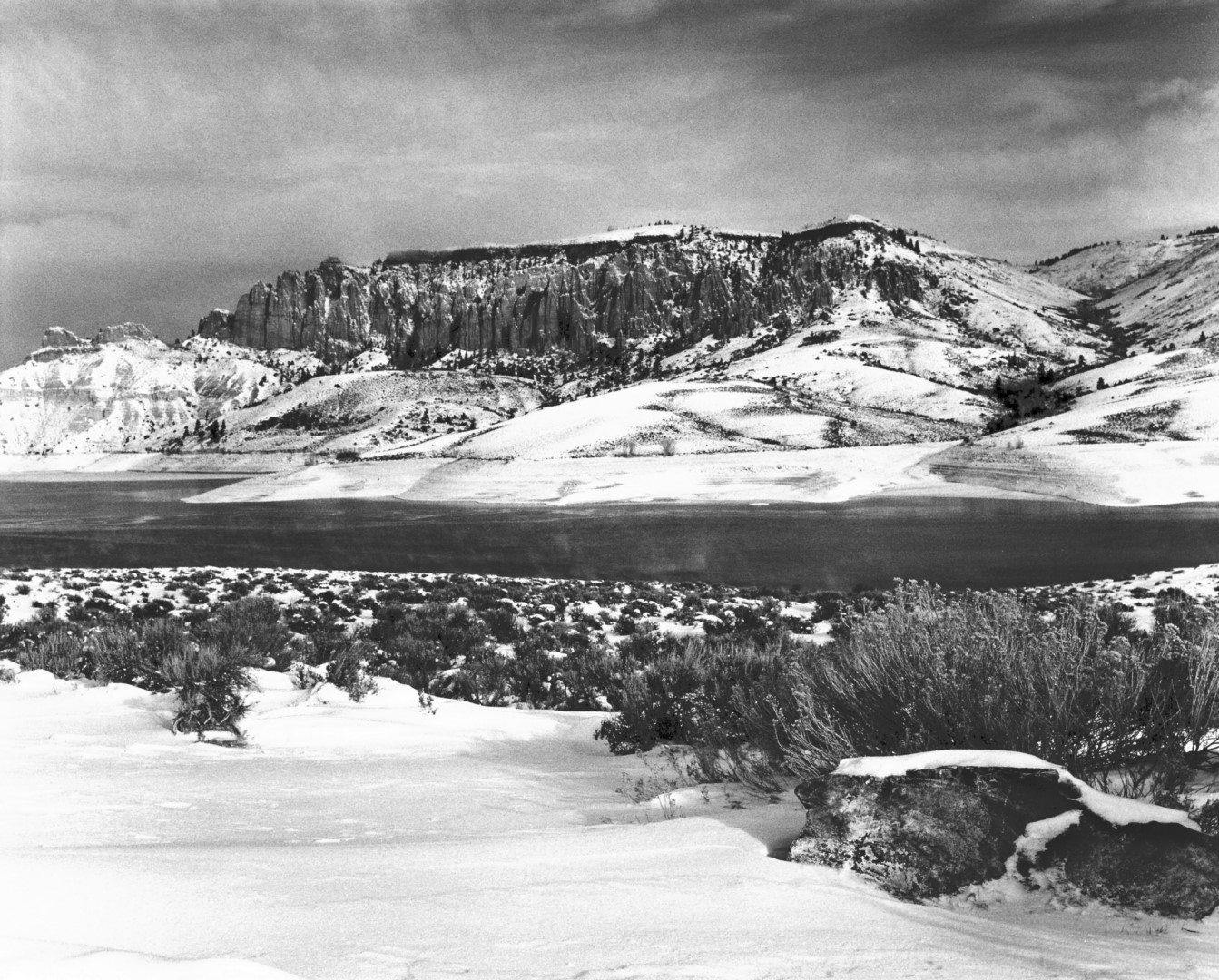 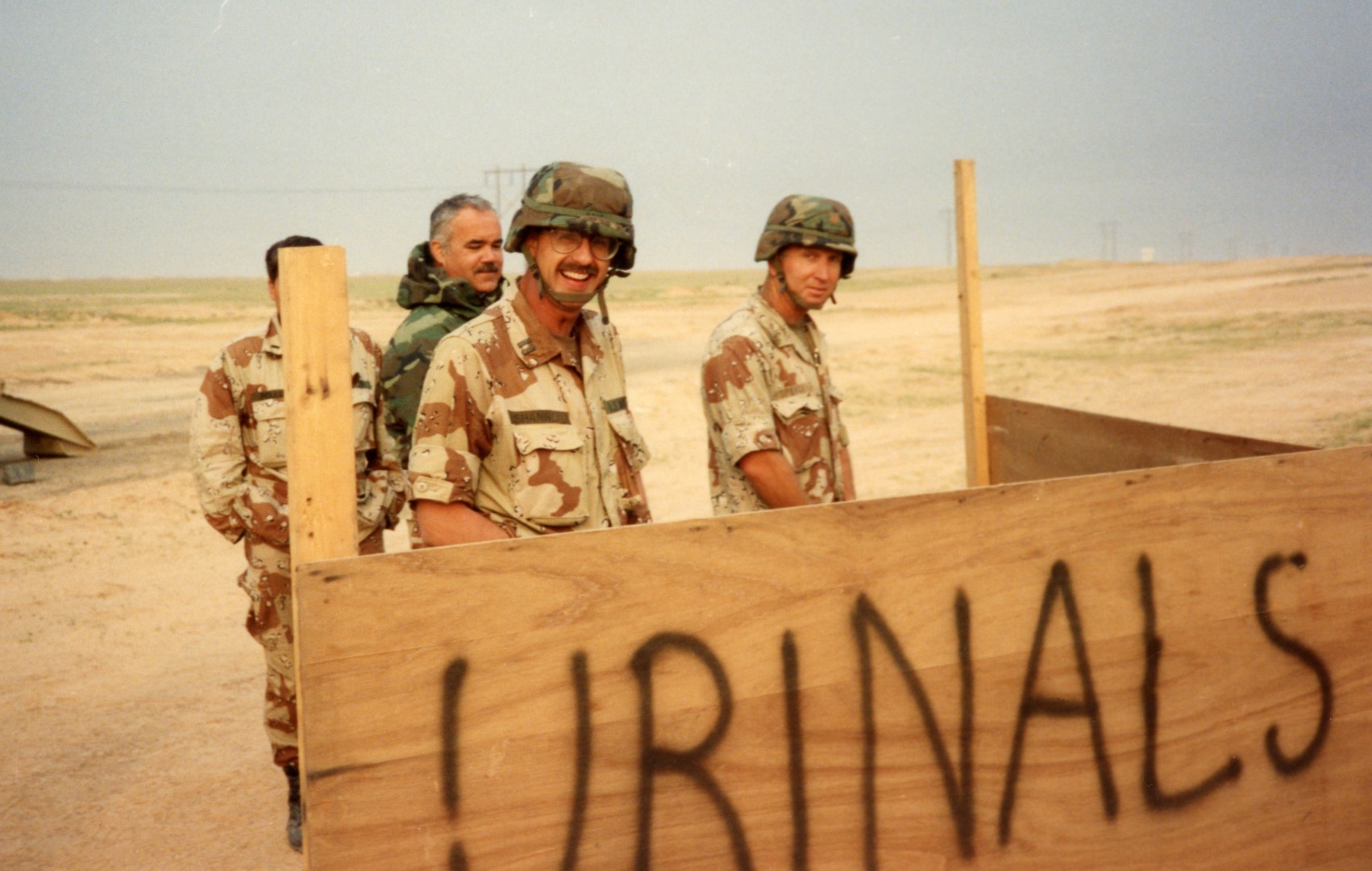 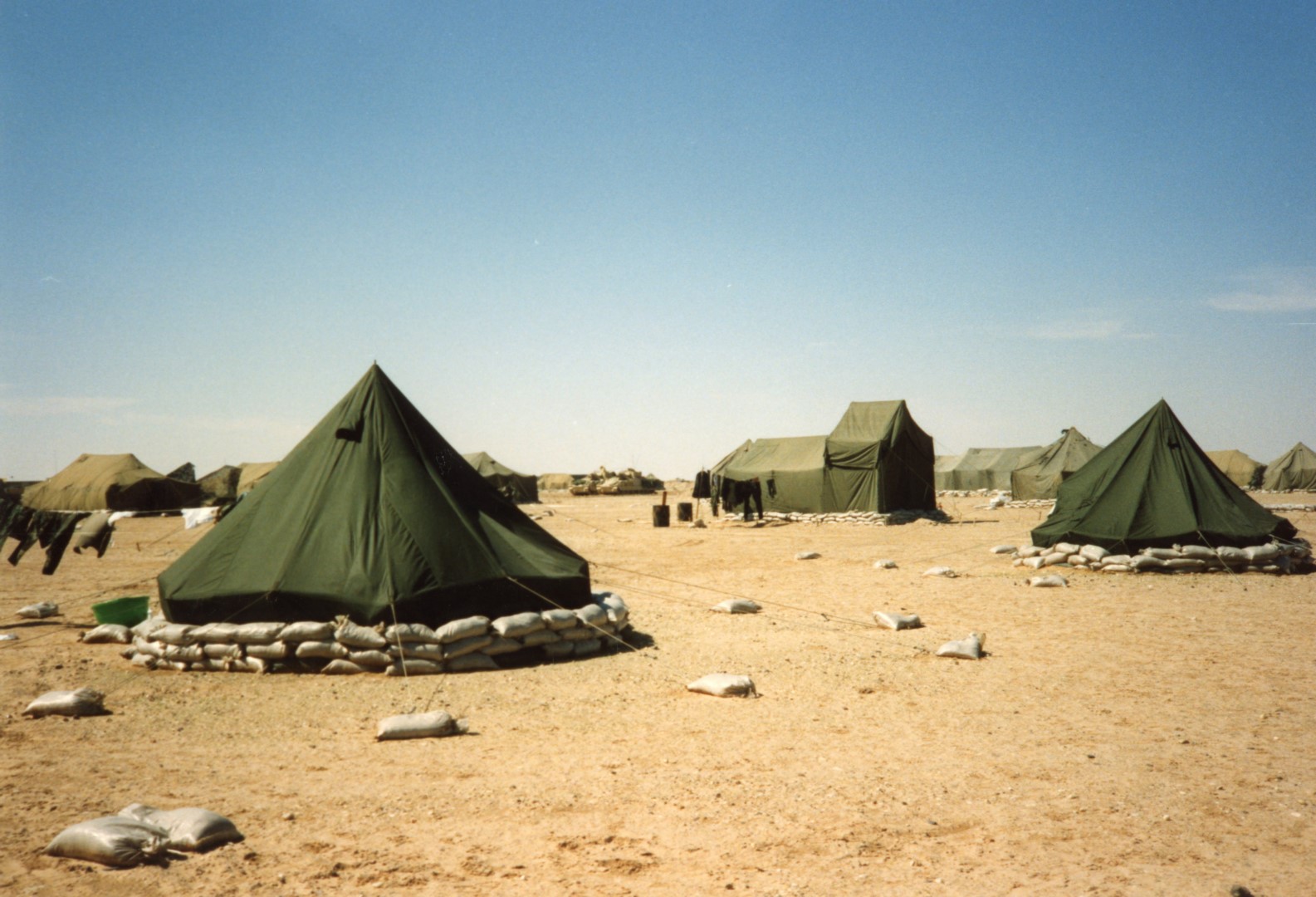 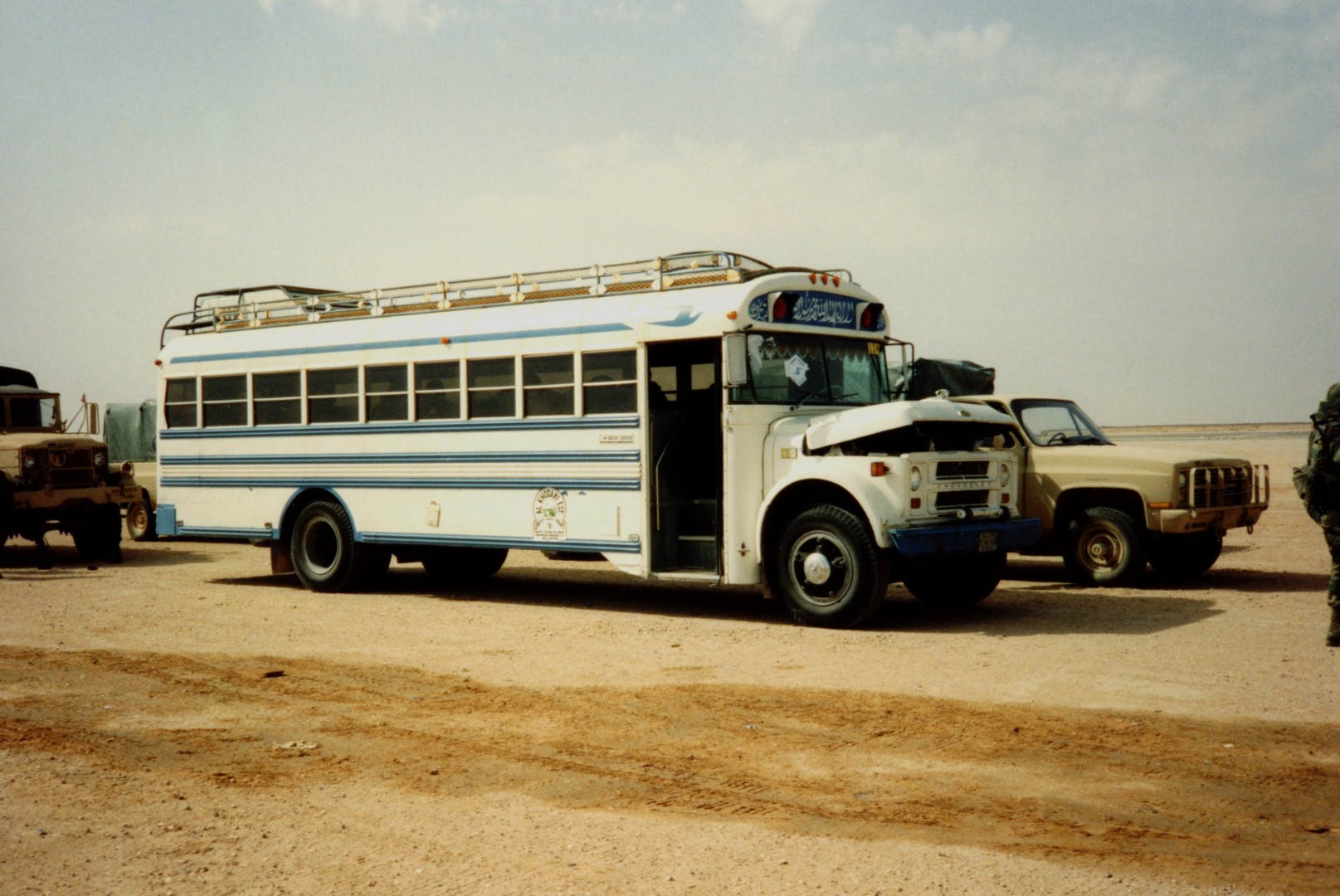 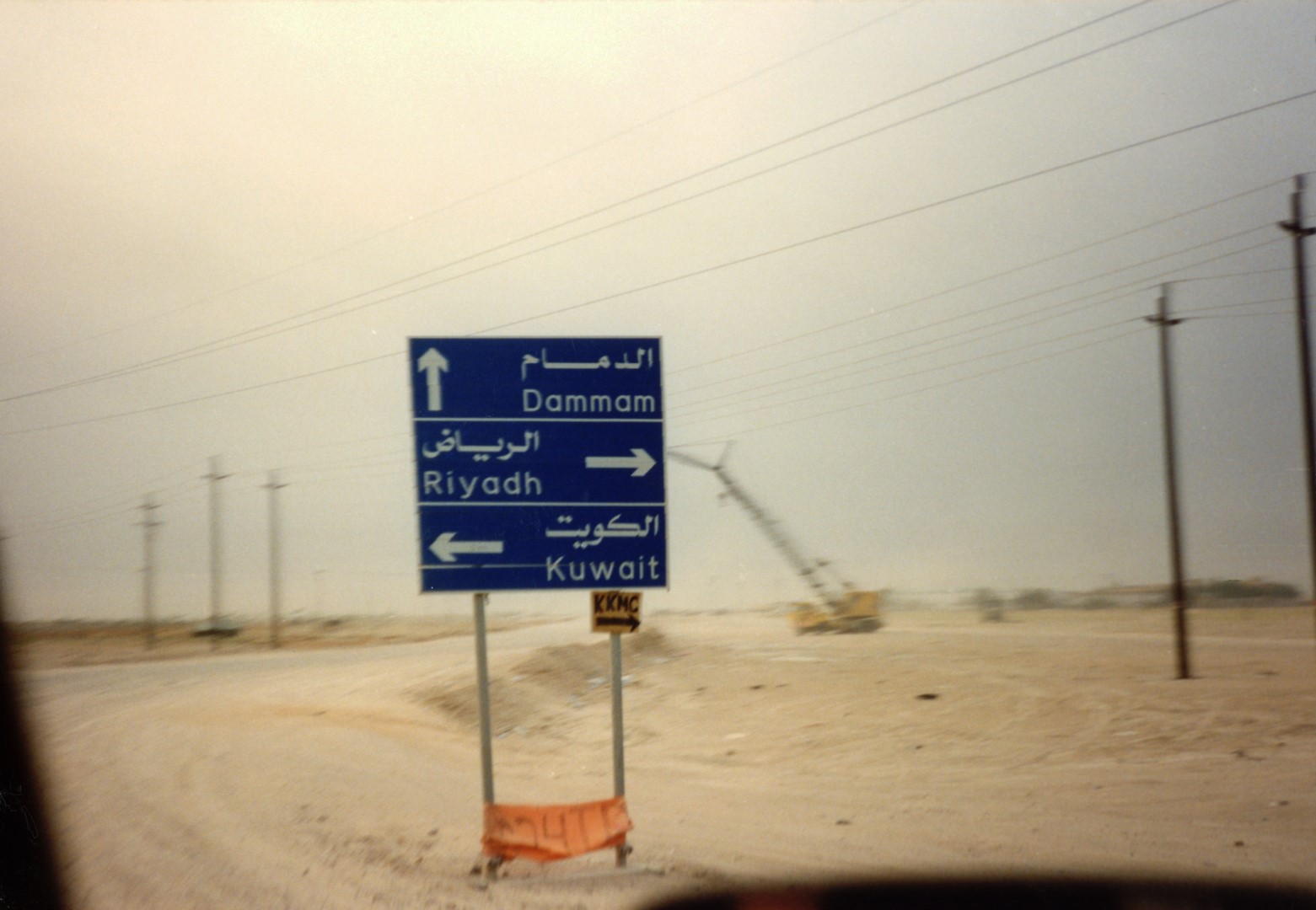 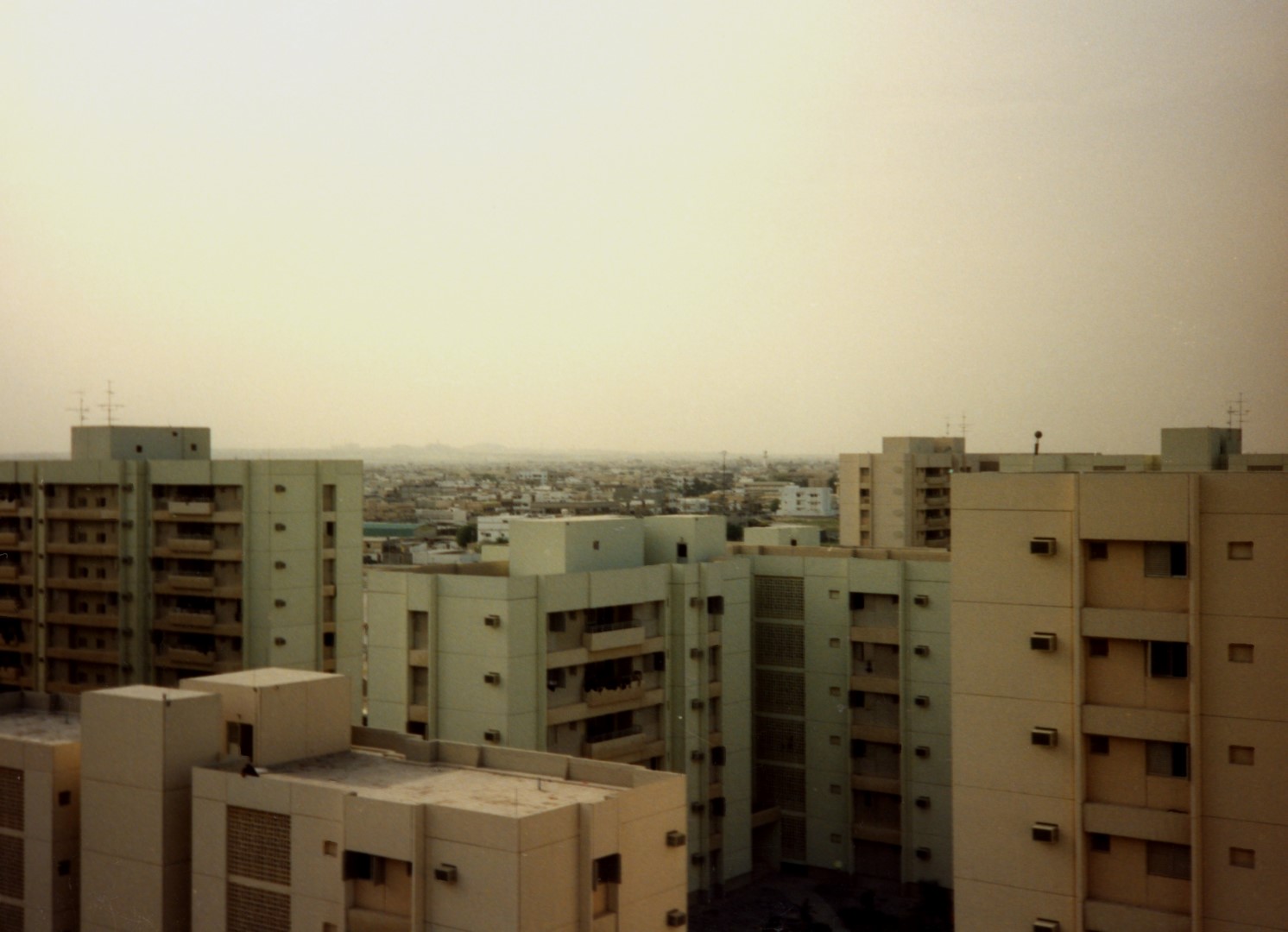 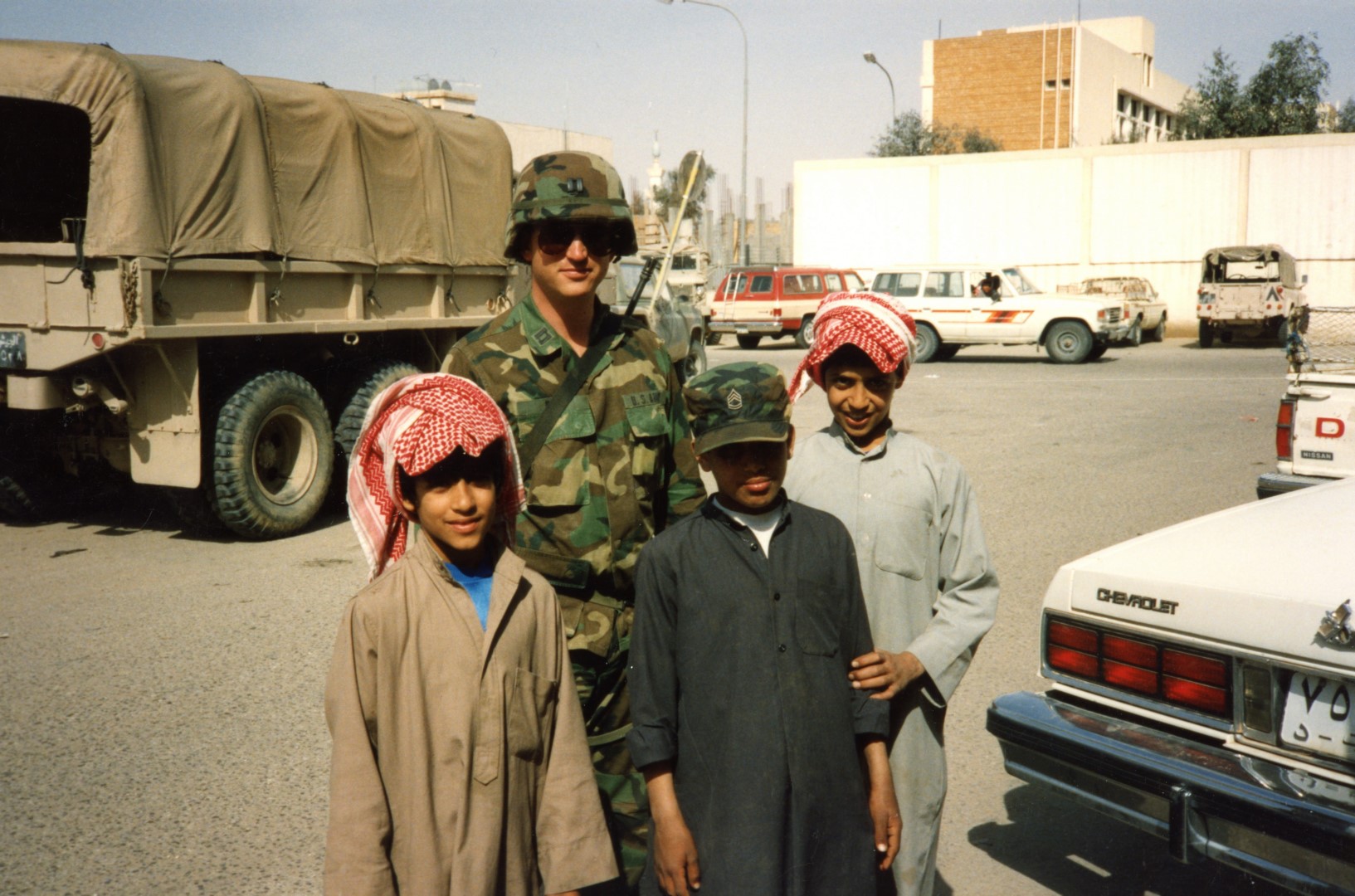 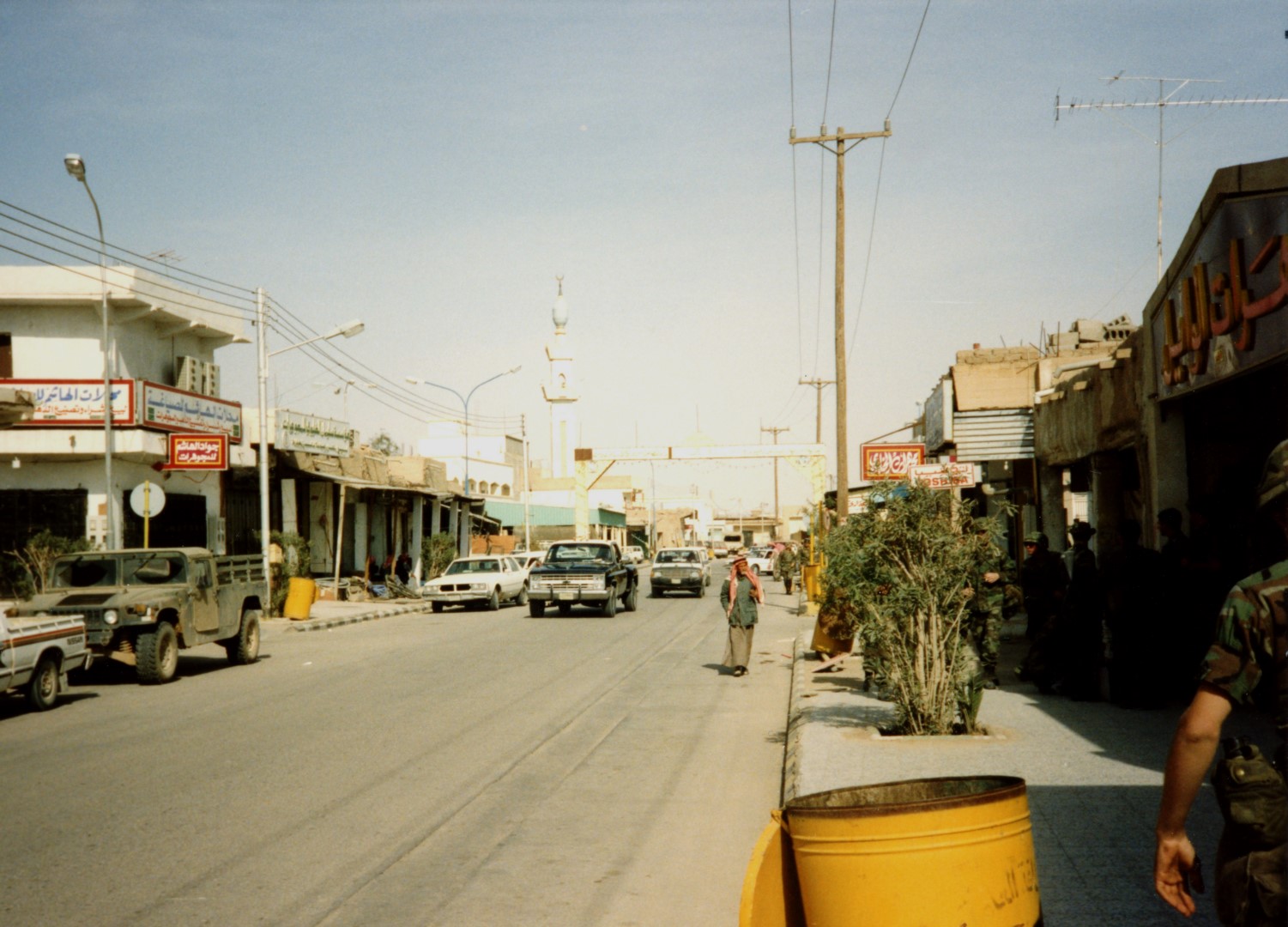 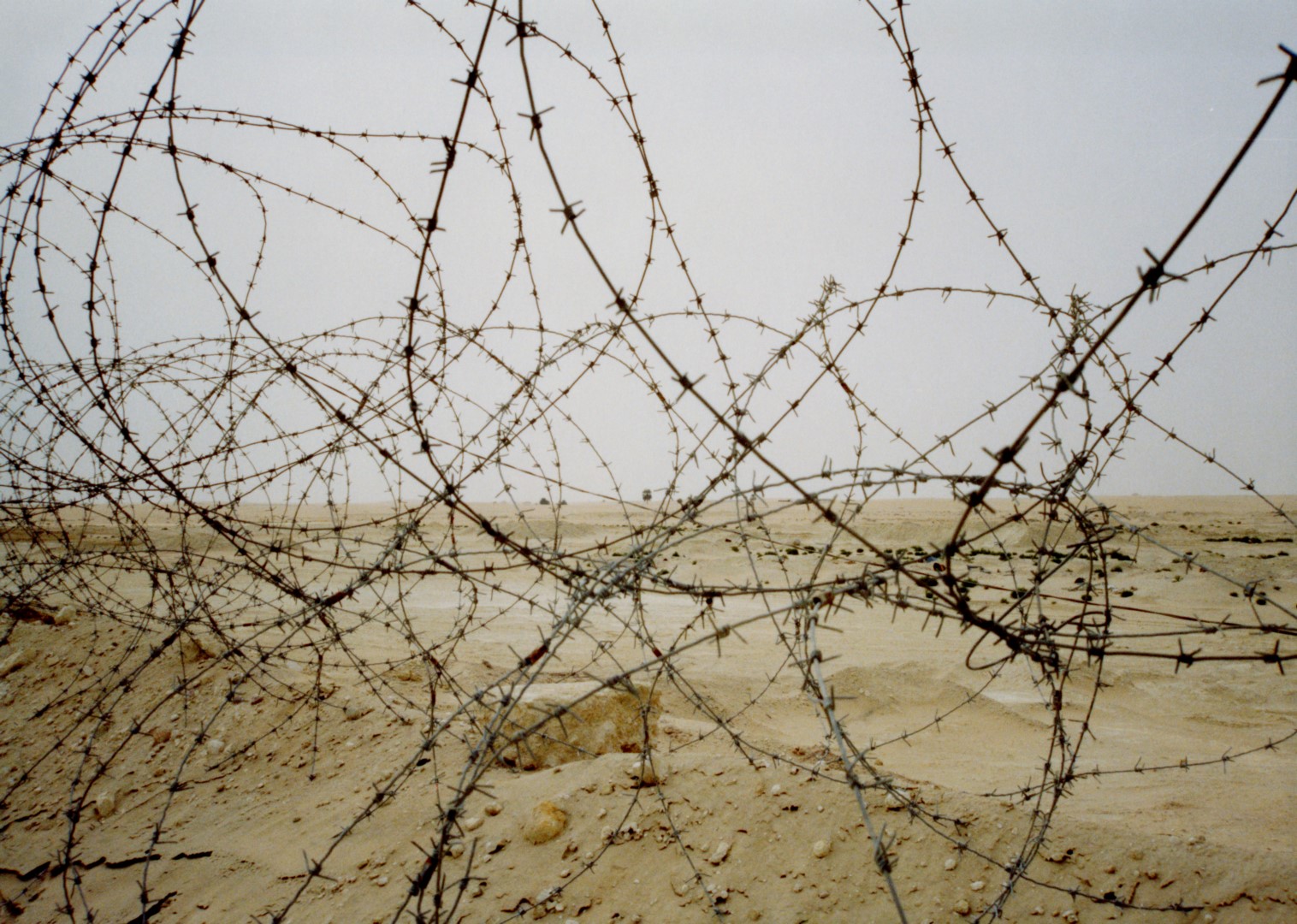 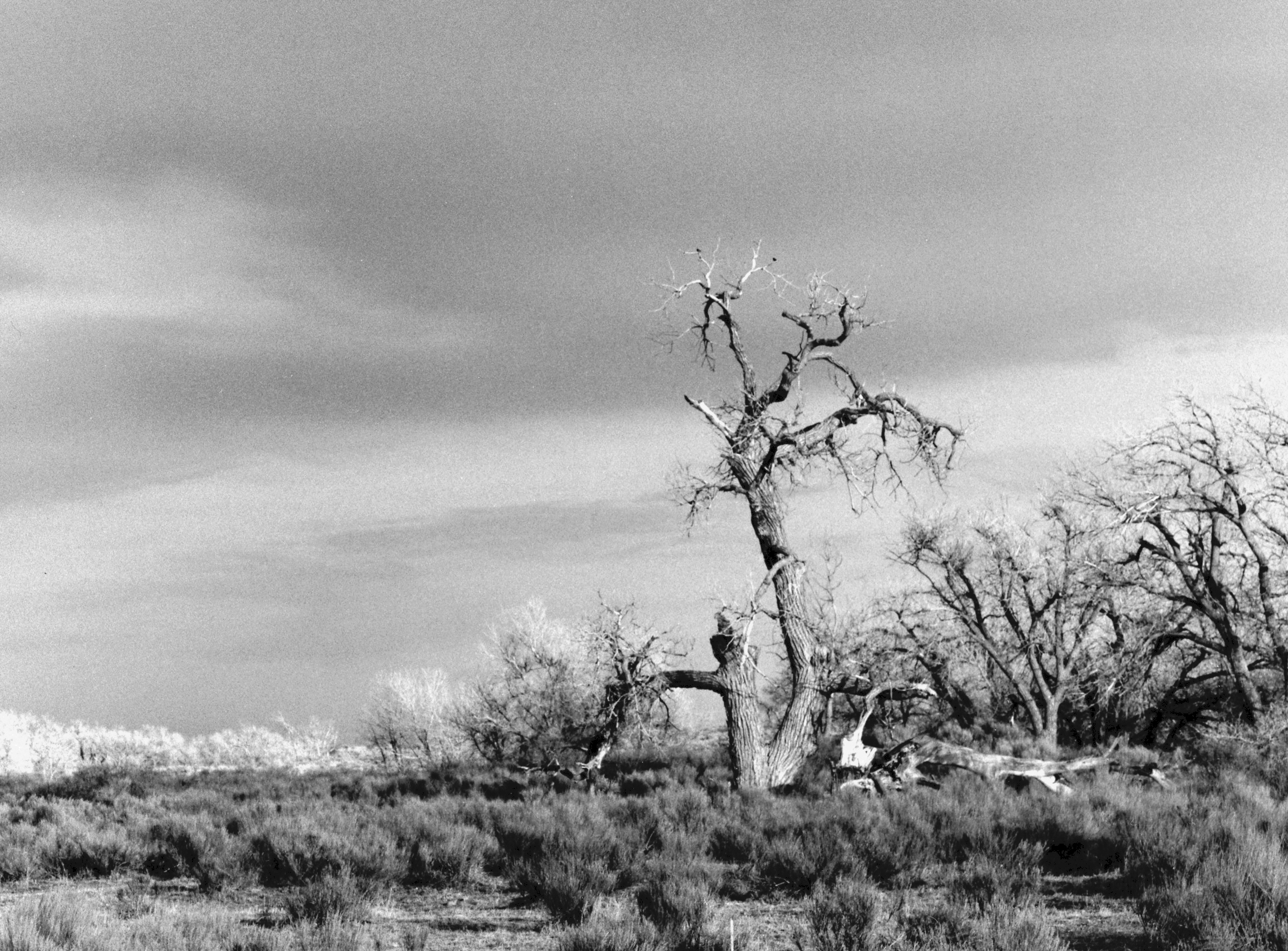 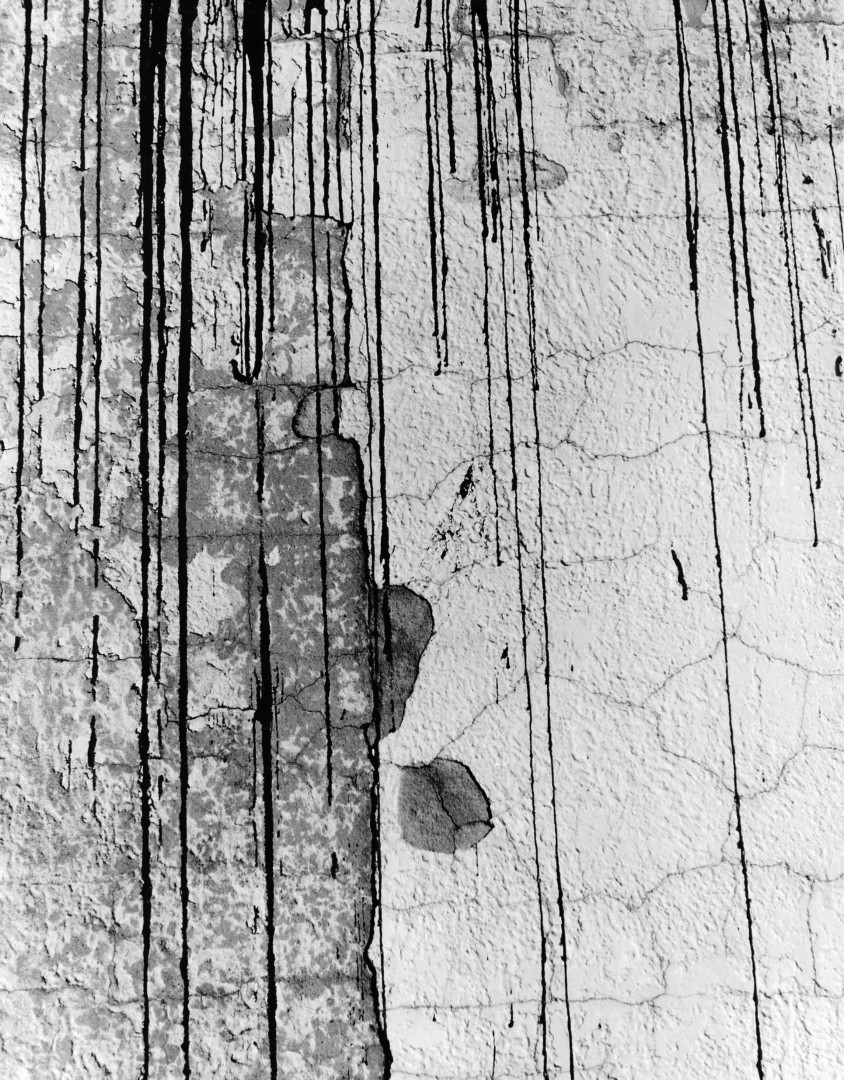 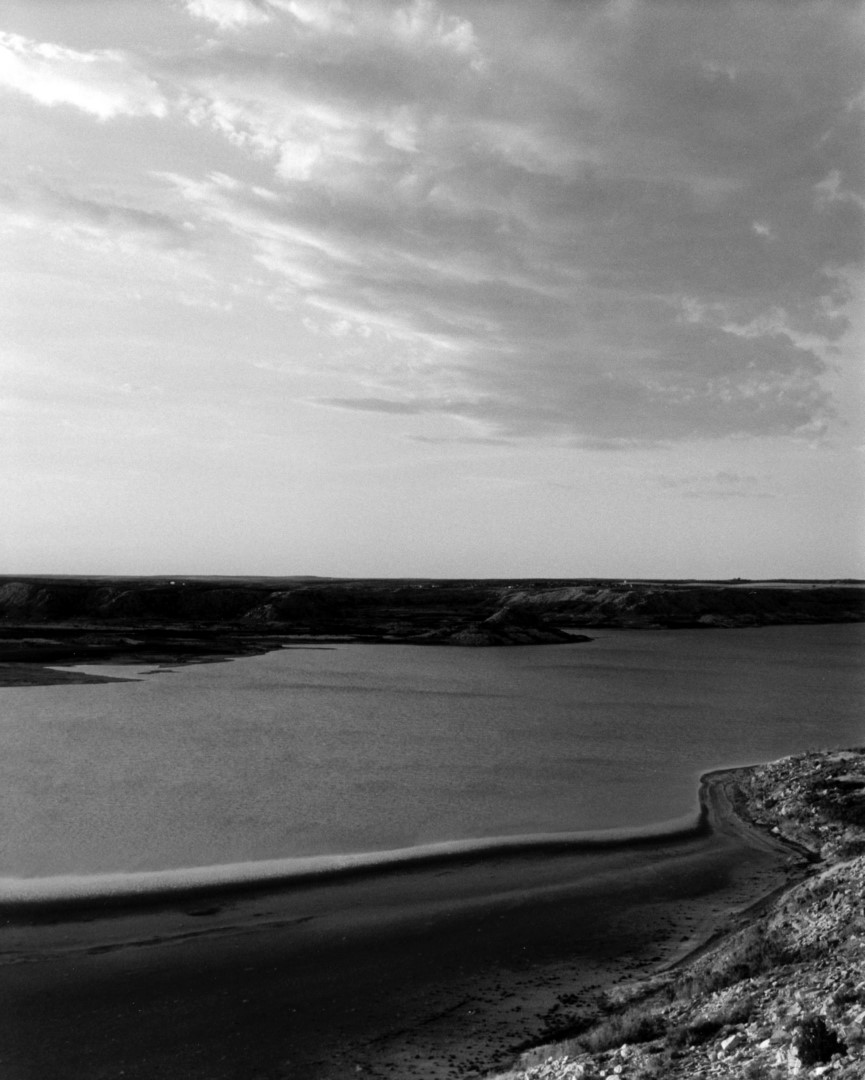 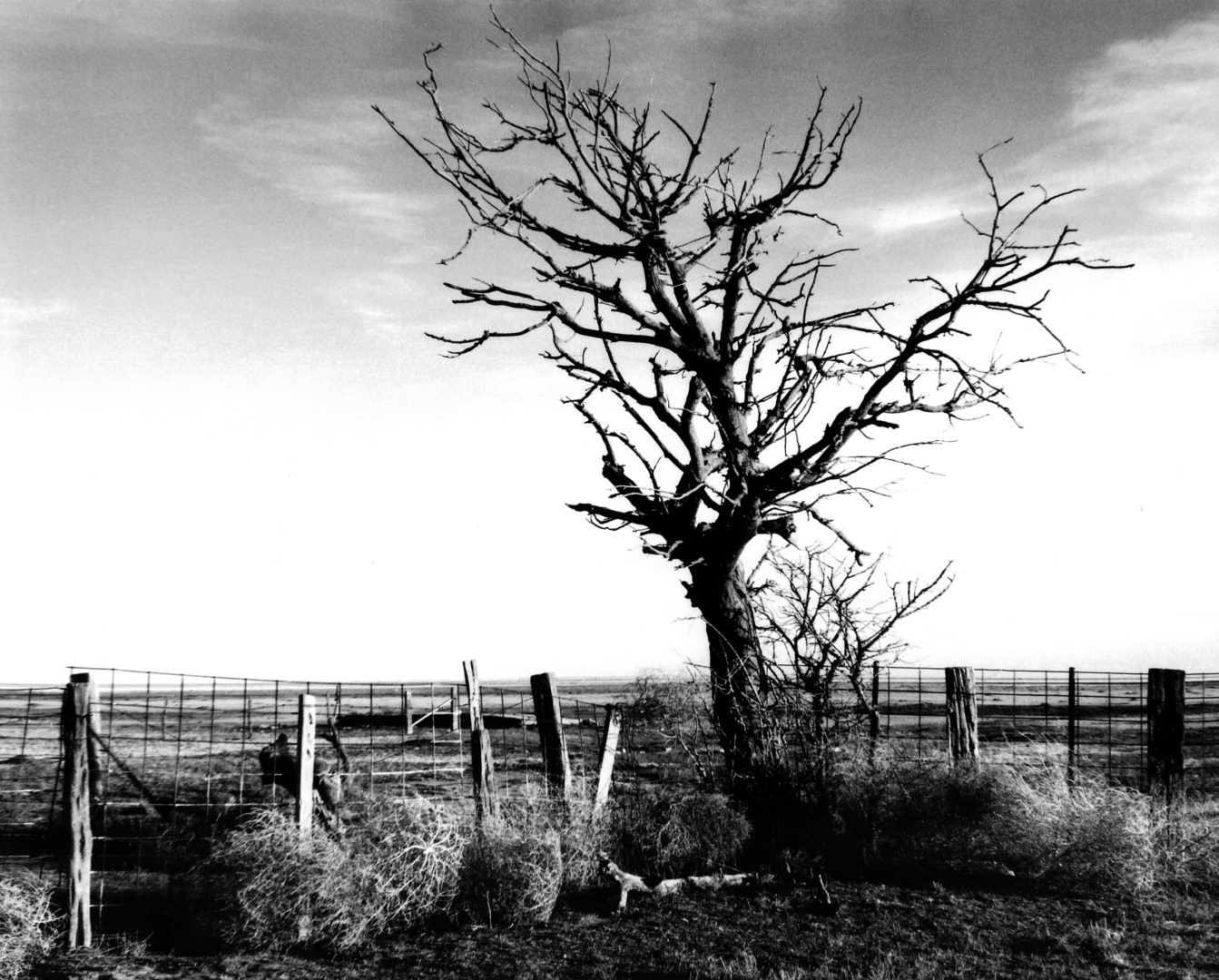 I have been taking photographs for more than twenty years. My only formal photographic education was a photojournalism course and a course in darkroom printing that I took in college. I shoot both black and white and color film and do all of my own darkroom work. Though I shoot a variety of subjects and in a variety of places, the landscape of the Texas Panhandle has been the focus of my work. Some people say that the panhandle is flat and uninteresting, but I have never found this to be true. Photography is primarily about capturing light. With the right sky and the right light, even the most ordinary, flat, cultivated land can take on a magical quality. Cacti, yucca, rock formations, and other seemingly harsh elements of the landscape here can be beautiful and interesting in the light of dawn or dusk. The breaks in the caprock (even beyond Palo Duro Canyon) are endlessly fascinating to me. I took courses in geology and anthropology in high school and developed an appreciation for the unique character of this area and the forces that created it. I can think of nowhere I would rather be than along the Canadian River or one of its creeks in the first two or the last two hours of daylight on a day with clouds in the sky. This is what I try to express in my photography.

Key was born and raised in Dumas, Texas and is a graduate of Dumas High School. He holds a BA degree in government from the University of Texas at Austin and a Master of International Journalism degree from Baylor University. He also served as an officer in the United States Army and Army Reserve and is a veteran of Operation Desert Storm.

Key has exhibited prints at the Panhandle Art Center and The Colony Frame and Gallery in Amarillo. In the recent past, he has displayed prints at shows of the Amarillo Fine Arts Association and the Galleries at Sunset Center, among others. In April of 2012, he had a one-man show at the Dumas Art Center, and from 2013 to 2014 he exhibited photographs in Rick Husband Amarillo International Airport as part of the Amarillo Chamber of Commerce’s “Art in the Airport” program.

I went to Operation Desert Storm in 1991 with the Army’s 413th Civil Affairs Company, a reserve unit based in Lubbock. The unit was an eclectic mixture of lawyers, Texas Tech college students, pharmaceutical sales representatives, health care workers, and various other professions and occupations. We had a judge, a vice president of Texas Instruments, and the post master for Lubbock. The unit had a large number of officers and a relatively small number of lower enlisted ranks. Several members of the unit were veterans of the Vietnam War. Most of the unit had spent significant periods of time on active duty. Our wartime mission was to deal with the civilian population in the area of operations of the 1st Cavalry Division.

We arrived at Dhahran, Saudi Arabia in late January of 1991 and returned to Fort Bragg sometime in May. Most of our time in the war zone was spent in the desert on the border with Kuwait. We lived in tents in relatively primitive conditions. We were very resourceful, however, and we were committed to creature comforts. We “found” generators that had been abandoned in the desert by someone, and we were able to have electricity in our tents. We bought heaters on the local economy to ward off the cold of the winter nights. We constructed heated showers and even had an artist in the unit paint a mural on the blond wood of one of the walls of the showers. The internet did not exist at this time, and mail was the primary means of communicating with home. The landscape looked like West Texas, but with camels. The wind blew “sand” that was as fine as talcum powder and got into everything.

During the four-day ground war the unit was divided into teams that were attached to units of the 1st Cavalry Division. Because there were few civilians in the area where the division operated, members of the 413th had a wide variety of experiences. Some had Iraqi soldiers surrender to them, some rode through tank battles, and some worked at a forward intelligence outpost interrogating prisoners on the front line. Many of us transported Iraqi prisoners on blue and white buses. Aspects of this seemed slightly surreal to me. The Iraqis we encountered had no idea that they were fighting people from countries other than Saudi Arabia, and they were surprised to be encountering Americans. Because of the high number of Spanish speakers in our unit, some Iraqis thought we were from the Mexican army, and they were especially puzzled by this. Though there were people in the unit who had unpleasant experiences, everyone survived the ground war unscathed. During the air war, the Iraqis fired scud missiles at us. However, they were very inaccurate and never hit our base; though one did take out a block in the town of Hafr al Batin, a few kilometers away.

When the ground war ended, many civil affairs units were sent to Iraq and Turkey to deal with Kurdish and other refugees. Some of these units had very unpleasant experiences. We were lucky. By the time we were called to go, our vehicles had already been loaded onto ships for the return to the United States. As a result, our last few weeks in Saudi Arabia were relatively easy. Our last week we spent in a housing development in a suburb of Dhahran called Khobar Towers. Our days were devoted to lounging around, and in the evenings we would go into Dhahran to eat in restaurants and go shopping. Everything was closed during the day because of Ramadan. At this time, people we encountered in Saudi Arabia and elsewhere were very friendly. Sadly, that was not to last. A few years after we left, someone drove a truck bomb into one of the units of Khobar Towers, killing a number of Americans. That set off a process that has led to the decidedly unfriendly world of today.

The pictures in the exhibition represent many of the most mundane aspects of living in the war zone during the Gulf War. They were taken with a Canon Sure Shot camera on Kodak print film in the time of the air war and in the weeks after the end of the ground war. I focused on the mundane because, oddly enough, that was what was most important to me and everyone else at the time. The biggest impression on me of the war was the realization of how terrifyingly powerless individuals caught up in these types of events are. Holding on to bits of normal life becomes bizarrely important when you understand how easily they can be taken away and how little you can do to affect your situation. One day, shortly before we were to move from the desert to Dhahran to leave Saudi Arabia, the smoke from oil field fires was so bad where we were that I could barely breathe. I had to suppress a sense of panic until we finally moved out of the area. I have never taken air for granted since.