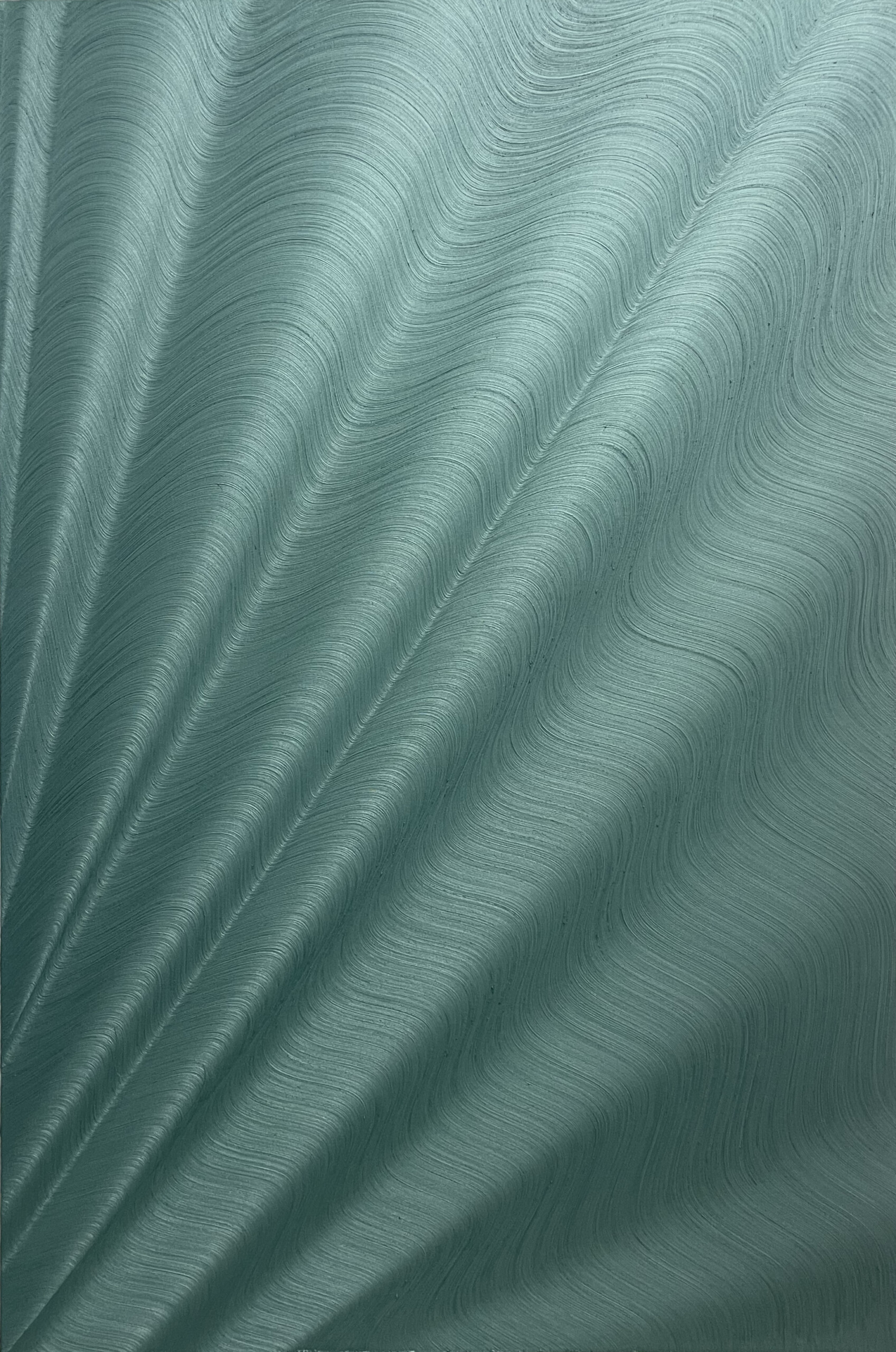 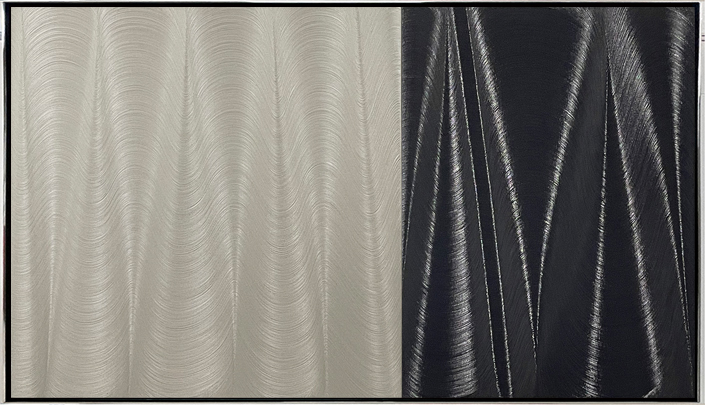 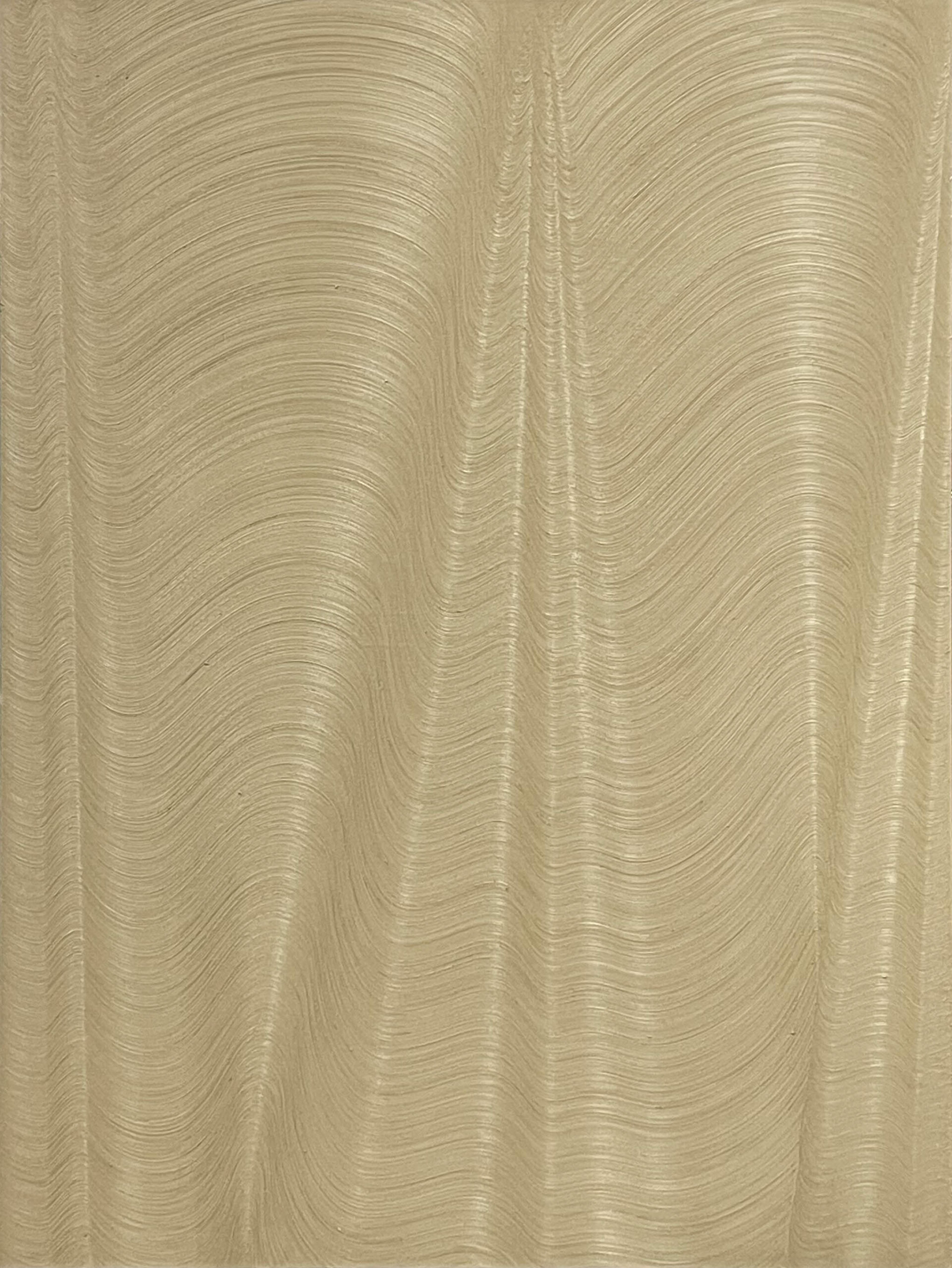 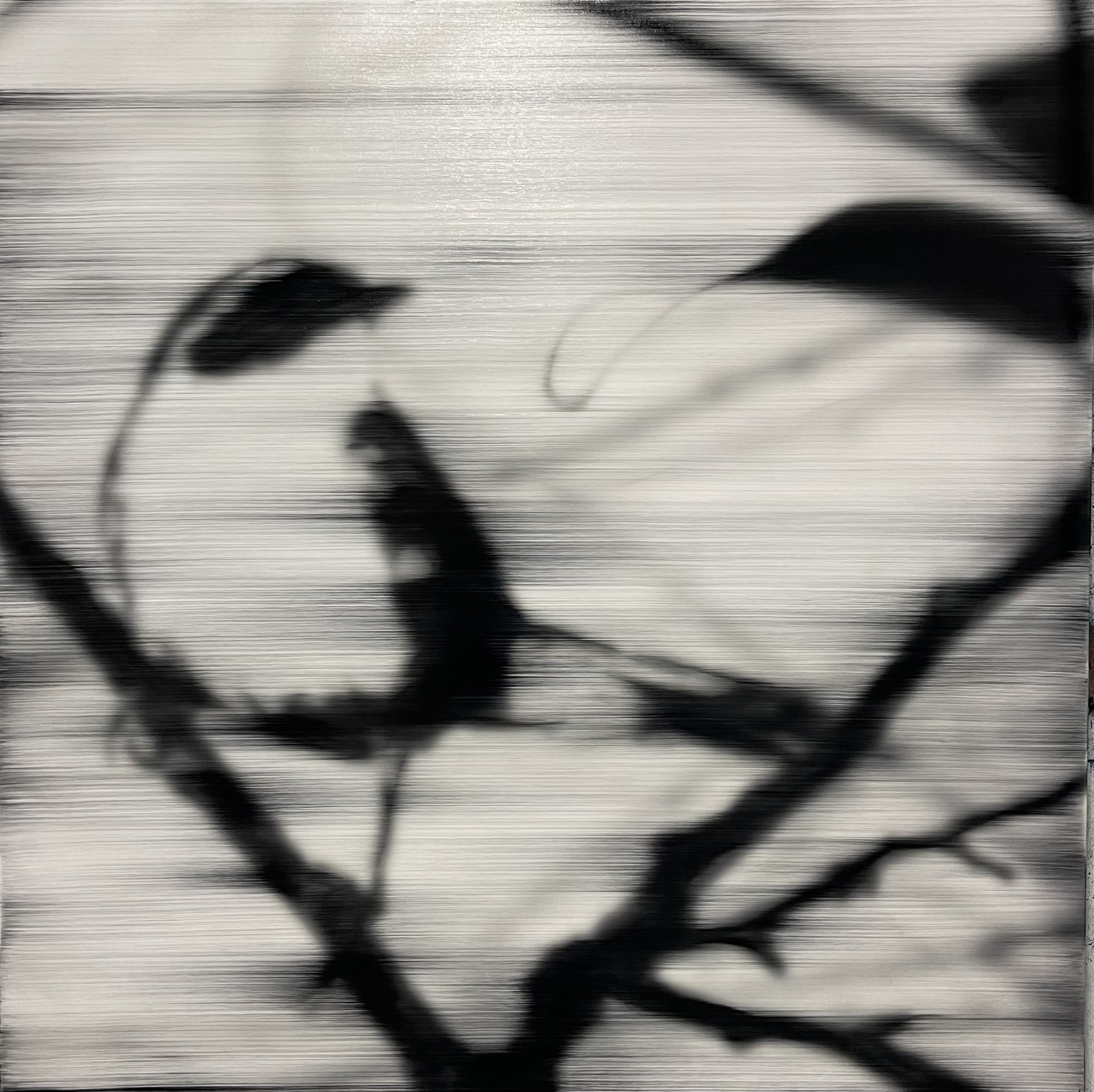 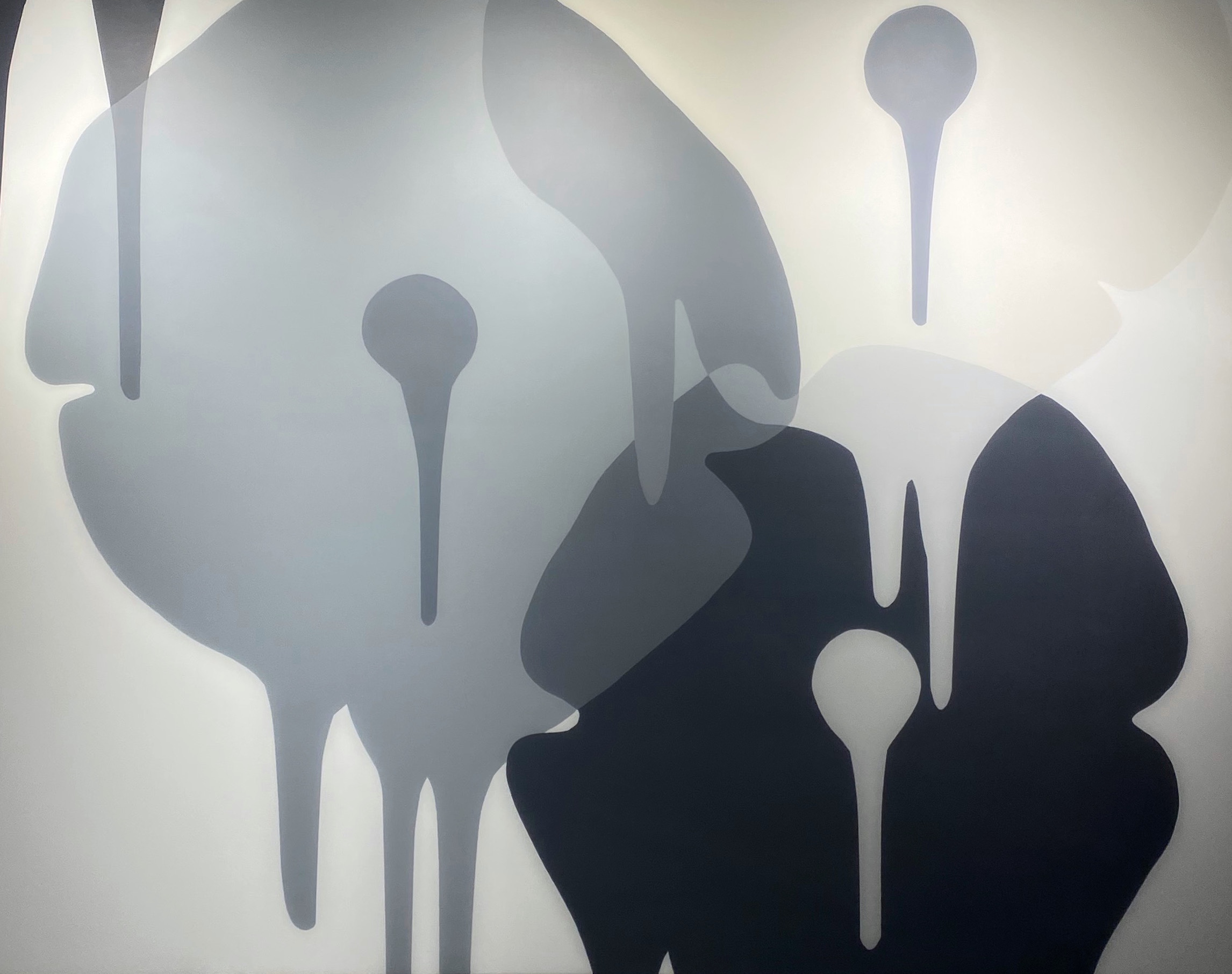 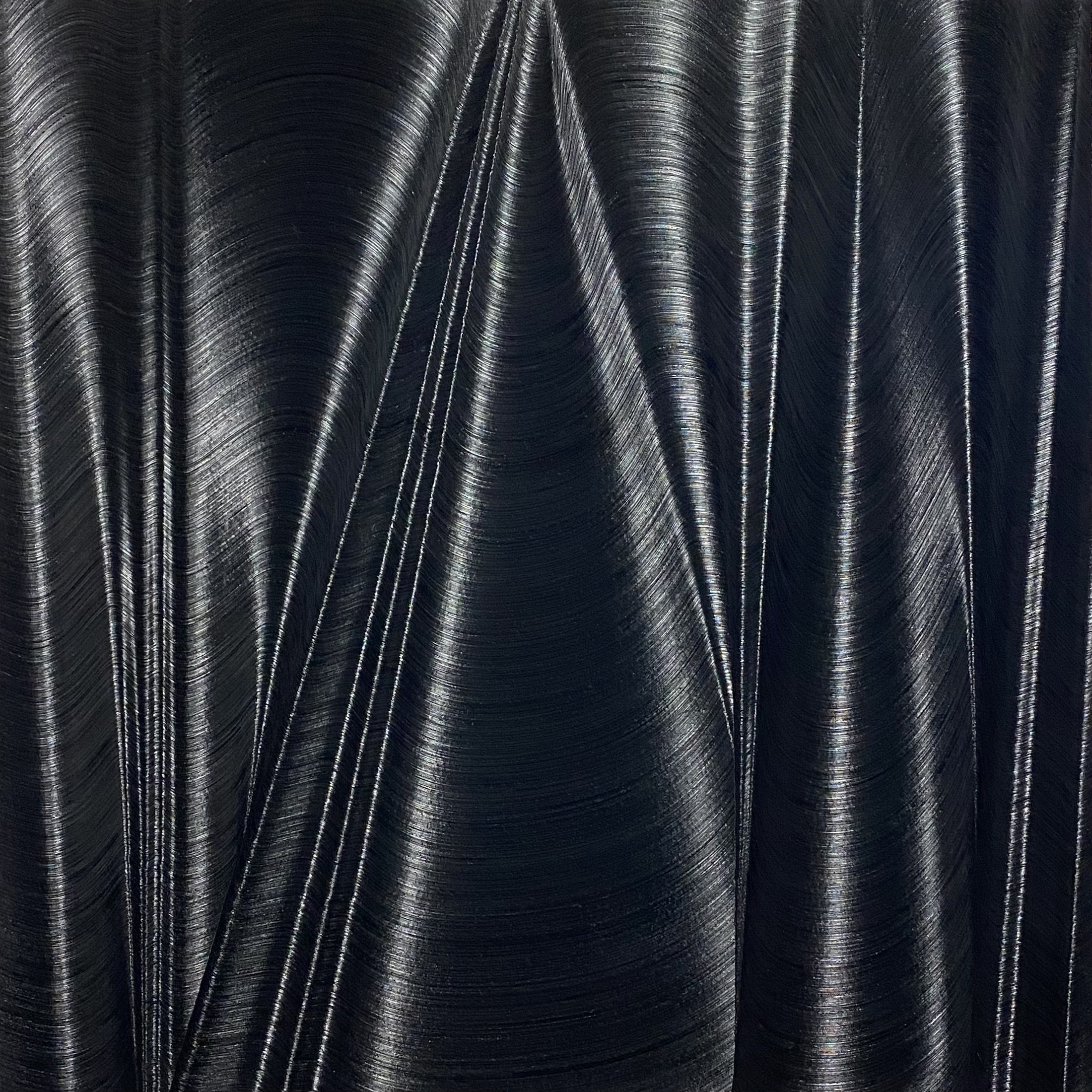 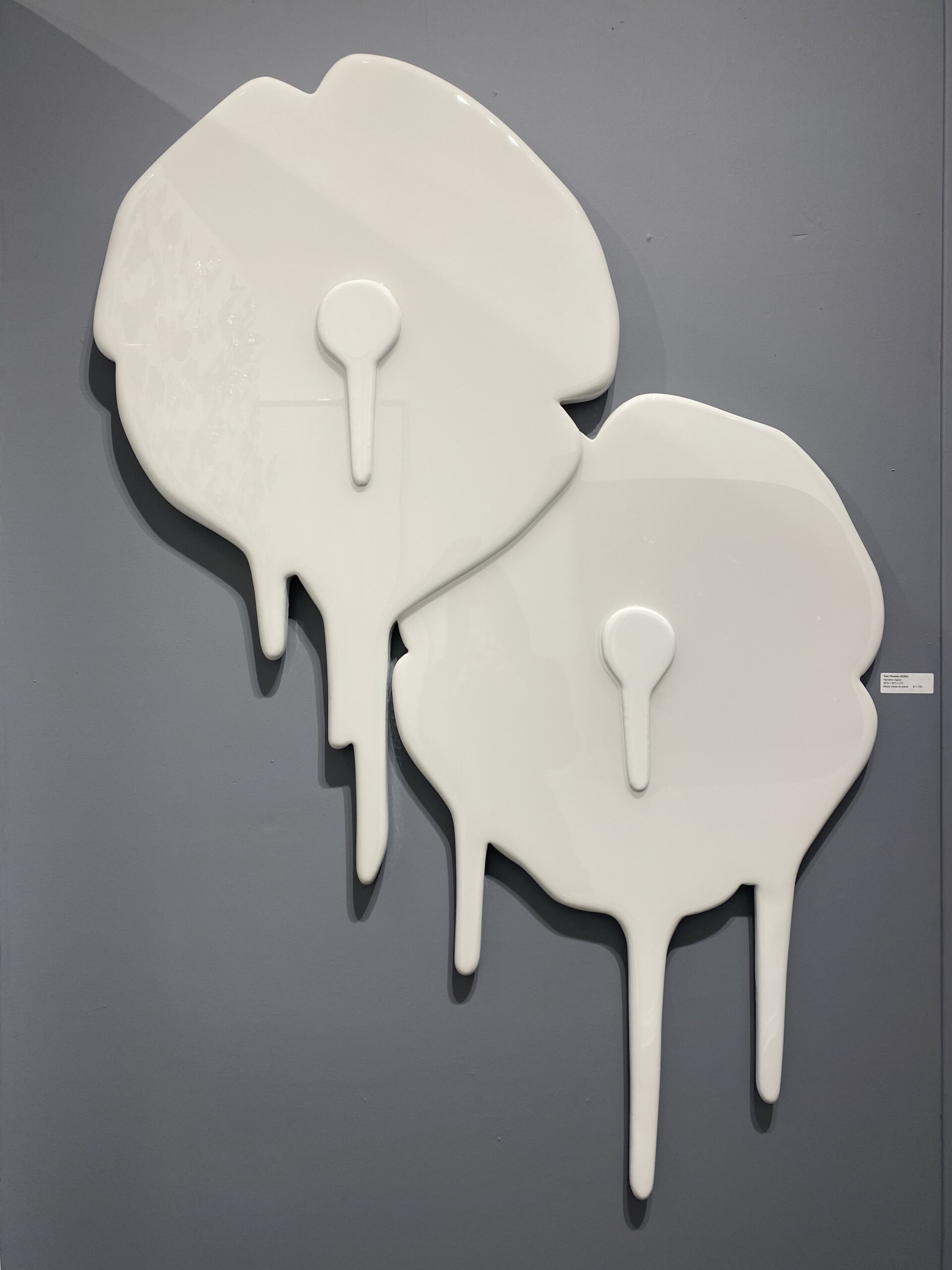 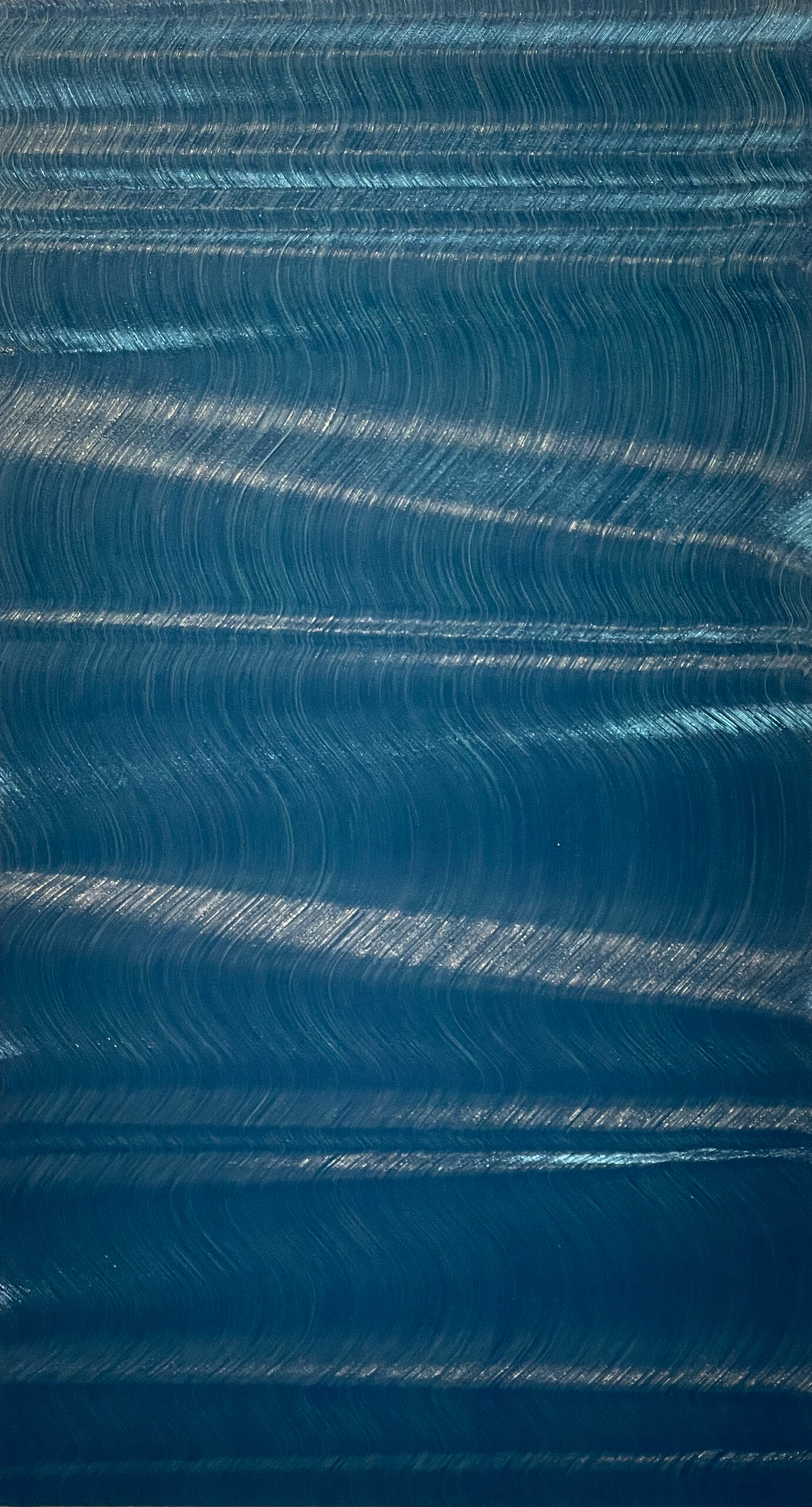 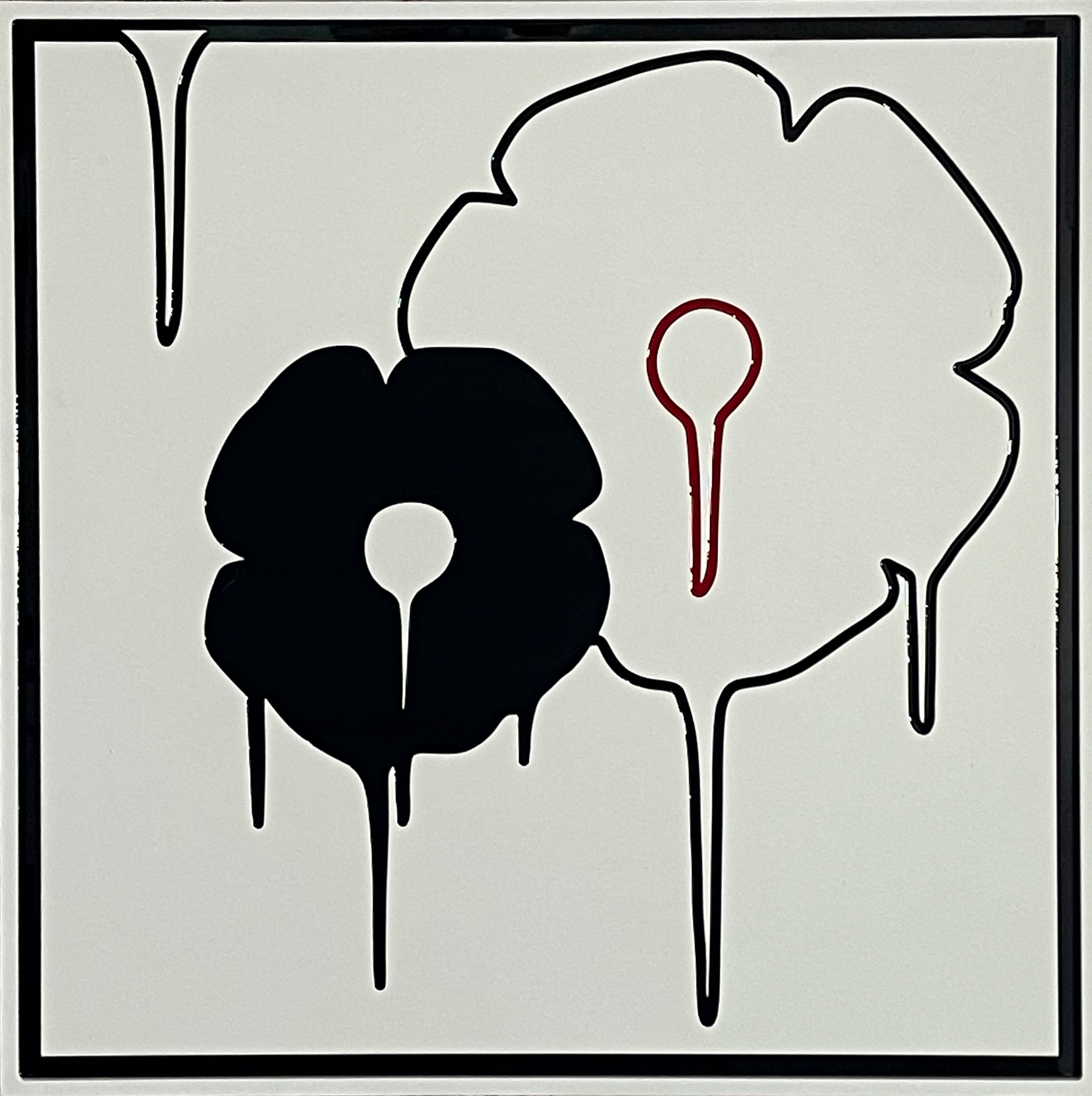 “My subject matter runs the gamut between seascapes, landscapes, florals, and abstracts to evoke the natural elements of my hometown. For me, painting is the medium which most activates the senses to examine memory and association. Through the power of the paint and two-dimensional surface structure, my work digs deep into the human consciousness and its natural tendency toward paradox: the struggle to balance isolation versus connection; stillness versus hyperactivity; vitality versus distress. My unique additive processes submerge the viewer deep into the picture plane. Taking the design principle of rhythm, my work generates a sense of awe and wonder. I maintain strict technical control of the medium especially when using monochromatic gradation as a means to transmit a sense of stillness; my use of flat colors and subtle color modulations transport the viewer into ethereal environments inviting them to a graduated state of contemplation.”

The pictorial work of Hamilton Aguiar (Brazil, 1965) had its initial inspiration in the world of mural and interior design. That world where paintings, the spatial fit of objects and the handling of lights are essential to activate our senses and sensibility. A world, in which the private interiority and the home kingdom are harmonized to keep the tensions and shocks of the outside life at bay. It was in this context of applied arts where he developed a refined management of different techniques and materials of the pictorial craft. An experience that had its field of action in New York at the end of the 80s, the city where he settled residence in 1987.

In 2004 Aguiar made the leap to the contemporary art scene with a painting whose fundamental characteristic, from the poetic point of view, is the use of neo-figurative language. A sensualistic neo- figuration of retinal inspiration deployed in flat colors, that exploits the scales and chromatic gradations of intense colors. Paintings where the background-figure-relation is gradually interwoven until merging into atmospheres and environments that transmit a great stillness. The look feels attracted by the explosion of light and color.

The landscape look in Hamilton Aguiar’s painting got accentuated since he settled in Miami in 2013. The nature and climate of southern Florida and its ecosystems appear emphatically in his paintings. For example, the lavish seascapes and elements of the Caribbean flora that surround Miami make their way into the works of his most recent exhibition “On the Horizon” (Blank Space Art Gallery, NYC, 2017) and “Hamilton Aguiar. Land and sea” (Newbury Fine Arts, Boston, 2018). In this neo-figurative poetics stand out the details around the treatment of light. The transparencies of the colors in the sand, the sky and the sea take on a volume, a moody corporality of human warmth. We are speaking of a combination of pictorial practice and craft subject to a careful technical control, both in the application phase of the painting and in the drying phase of the works. Pieces made of oil and resin in copper sheets on wooden panel, seeking to activate the sensuality of the viewer to submerge in the depth of these environments, leading us to a state of hypnotic contemplation.

Sculpture is an artistic medium in which Hamilton Aguiar has been working in recent years. A sculptural language that, similar to what happens in his painting, uses expressive resources of neo-figuration. An example of this is found in the sculpture ‘Everything turns to dust … some dust turns to gold’ (2015). It is a large-scale sculpture in neo-figurative language representing a great shark in gold. A shark that seems to advance undulating its body in a similar way to those that abound in the warm waters of the East coast of Florida. The piece is an explicit reference to what is already an icon of popular culture in South Florida. The experience of these years in the development of a neo-figurative language within the sculptural medium has served Aguiar to face more ambitious sculptural projects.

‘Walking to find myself’ (2018-2019) is the title of the last and most spectacular sculptural project by Hamilton Aguiar. A monumental sculpture inspired by the famous work ‘L ‘Homme qui marche’ (1961) by the Swiss sculptor Alberto Giacometti. Aguiar’s sculpture is made of steel and its colossal dimensions (14′ H x 8’ L x 18″ W ) work as a sort of loudspeaker of the philosophical intensity that Giacometti attributes to his work. From that mentioned work Aguiar recovers an expression that contains both the meaning of life and a deep understanding of death. The viewer delves into the sculpture of an upright human body that advances with legs and arms stretched. His step seems to freeze in space denoting a robotic body movement, as if it were a machine that moves towards nowhere. In ‘Walking to find myself’, Aguiar has employed not only a figurative language, but also resources of neo-expressionist poetics visible in the treatment of the body and the human face. The skin and the features of this giant steel body are crushed by deformations, by rugosities of different intensities. This effect is caused by the artist practicing, incisions of welds with iron wire covered with copper on the sculptural surface. Therefore, both the body and the face project a relief of accidents and slits, which are configured expressions of contradictory human feelings: loneliness and lack of love. Rough surfaces that make the naked body and its features somewhat ramshackle and counterfeit regarding to the classic canons of representation of bodily beauty.
‘Walking to find myself’ reflects on a humanity that flees from desolation and at the same time cries out for the vitality of life, as a symbol of a spirit of love that struggles not to become extinct.
The work of Hamilton Aguiar is represented by important galleries and exhibition spaces of contemporary art from Latin America and the United States. His work has been widely exhibited in the circuits of international fairs and is part of important collections of contemporary art, both public and private.