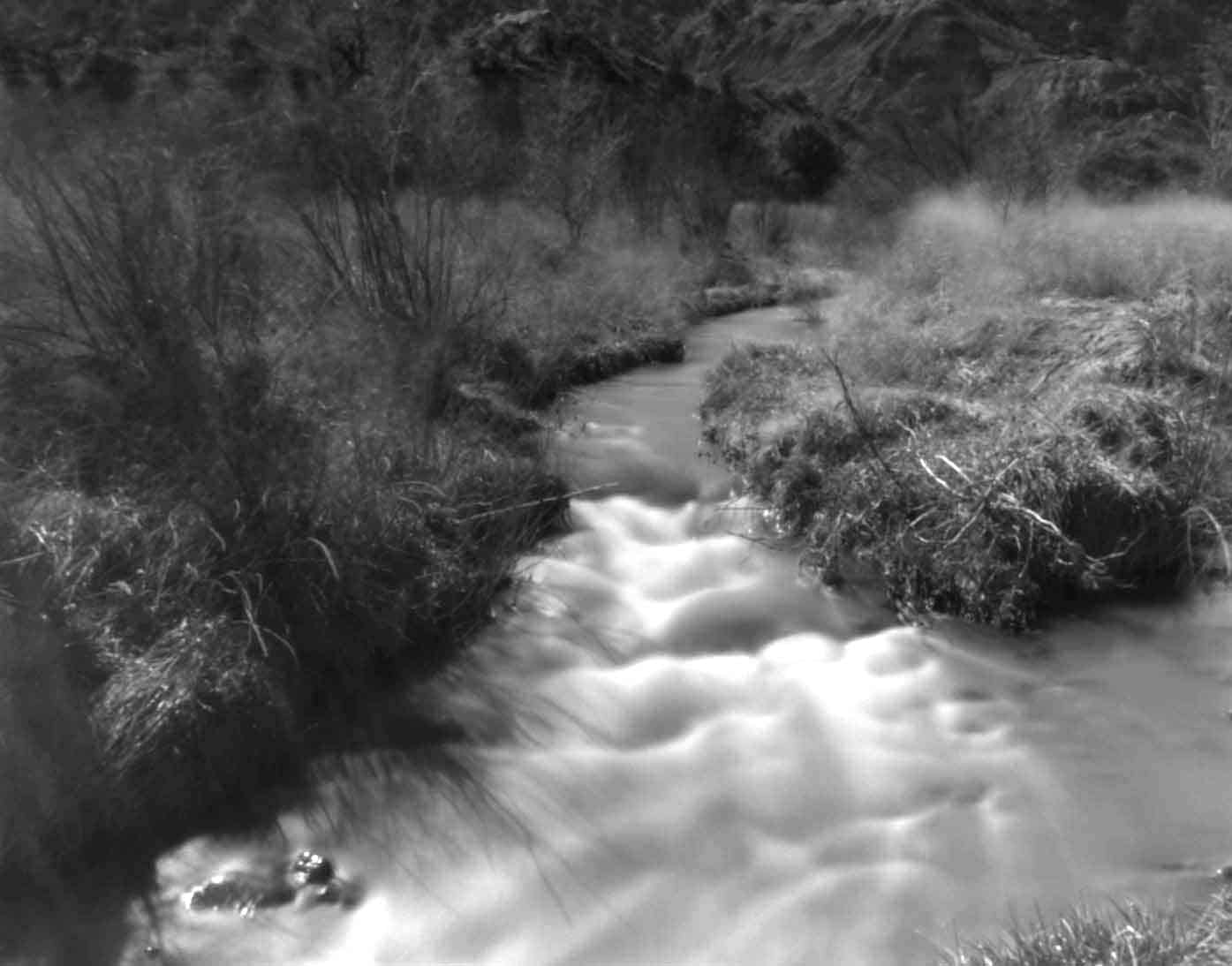 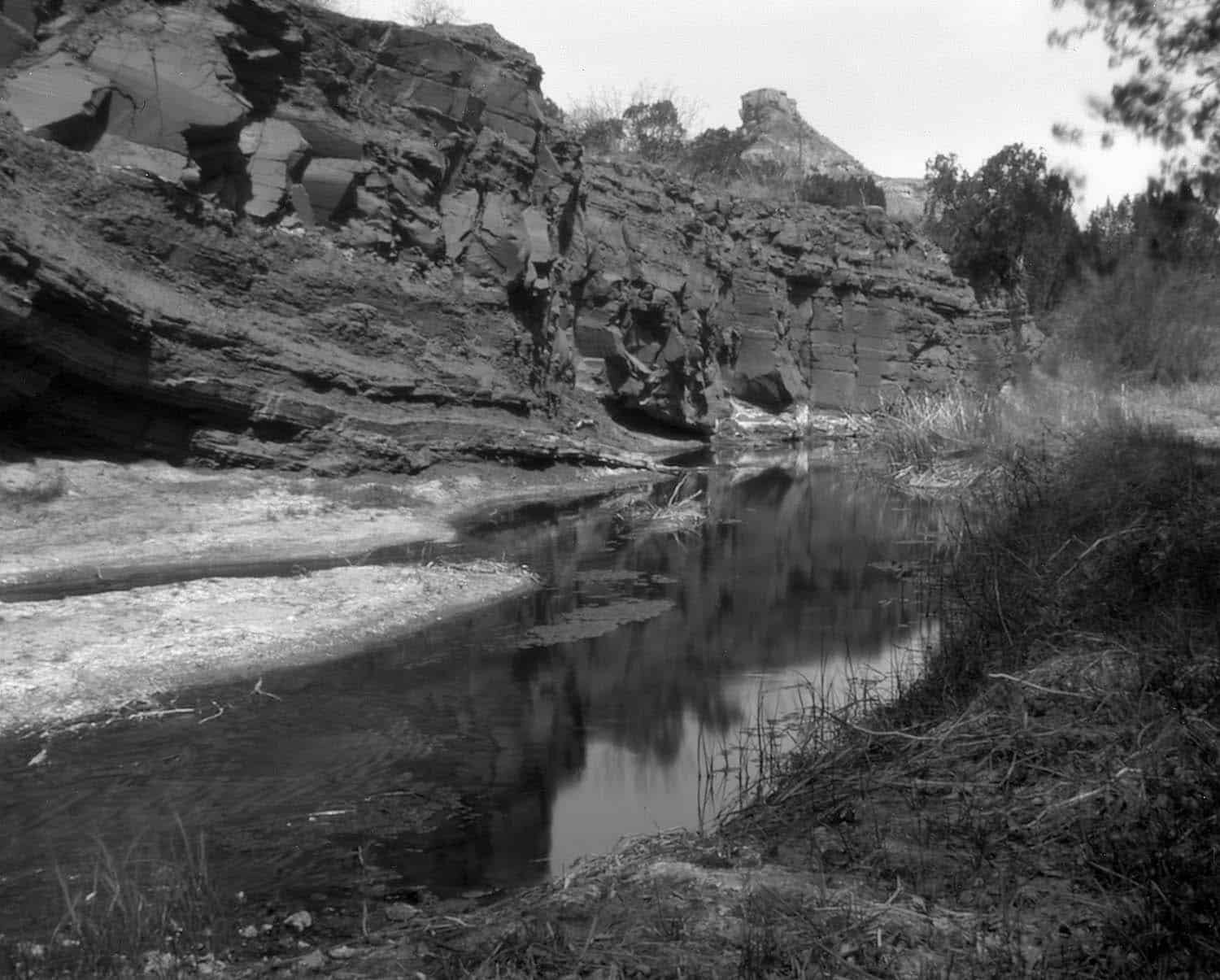 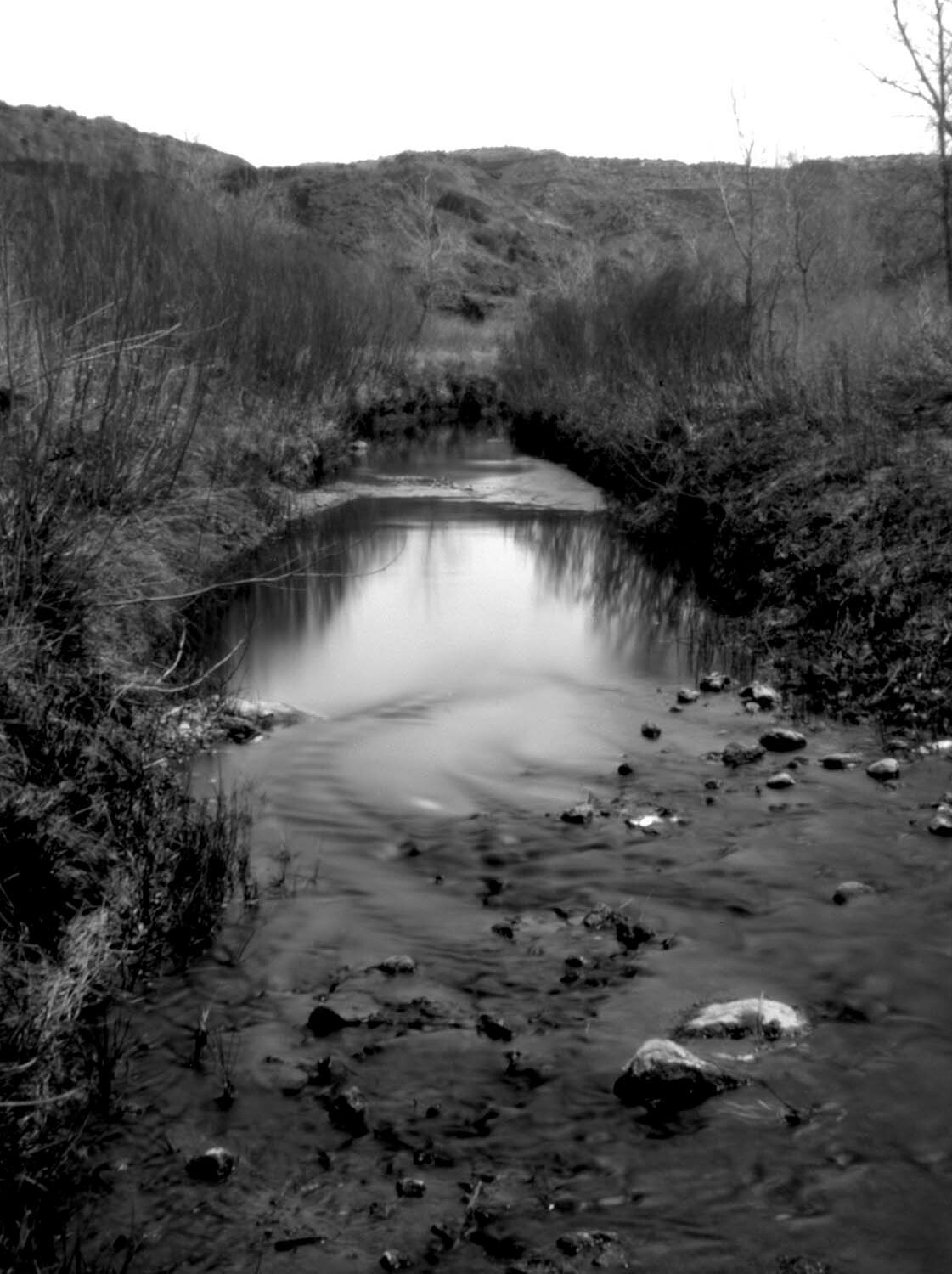 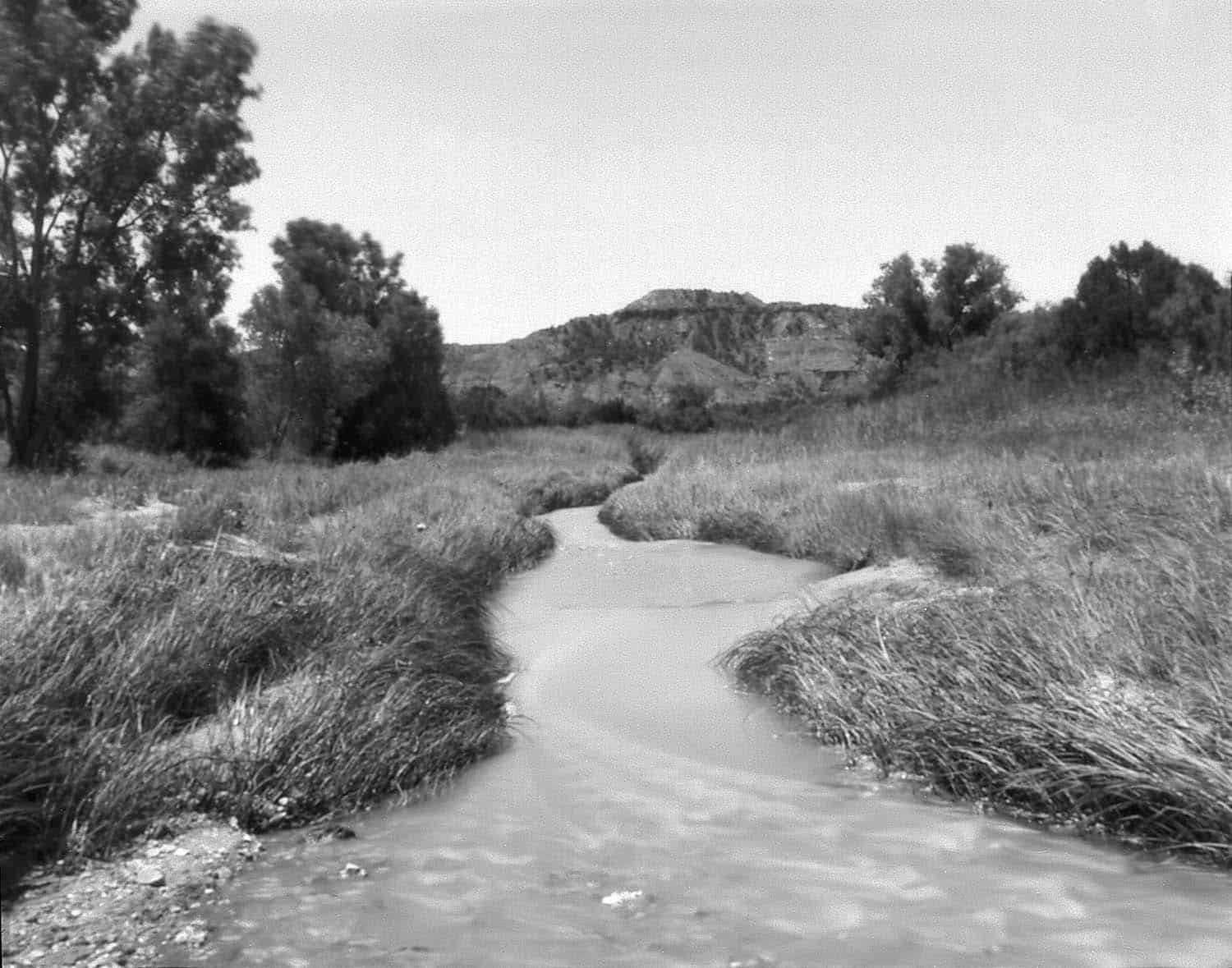 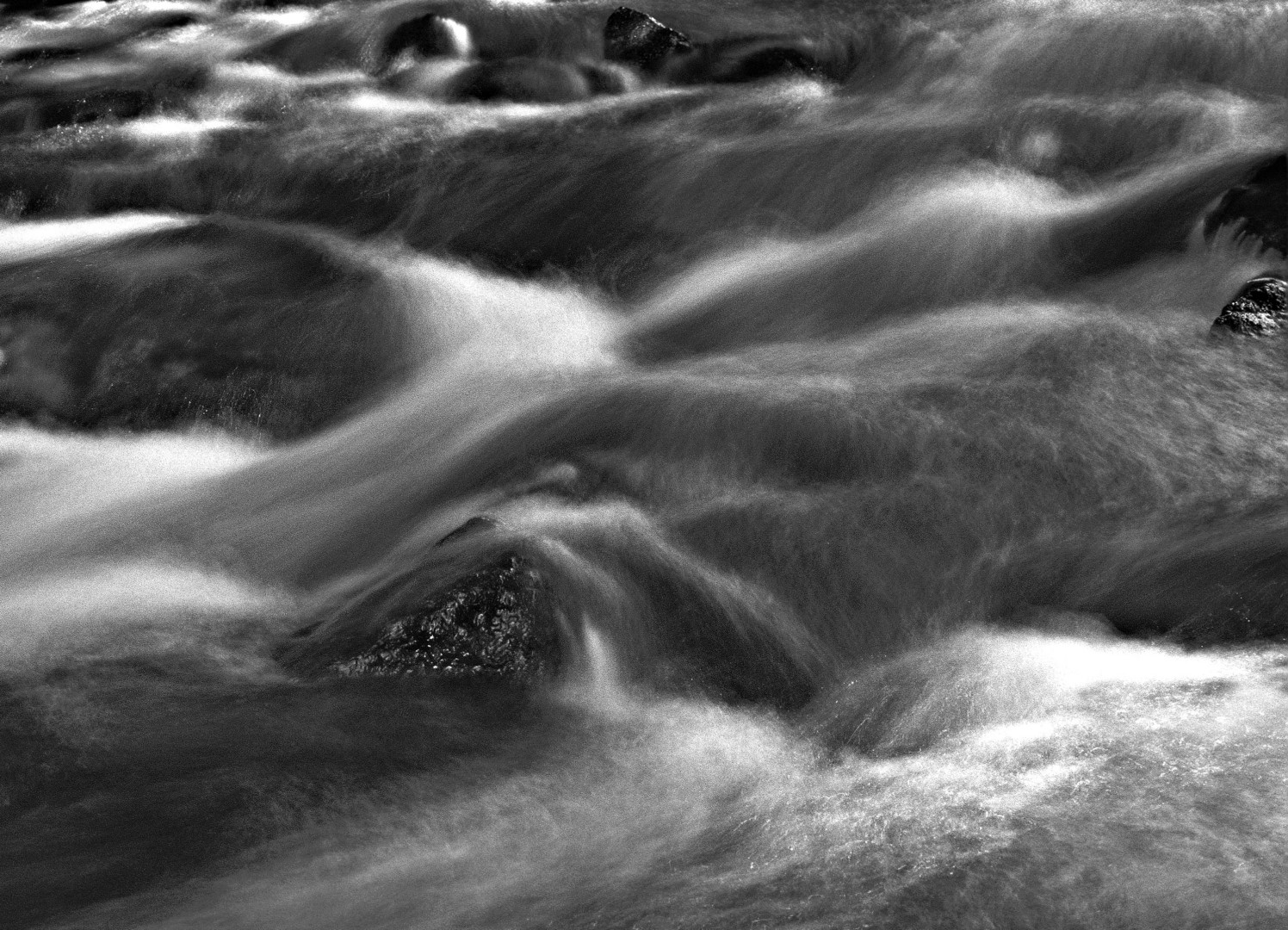 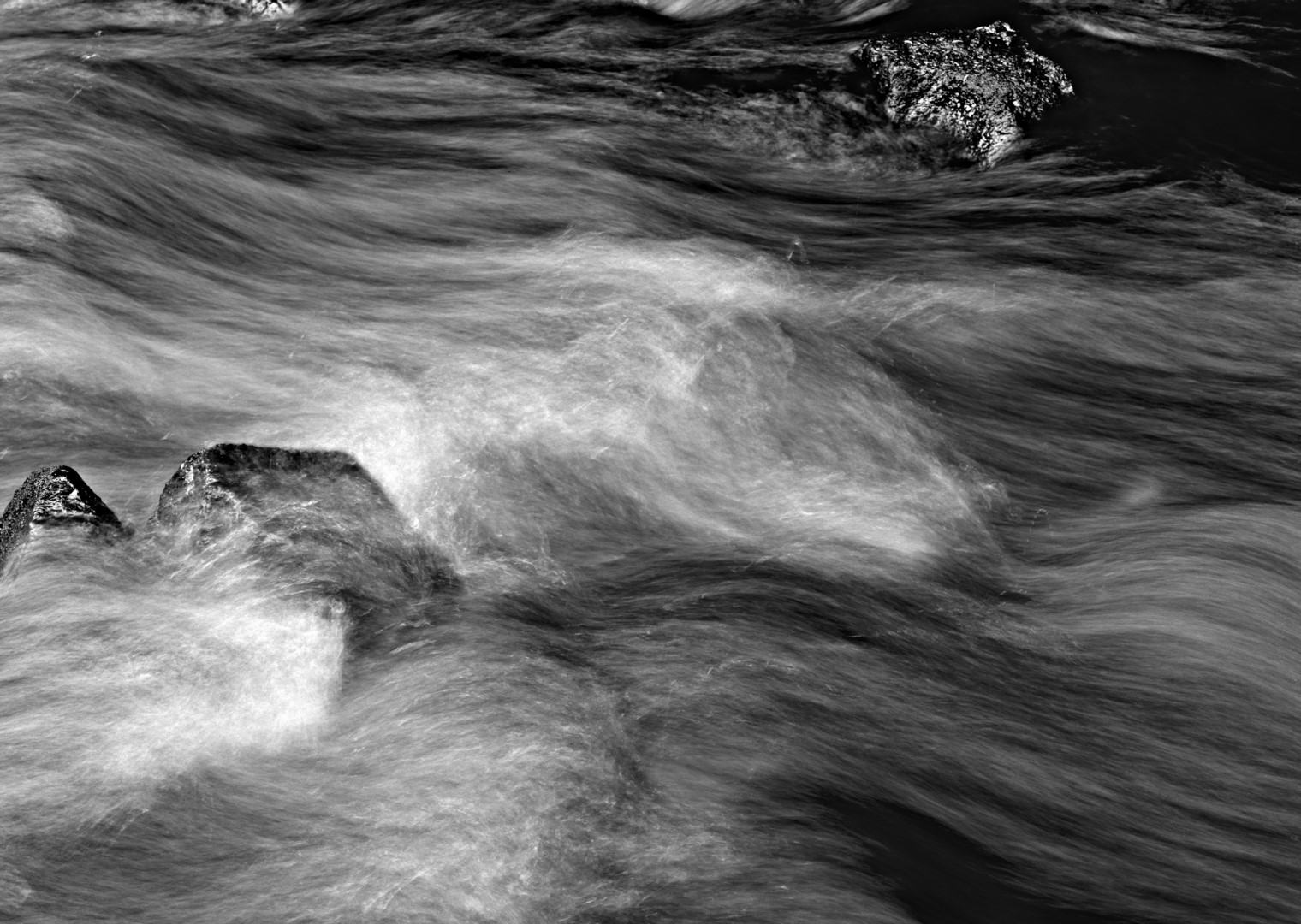 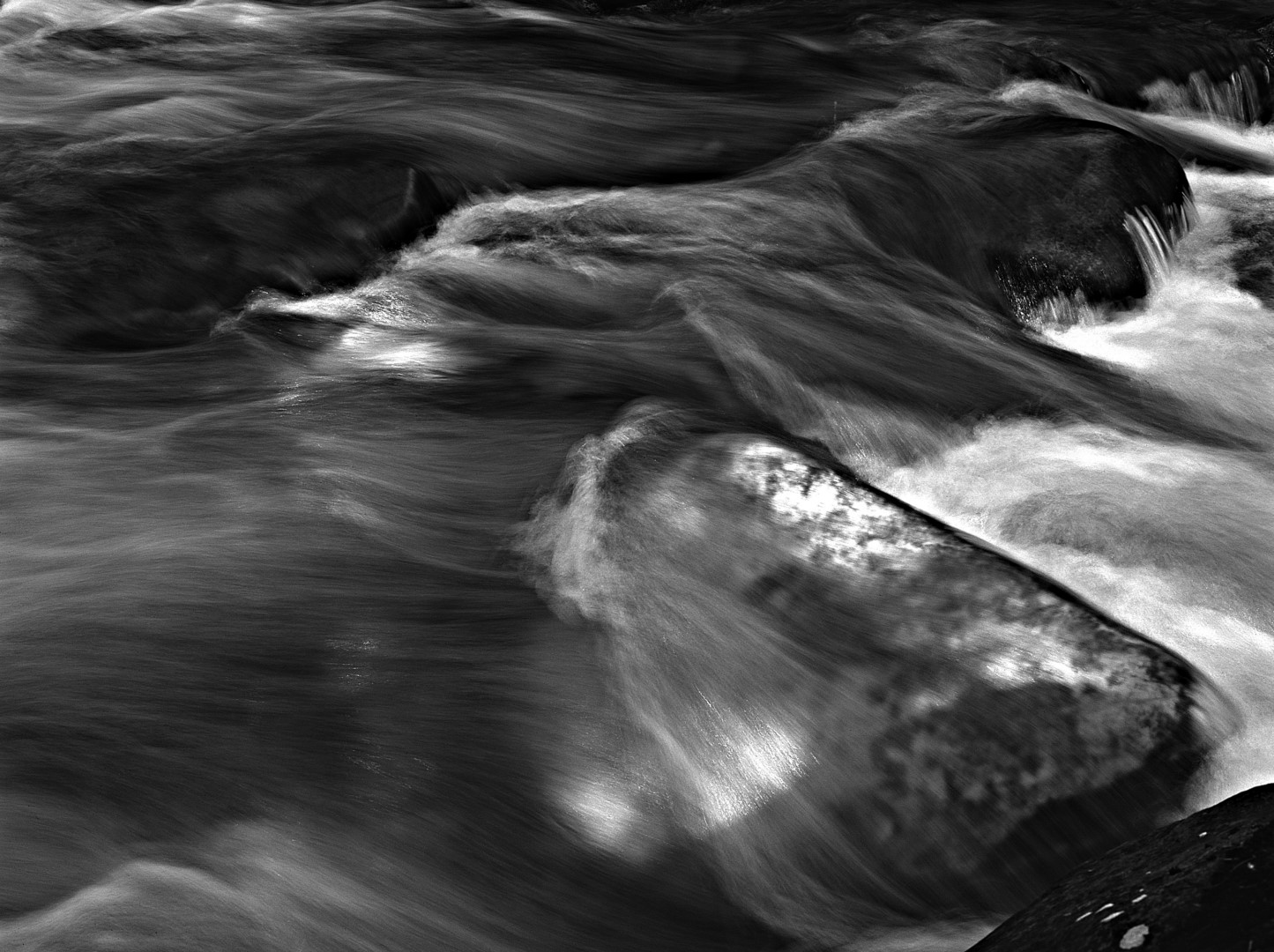 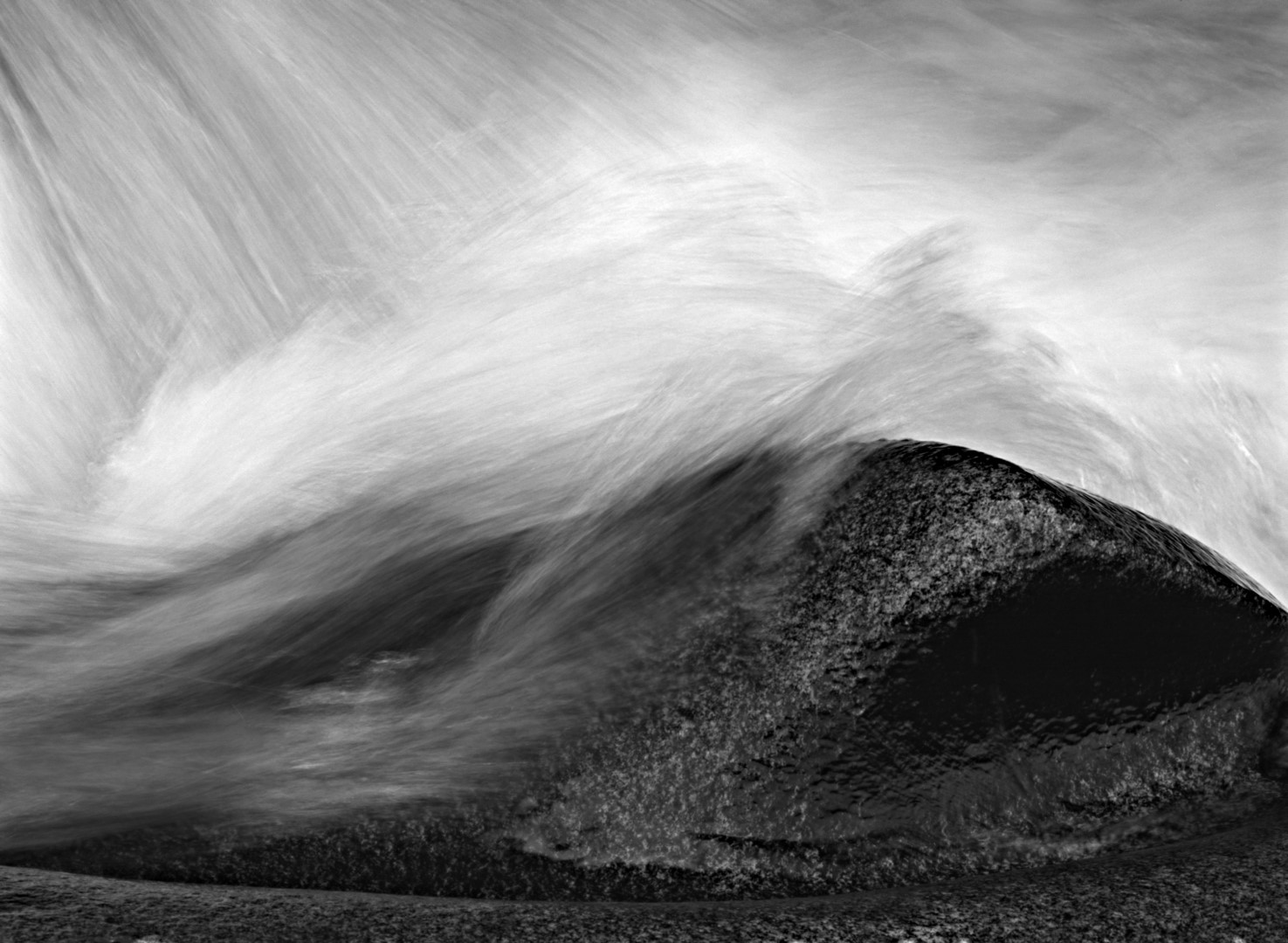 We are fortunate to live during a time when there are wild and natural landscapes still accessible to photograph and enjoy. I have always been drawn to these places and some of my fondest memories are those times when light and the landscape conspire to reveal something we haven’t seen before. It becomes a special moment when light, form, tone and texture create a sense of wonder in the viewer. The images presented in this portfolio are studies in the movement and effects of water in wild places. Much of the time water is on the move and it can be a challenge to capture that aspect. Decisions made about shutter speed, exposure and post-processing make it possible to present the direction of flow and the power of water as it moves around and over objects. Philip Hyde said it best when he talked about natural places having integrity, expressing wholeness and individuality, ultimately giving us a sense of place when we are in the wilderness. In that sense I consider my landscape work the challenge of making a portrait of a place, carrying with it a complex of emotions, surprise, insight and love of subject. In those instances where all these elements come together, that’s when you have a photograph.

Charles Kitsman took up photography in the late 1980s to gather ideas for sculpture, but soon found the desire to photograph the natural landscape won out. Working in color at first, he studied with Jim Bones and Philip Hyde; then he explored black-and-white studying with John Sexton, Scott Hyde and Linda Connor. He also attended workshops led by William Christenberry and Mac Holbert.
A graduate of Stanford University in the early 1970s, Kitsman continued his education with graduate work at the University of Michigan in the behavioral sciences and then earned an M.B.A. from West Texas A & M University. He has been a financial advisor since the early 1980s, with A. G. Edwards for most of those years, but now owning and operating Kitsman Investment Management.
His work has appeared in numerous juried local shows and exhibits, and it is in collections across the country. Among the publications including his work is the last “Book of Days Calendar.” Active in the community, Kitsman has served on the boards of The Children’s Home, Opportunity School, The Samaritan Pastoral Counseling Center, Golden Nail Committee, The Amarillo Symphony, Chamber Music Amarillo and on the Photography Subcommittee of The Amarillo Museum of Art. He has been an Elder and a Deacon of First Presbyterian Church, where he and his wife Georgia are members.