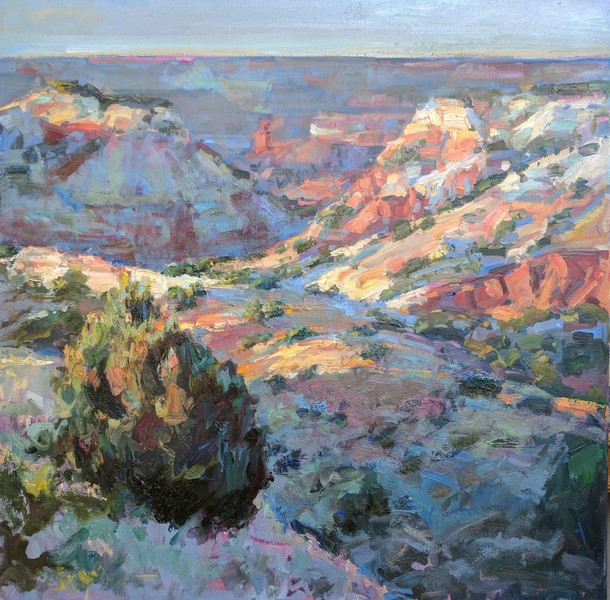 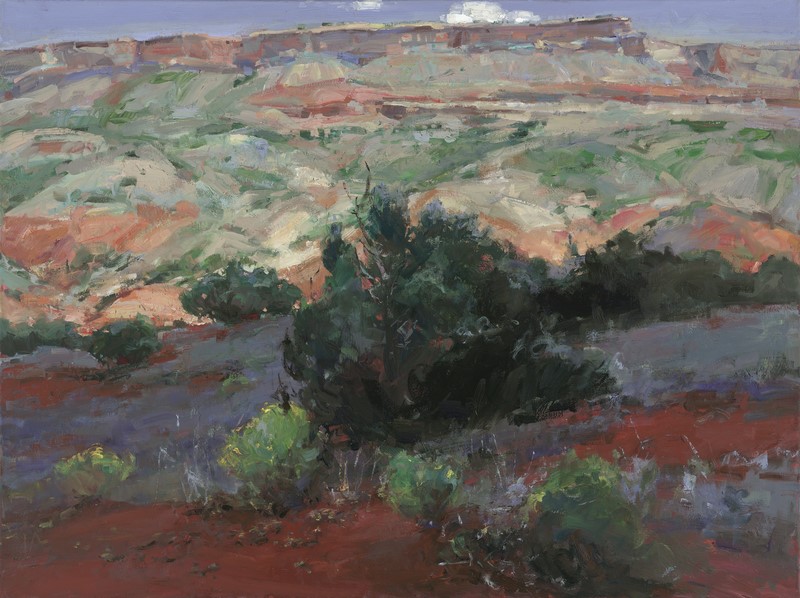 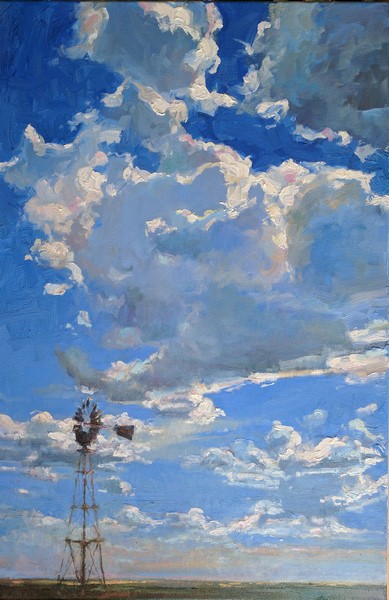 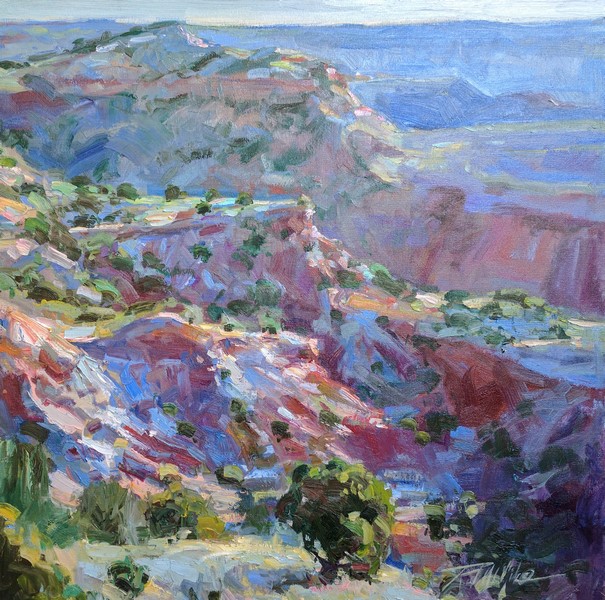 His natural ability was given a strong foundation in traditional impressionism, this was brought forward during his tenure at the prestigious American Academy of Art in Chicago, His knowledge of his gift was honed with the tutelage under Masters Irving Shapiro and Ted Smuskiewicz and because of these Great Masters’ he was the recipient of numerous scholarships, and awards at such a young age.

“One of the Chosen spots on earth” according to writer D.H. Lawrence-It has been a Mecca of creativity for centuries. Taos. Nichols’ tutelage from both Masters brought forth artist’s such as Nicolia Fechin and the Taos Founders during his time at the Academy, as some may say he was “weaned on that creativity“. So at his first opportunity he came upon that utopian vista covered in silvery green and purplish toned, and in viewing into the valley he said to himself “I understand”. Energy beyond expression.

Nichols’s sees that Taos and his creativity are intertwined. A thread that is woven in the tapestry that makes his artistic life what it is. It’s living in an unknown territory not sure of the final chapter but enjoying the journey. A journey path that he is still partaking, from subject matters of: landscape, figurative works and still life. Acutely aware of the delicate hues created by light, Richard strives to render, in his words “a visual poem” with each stroke. Whether brushed in oil, a textured charcoal to a splashing stroke of watercolor he tries capture not of the knowing but of the feeling. Allowing that unknown creative spirit to be the guide of his works from that of a Sunflower petal of a Still Life, Bustling street of the a City, to the Plein Aire light that the Sangre De Cristo’s enchant with.

As an internationally recognized artist Richard Alan Nichols is highly sought after by many private collectors and in many permanent collections such as American Academy of Art, Koop Collection, Crouch Collection, Hughes Collection, Goloff Collection,Taos Art Museum, The Town of Taos, Sears, Roebuck & Company, the Universities of Wisconsin, Nebraska, Minnesota and Missouri, (partial list)

Exhibiting and awarded in numerous National & International Juried Exhibitions including those of the Oil Painters of America, The Society of Master Impressionists, American Impressionists, Nomadas Del Arte, Art for the Parks, The Salon International, and recently received the honor of being chosen the official poster artists for the prestigious Taos Invites Taos.

Richard and his family live nestled in the foothills of the Sangre De Cristo Mountains in The Art Meccaknown as “Taos”. To honor and nurture their spirit of the journey.