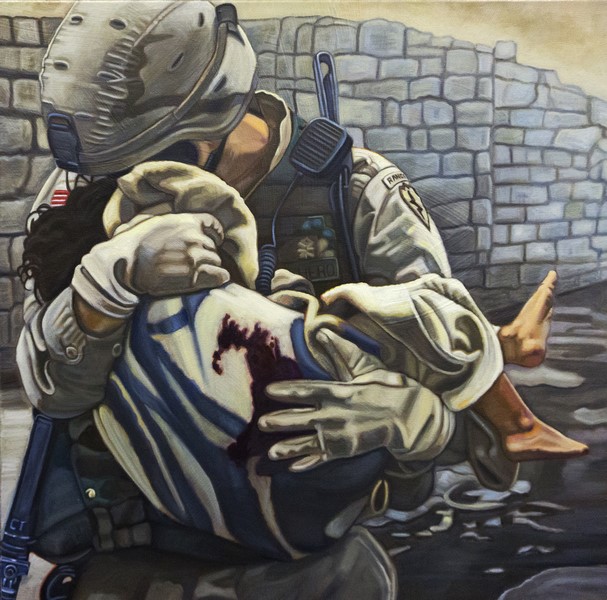 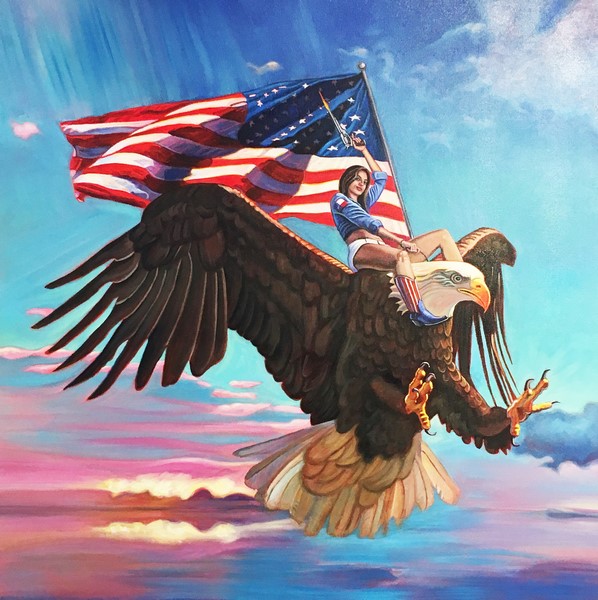 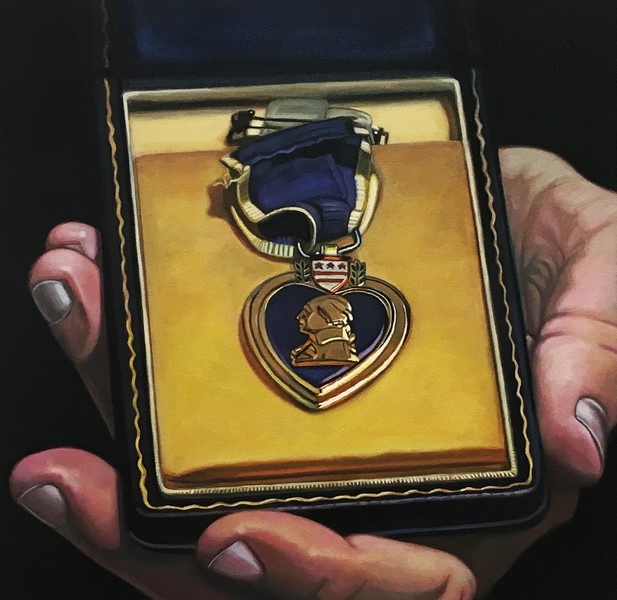 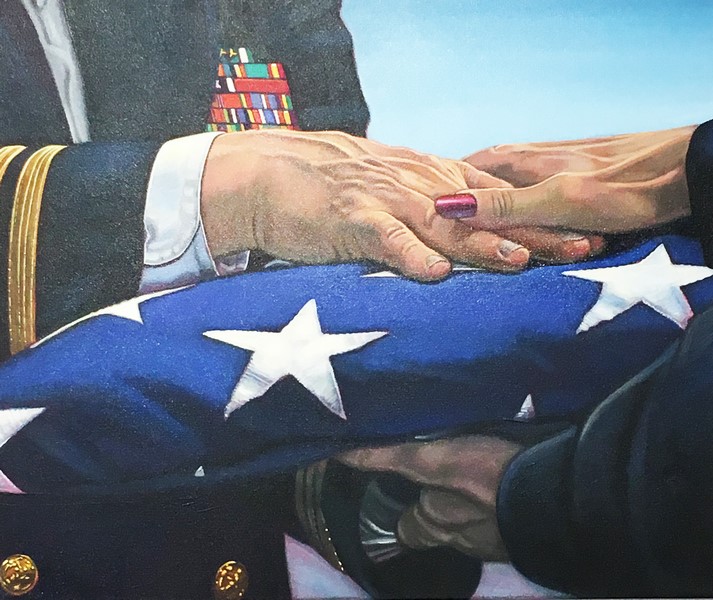 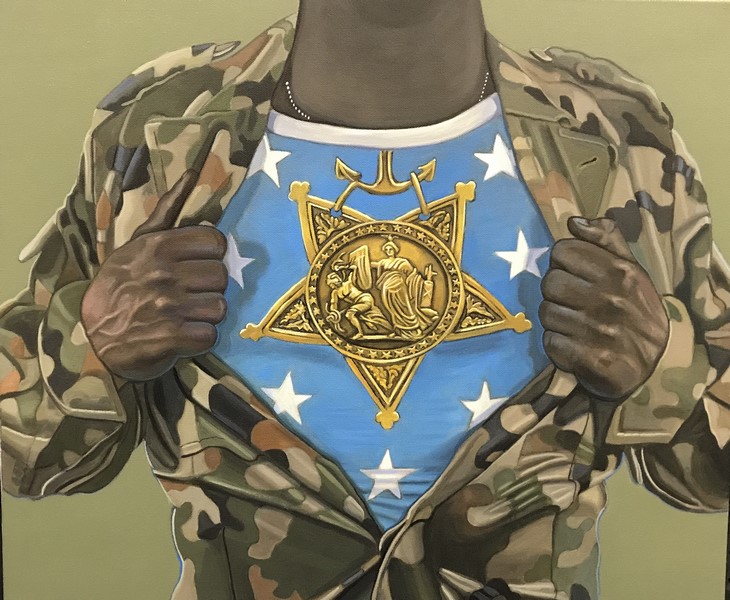 Deciding what to focus on for this show, Perceptions of War, led me to the idea of “What is a real hero to me”? An authentic hero isn’t some fictional character introduced into the pop culture. This brave human being is willing to put their life on the line for something bigger than themselves and the greater good of humanity. In this series, my work focuses on the sober reality of what the outcome of being a hero encompasses, pain, sacrifice, bravery, nobility, strength, and death.

I think of my paintings as a snapshot of the modern society in which we live. Cityscapes became my niche because I’ve always been drawn to perspective, automobiles and the urban landscape. The metropolitan landscape has the qualities of contemporary life, man-made lighting juxtaposed to the natural sky. I have decided to go back to the rural and urban landscape because this is the subject matter that moved me to paint in the beginning of my career. I’m inspired by a beautiful sky or the perspective and lights of a cityscape. I’ve always been fascinated by motor vehicles and architecture since childhood. I am currently spending more time on the layout and composition of my artwork. My paintings are a glimpse of the civilization in which I have lived and observed.

Michael Longhofer’s paintings, ranging from cityscapes to contemplative figure studies, are a chronicle of both places he has seen or imagined. His contemporary realistic approach draws on a painterly tradition. Longhofer’s somewhat modern scenes are at once familiar yet foreign. Some are places the viewer recognizes while others have a dream-like quality. Perspective and depth draw the viewer into the piece. Buildings and figures are painted with intense contrast. Colors burst out of the canvas with an otherworldly light. The skies are beautiful and mysterious. Michael’s contemporary abstracts are painted with layers of colors that puddle up like rain on glass. Michael Longhofer earned a B.F.A. from The Laguna College of Art and Design. He currently resides in Amarillo, Texas working on his Master’s Degree at WTAMU in painting and doing commissioned work. Michael Also teaches at Amarillo Art Institute. He appreciates the time you have spent viewing the artwork. His work is worth investigating!

 May 6th, One of Five in Private Cottonwood Artist Show at “The Eisemman Center for Performing Arts”
Richardson, TX

2005 March juried into the NJE of Plano Art Association

2012 Featured in an on front page in Perryton Herald for Historic Mural.

1986 through 1990 completed military drawings and portraits for U.S.M.C.

1997 through 2000-freelanced as a photoshop artist and graphic designer, clients include Neimman Marcus Direct

2006 through 2007 painted, designed Ace Park Mural for the city of North Richland Hills.

2008 painted commissions including Rocky Cherry of the New York Mets

2009 completed mural for a restaurant in Houston, Texas

2011 taught and ran fun art classes as a Freelancer