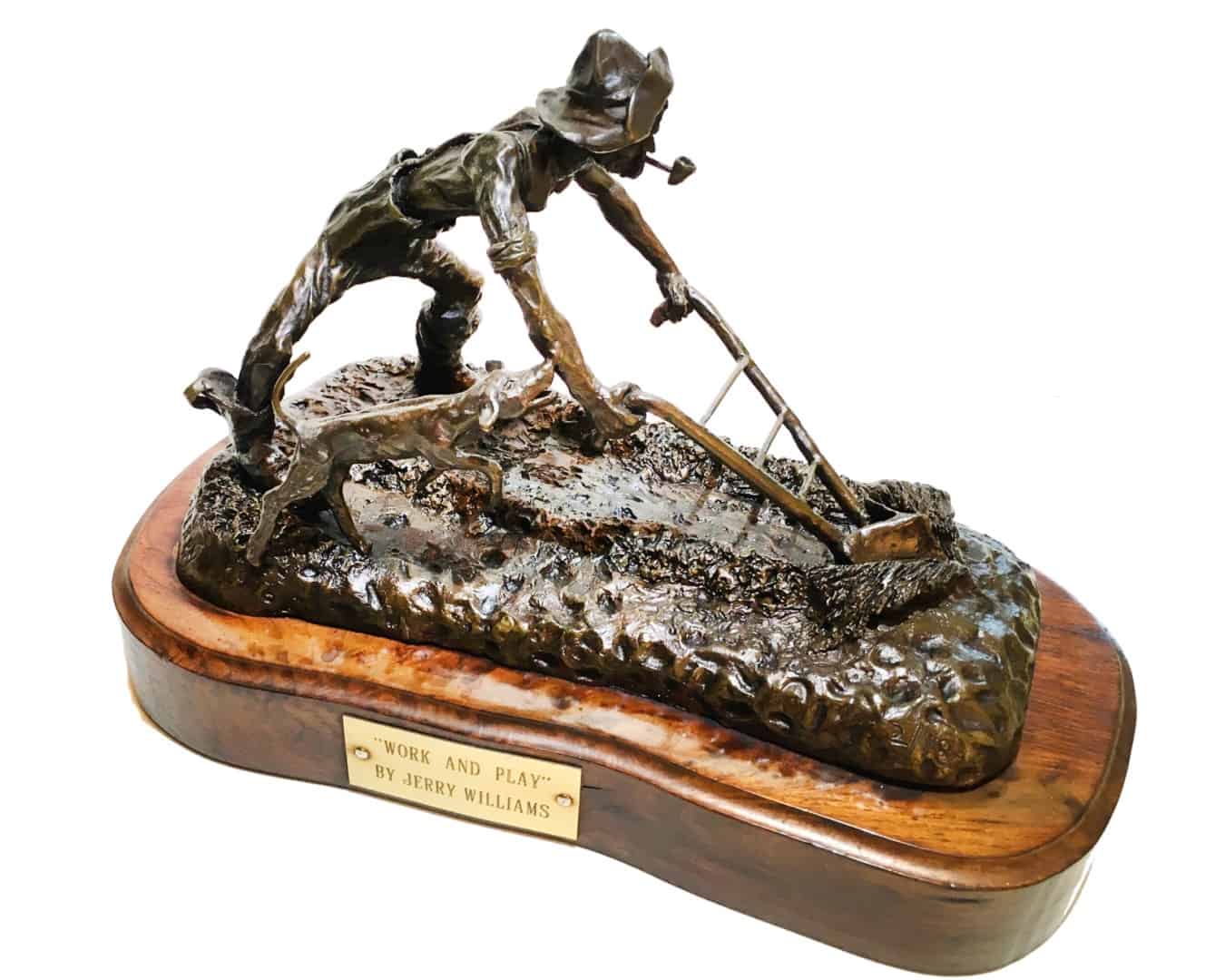 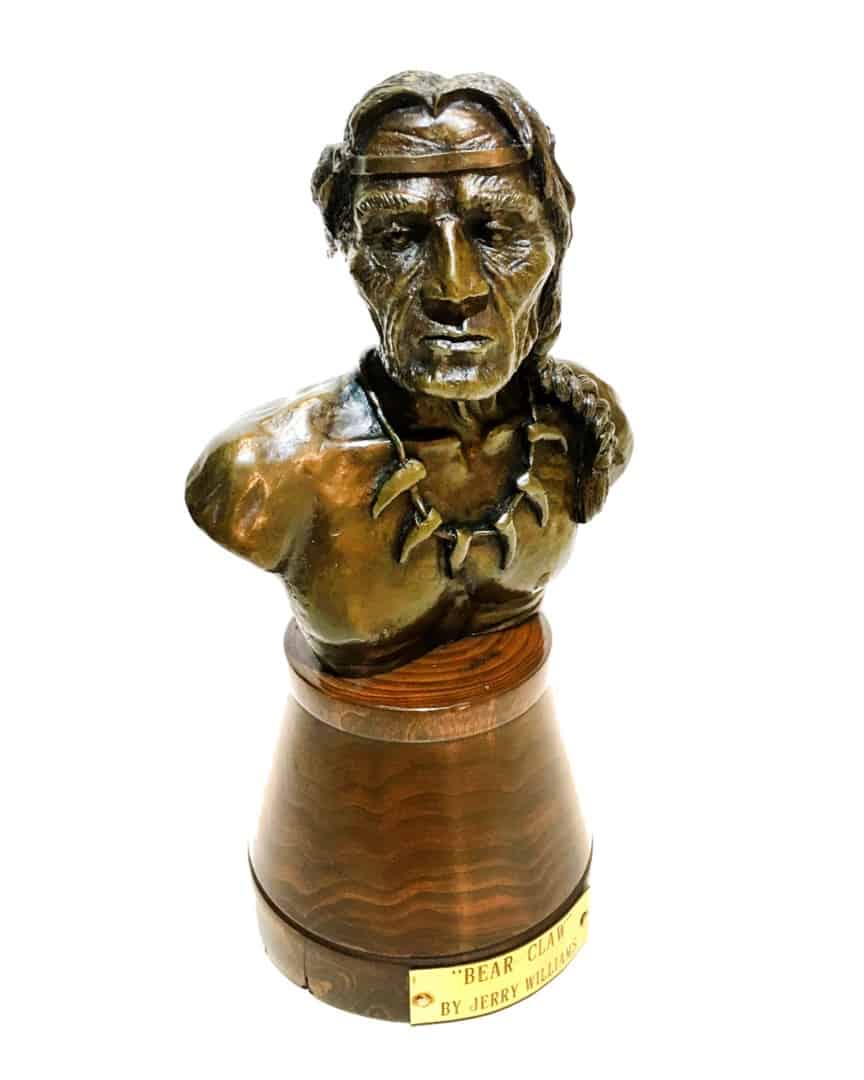 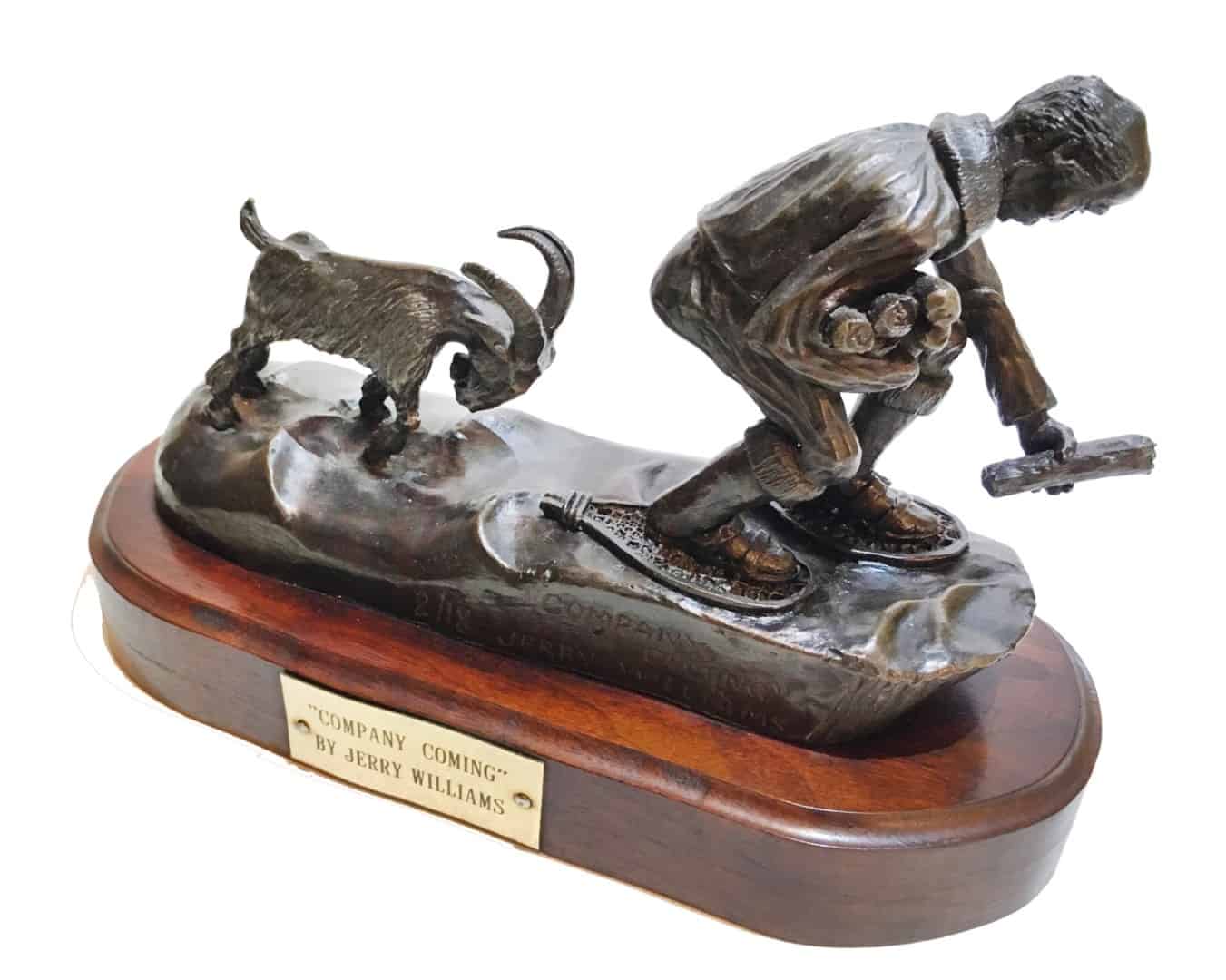 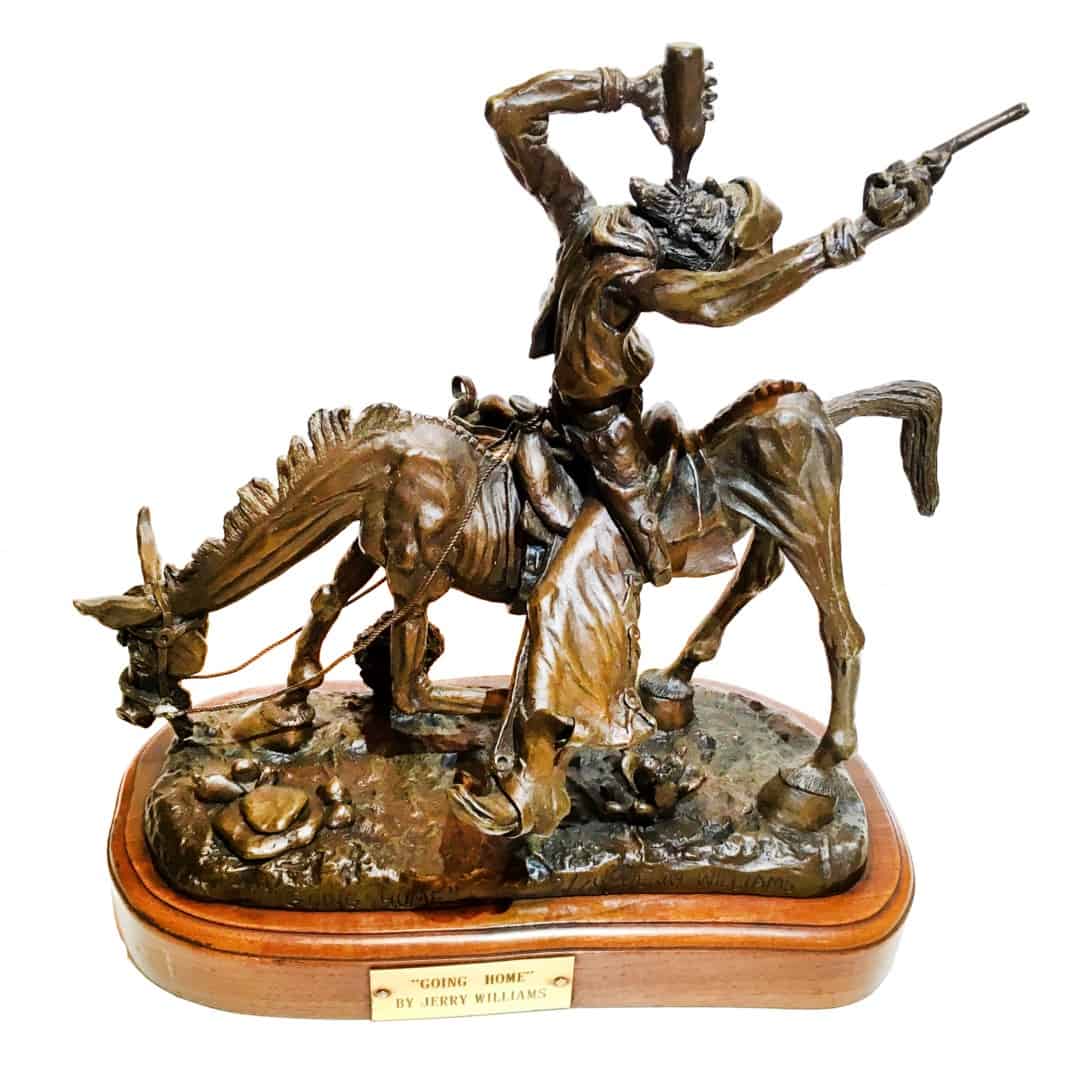 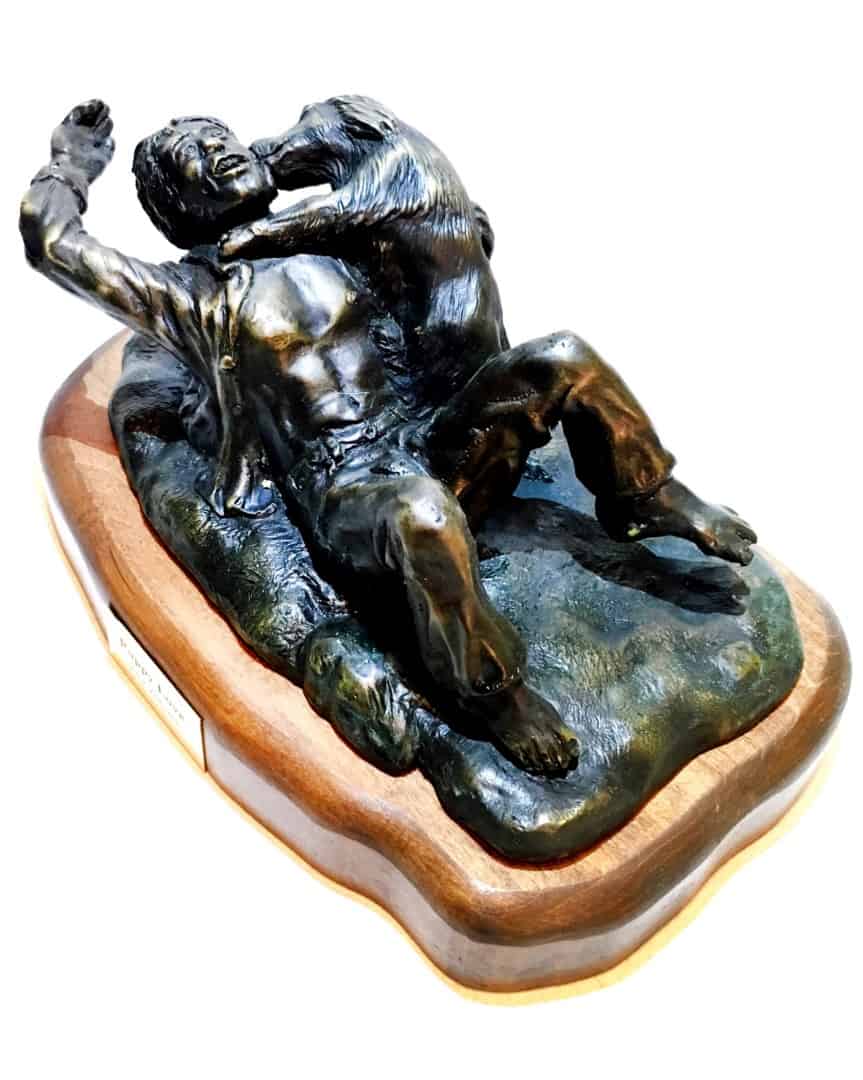 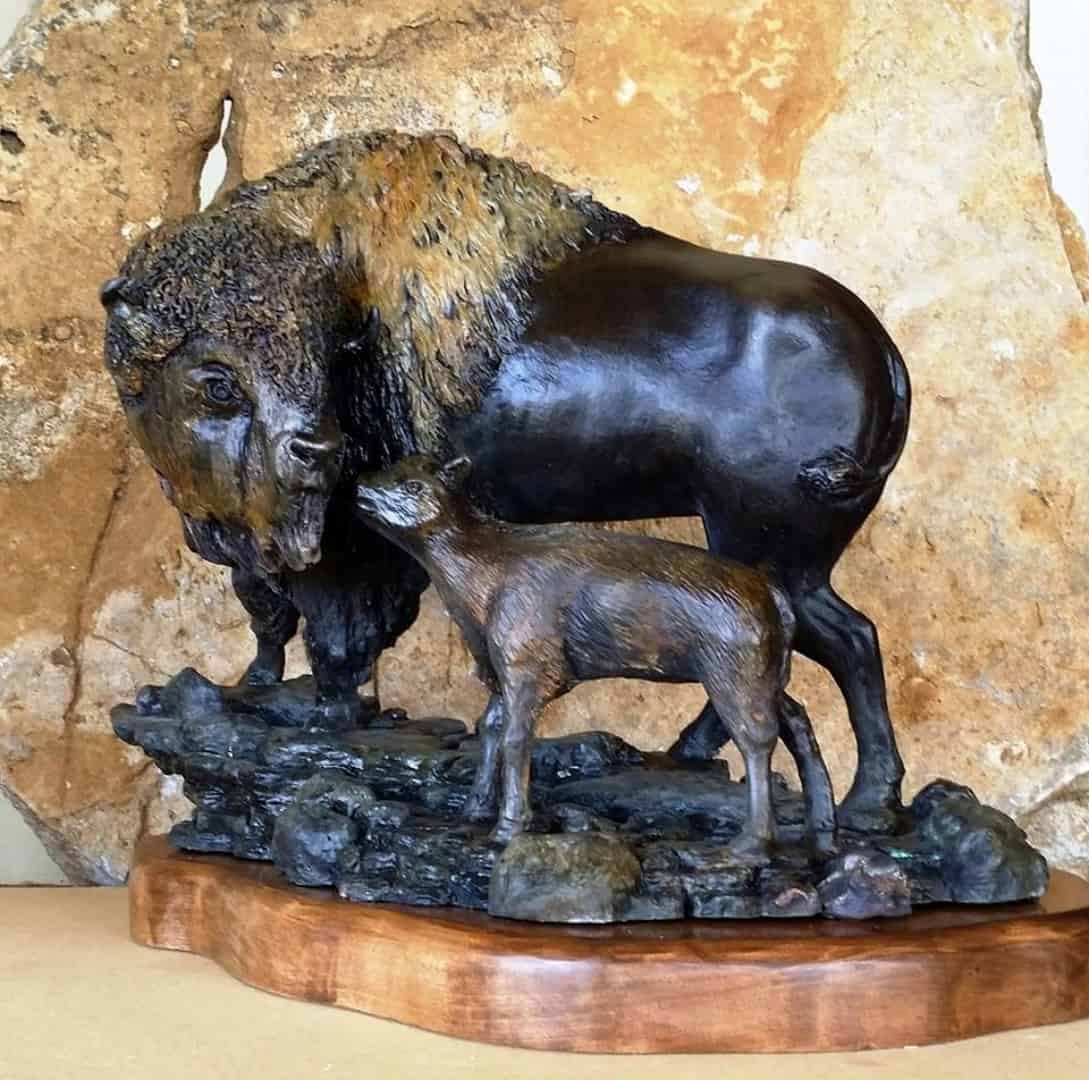 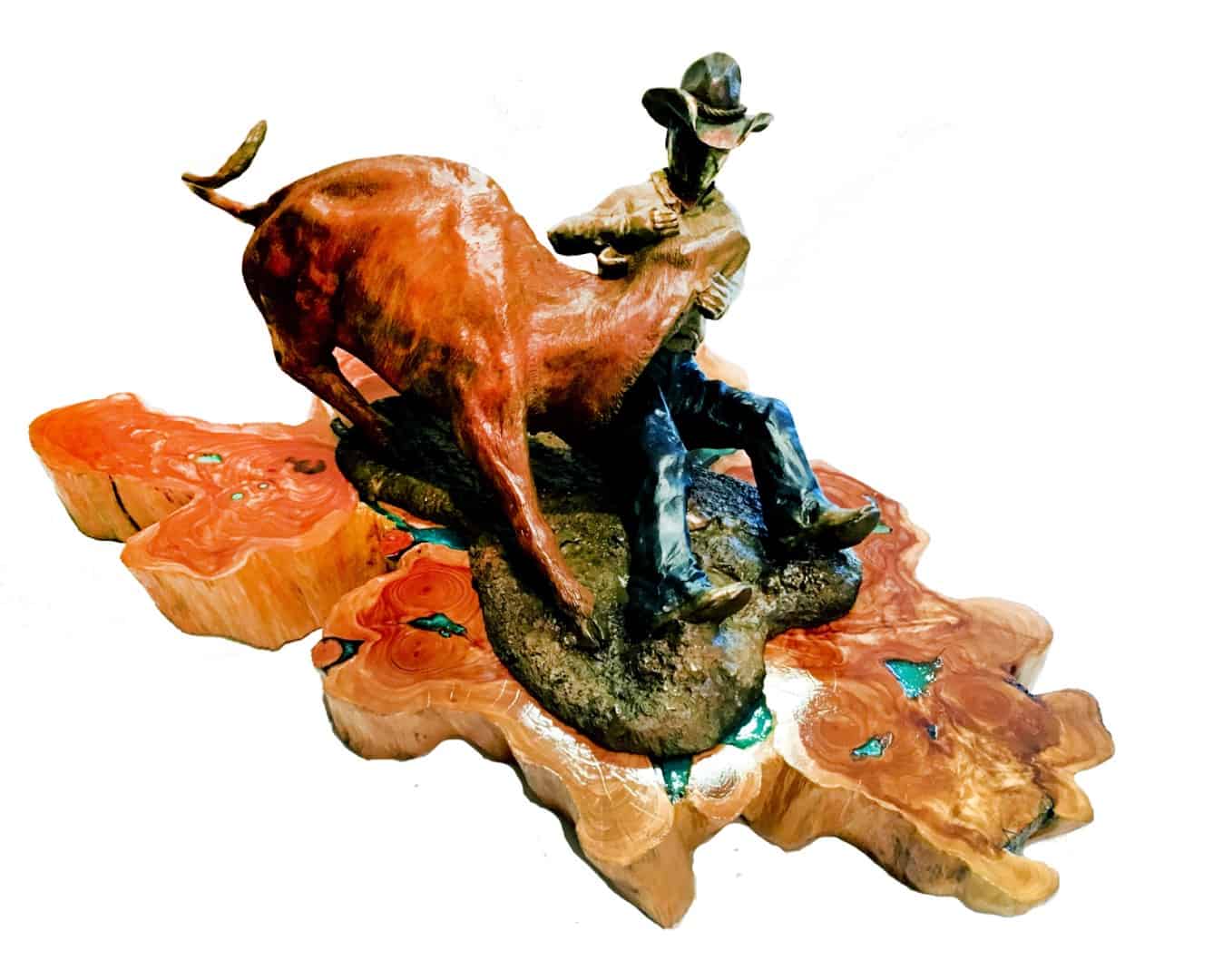 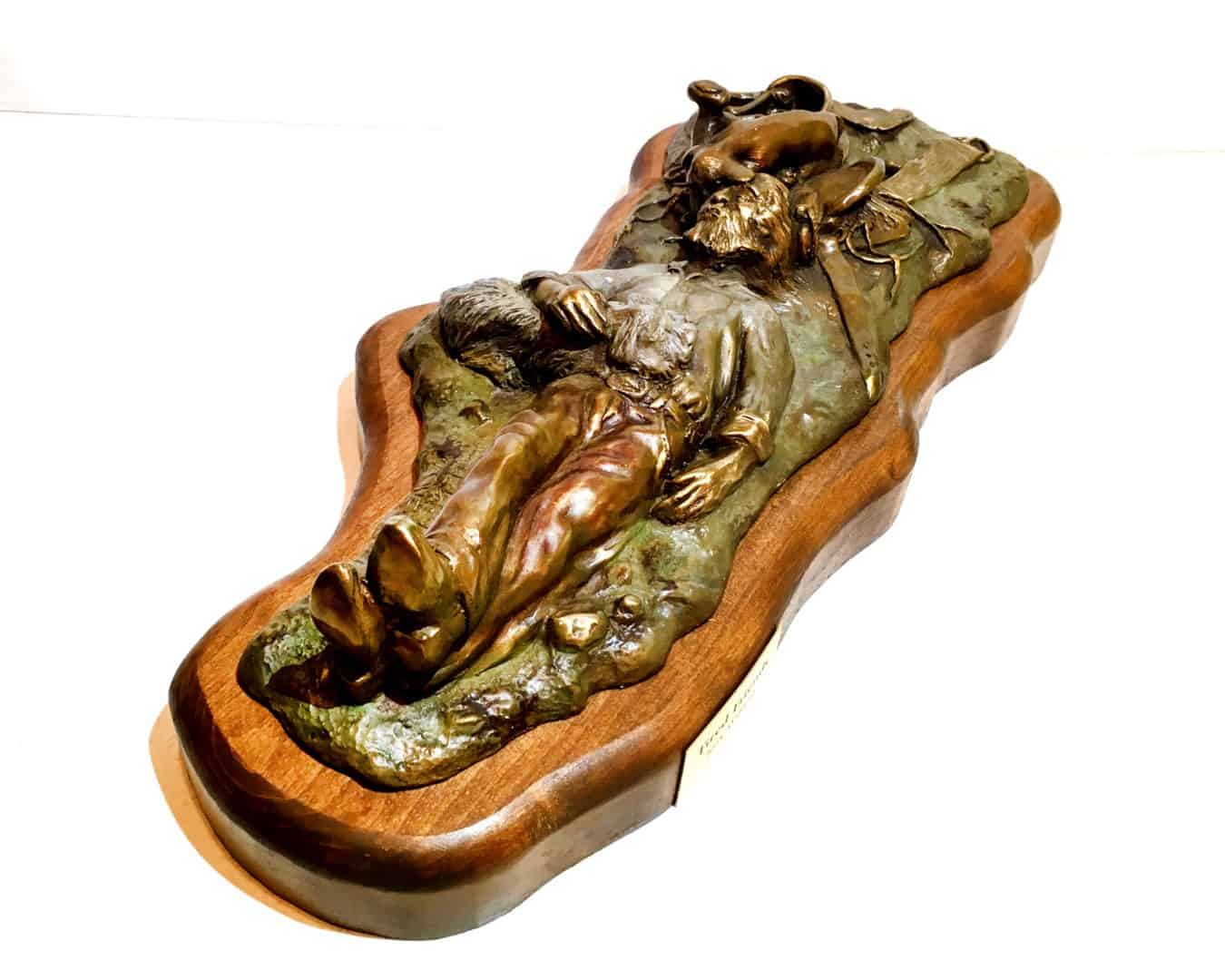 Jerry Williams is a Western bronze sculptor from Amarillo, Texas. A native of the Texas Panhandle, Jerry became a math teacher and school administrator, serving primarily Dumas and Amarillo ISD. He is now semi-retired with 50 years experience in the education field. He and his wife, Jeanne, have returned to Amarillo after working and living for 23 years in Southeast Texas.

for the past 33 years. Recently his son, Jeff Williams, began to sculpt with the same artistry and past-dedication as his father, and in the process enticed Jerry to begin sculpting again. With renewed spirit and love for the craft, Jerry has embedded himself once again to creating new Western pieces. The Cerulean Gallery exhibition sculpting displays will include five new sculptures, all first editions, along with four of his originals from the 1970’s.