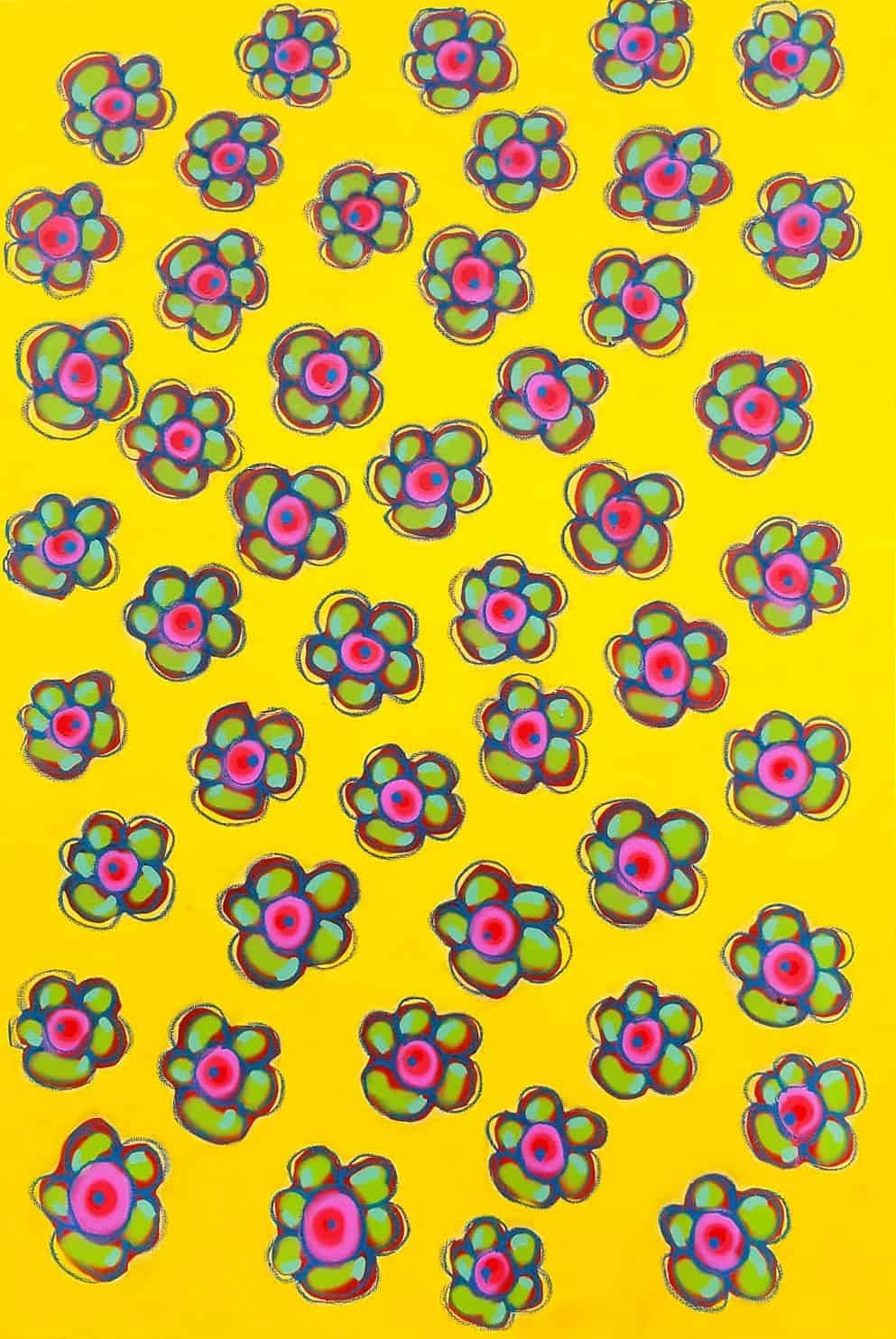 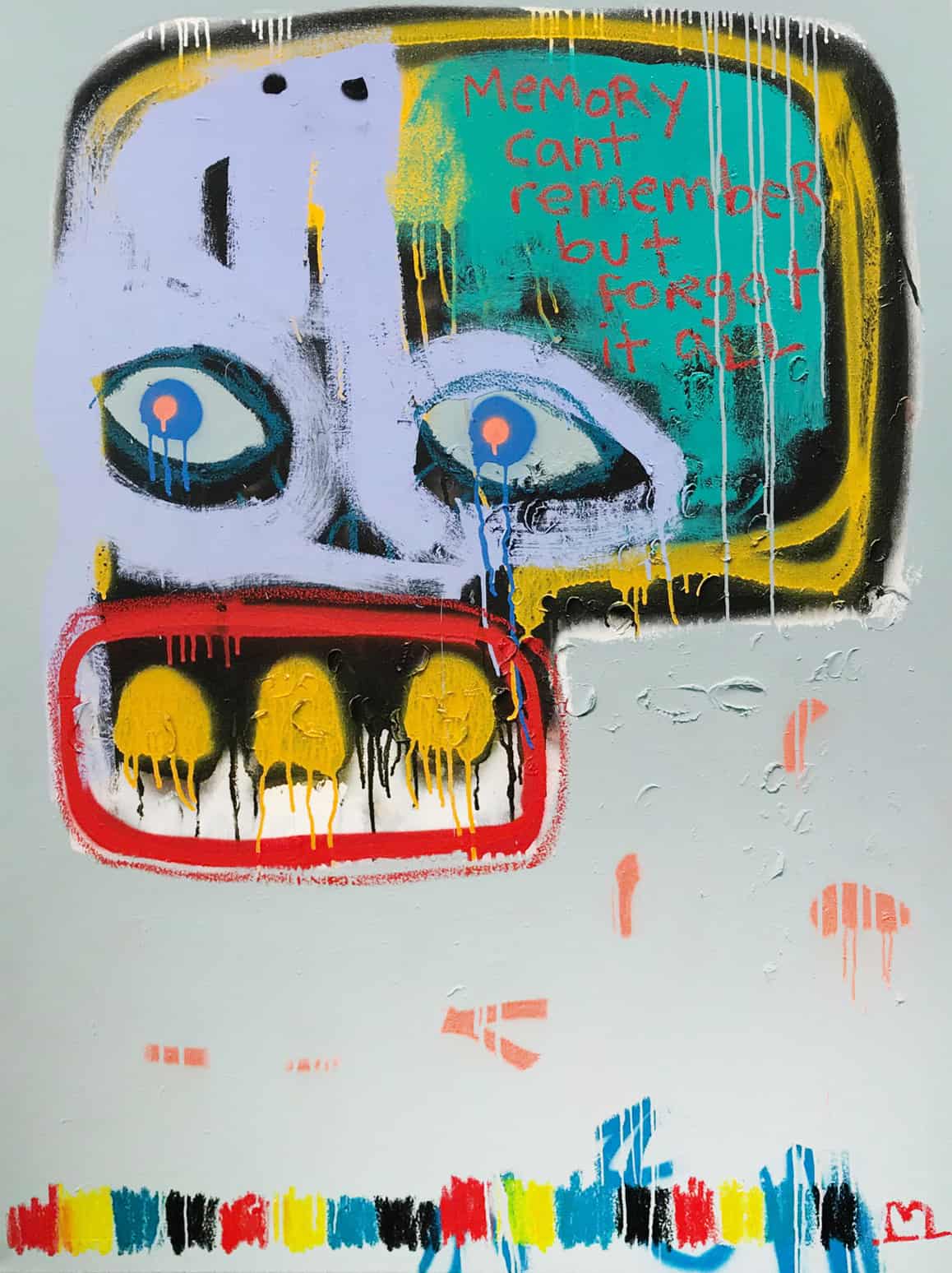 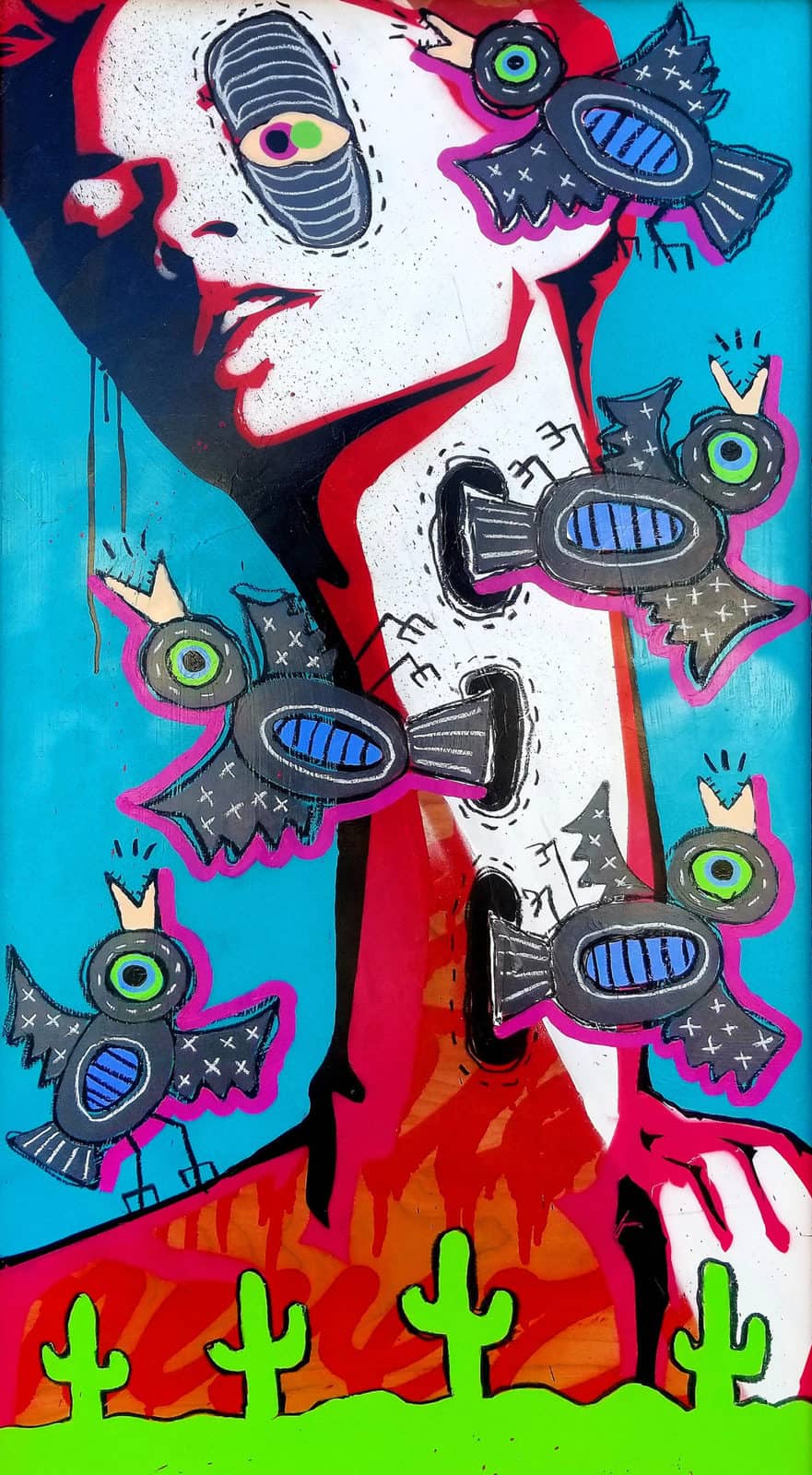 You Had a Call 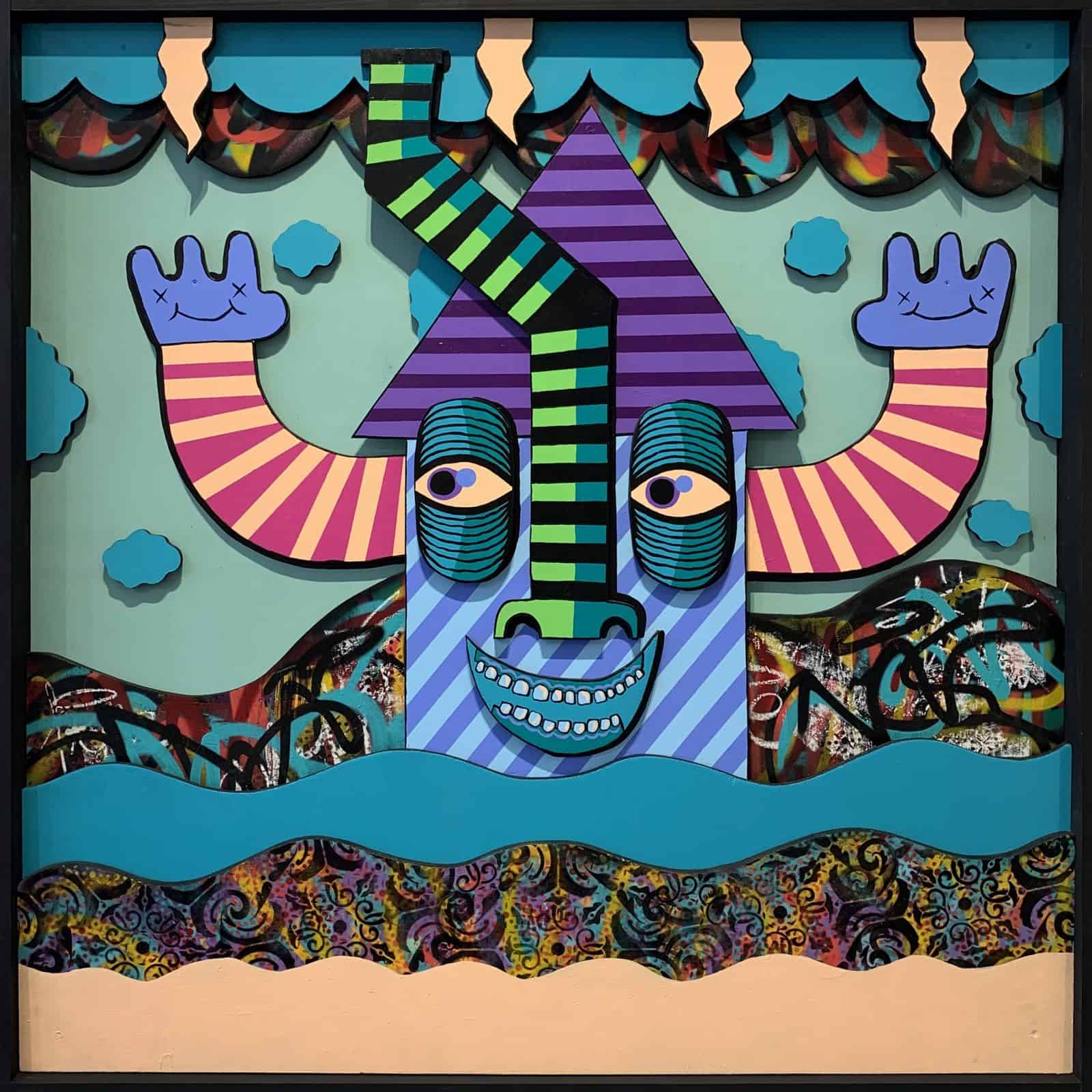 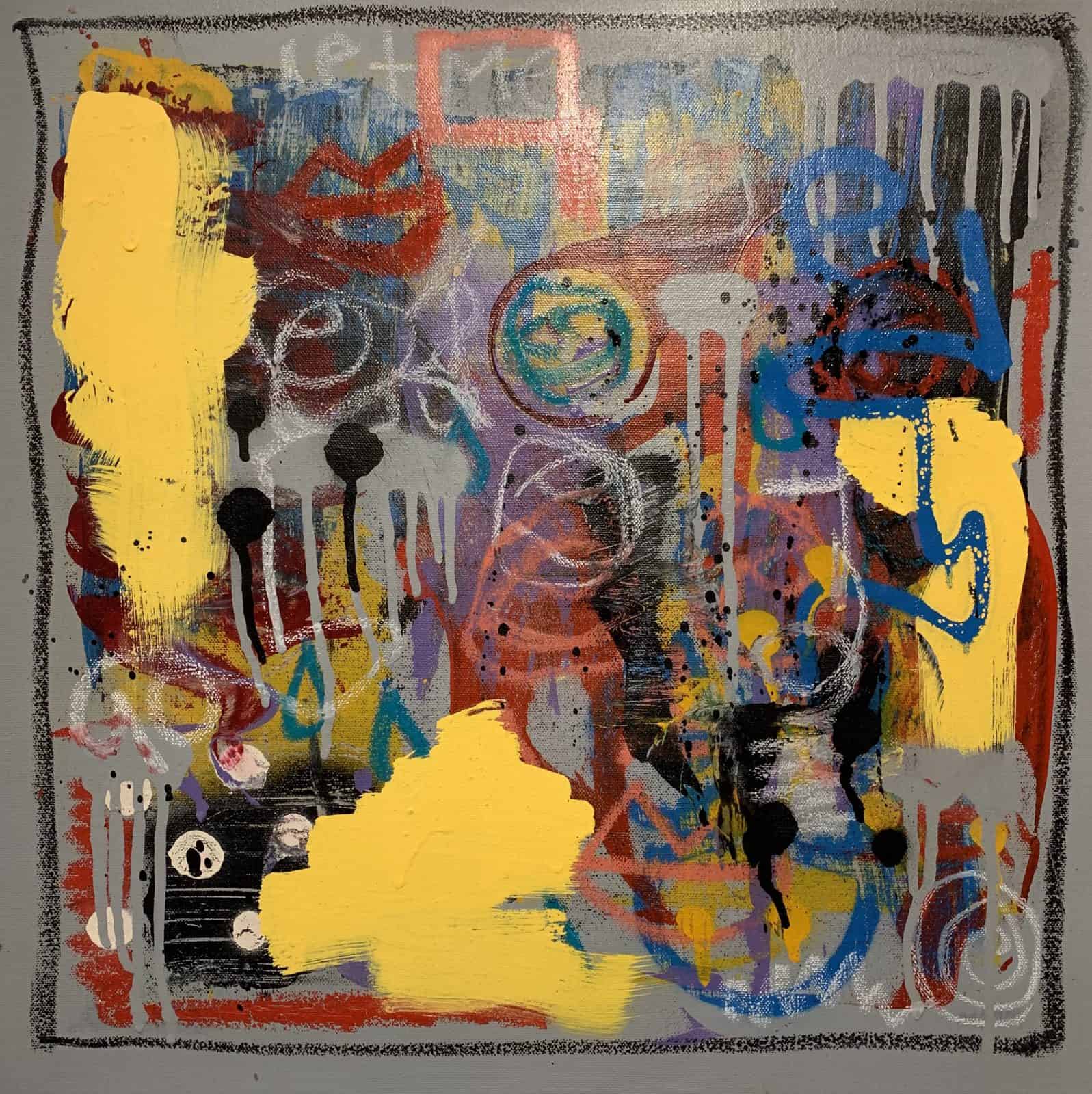 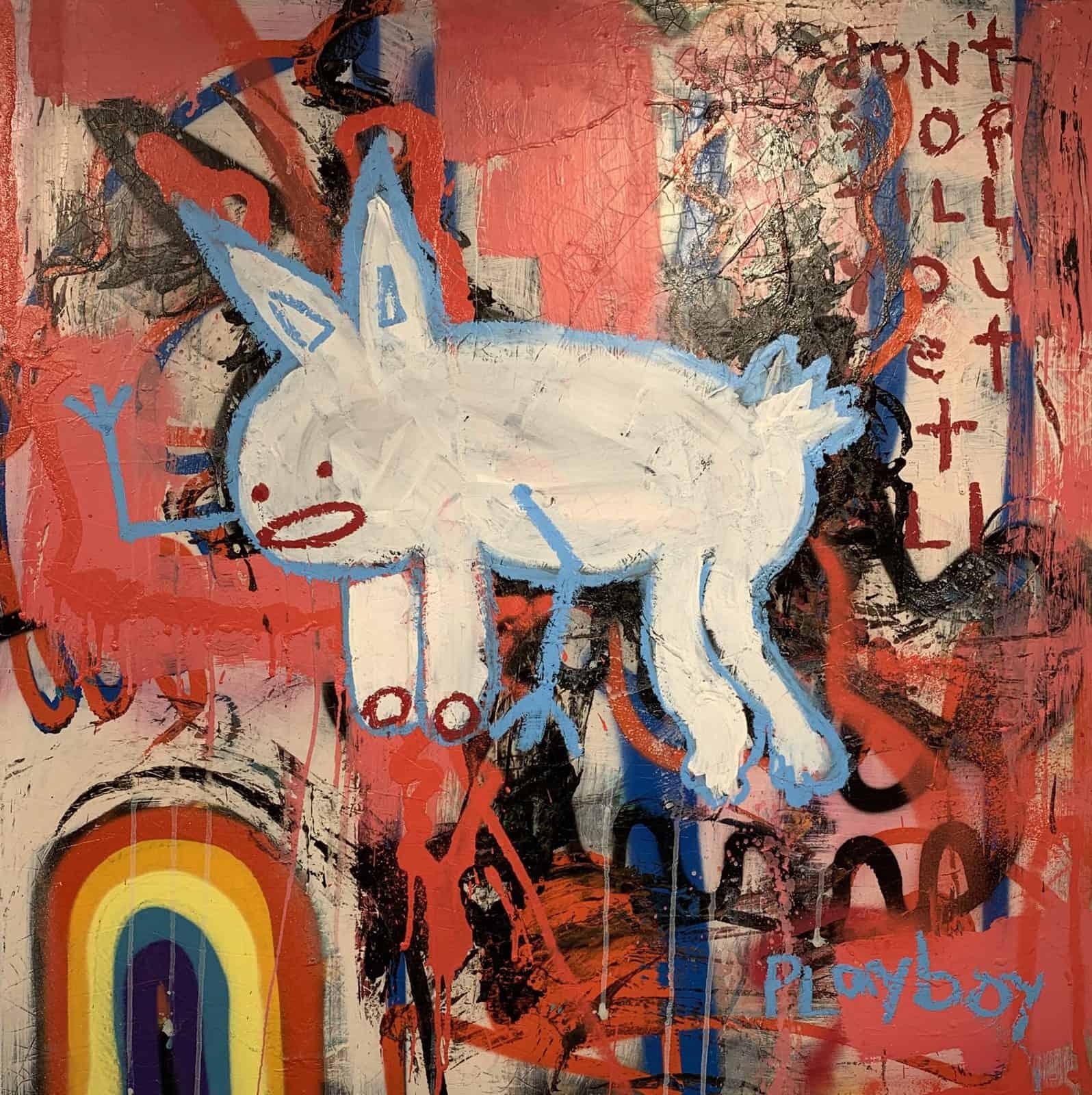 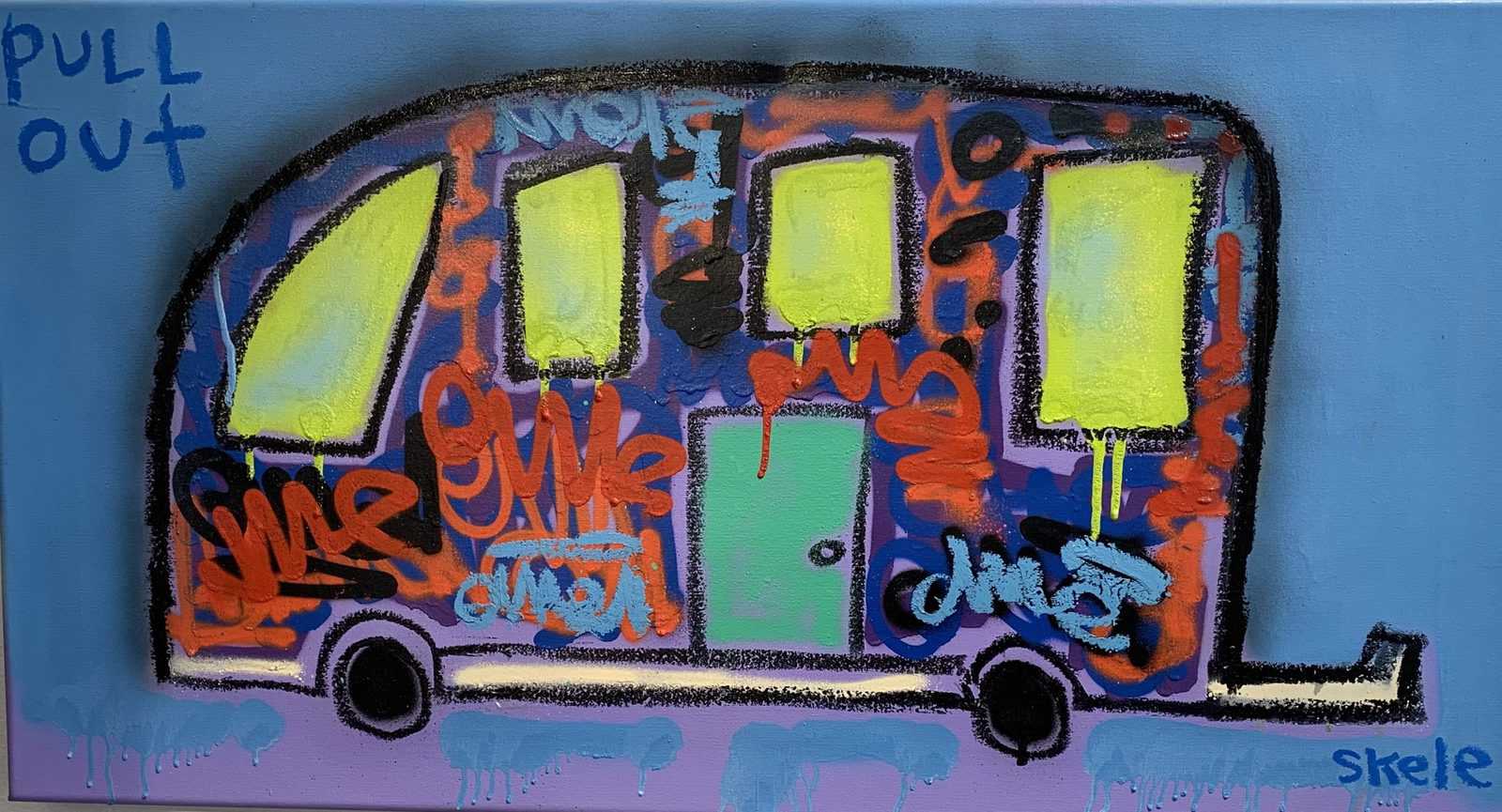 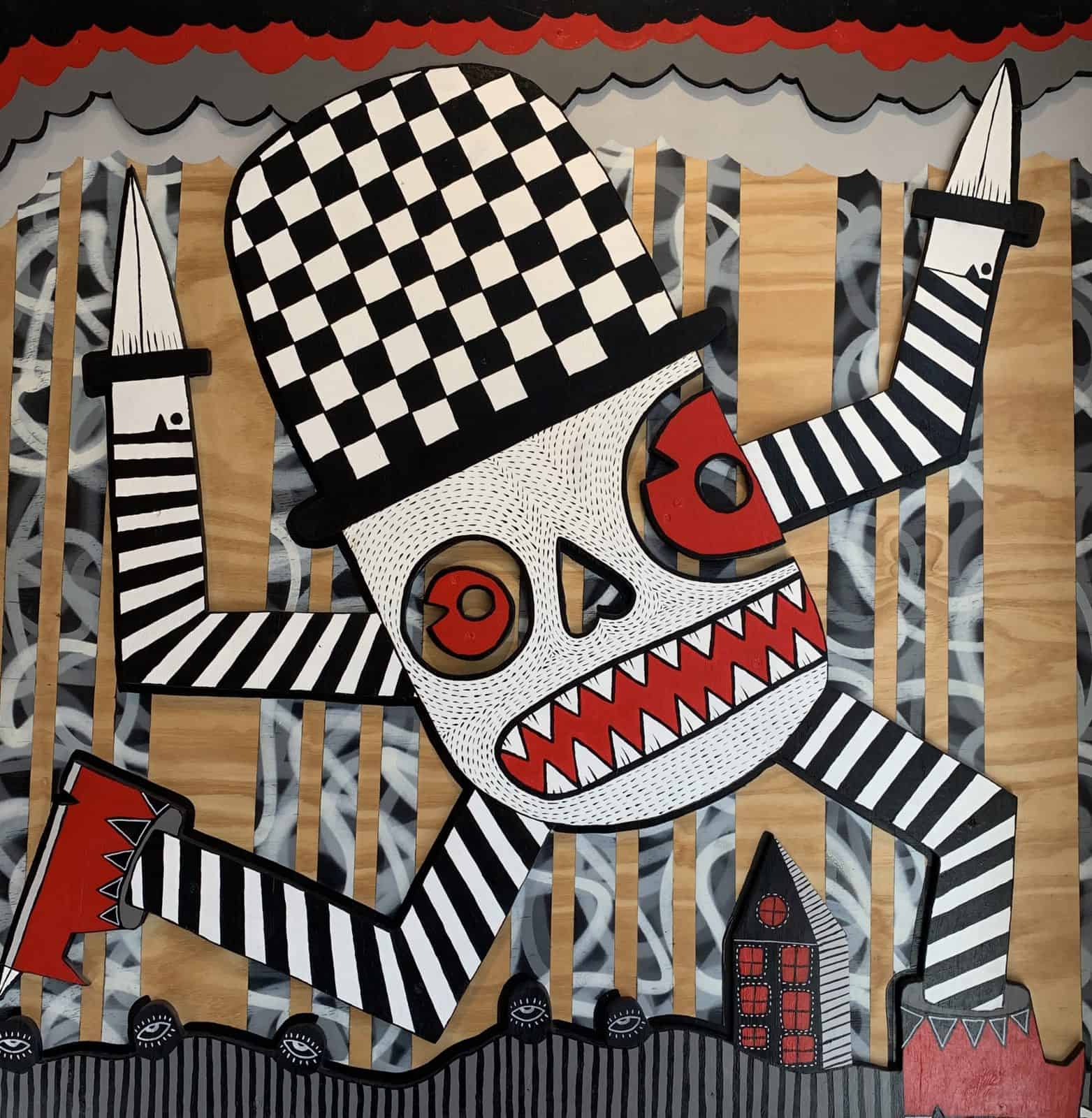 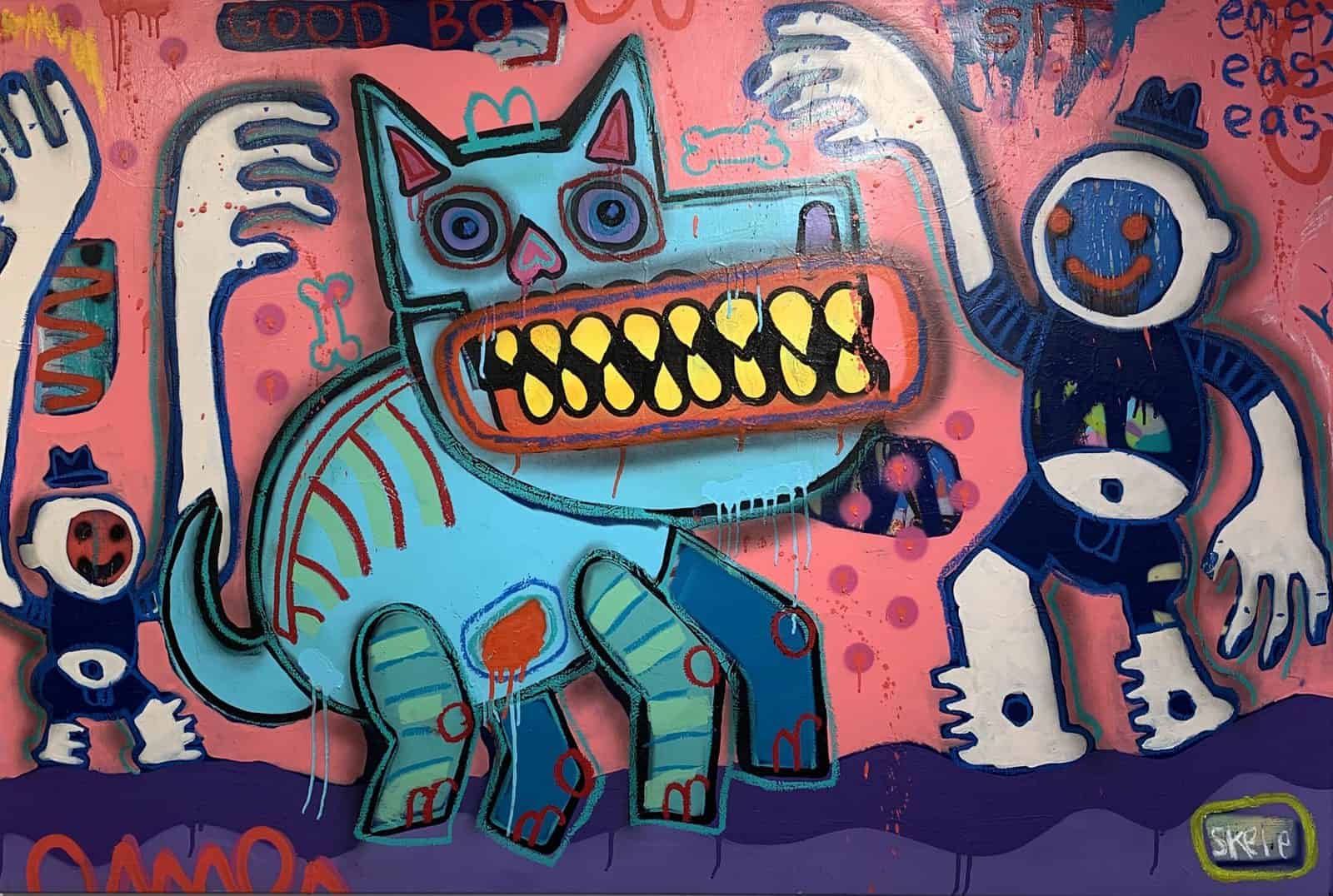 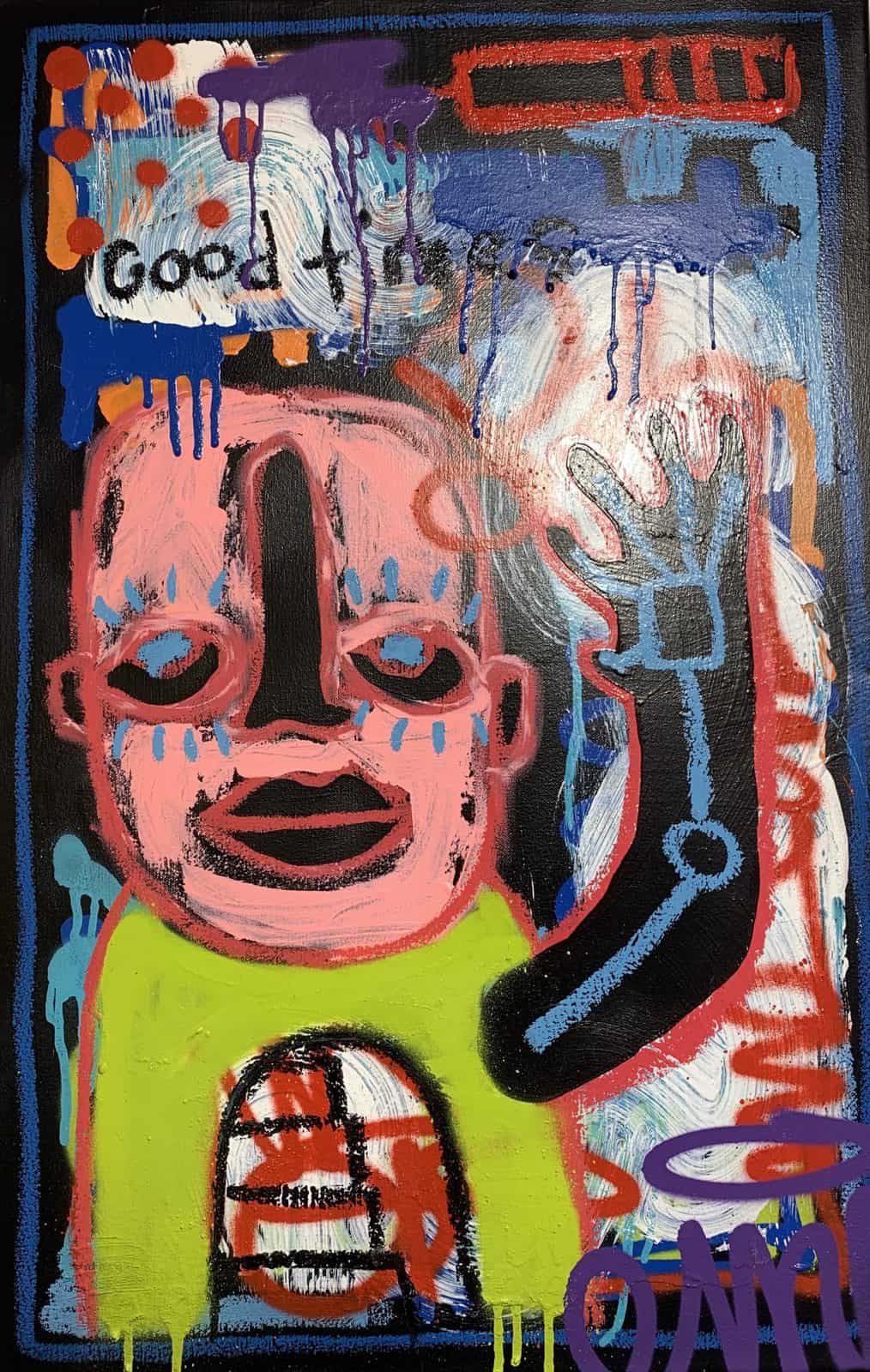 Good Times Are Killing Me 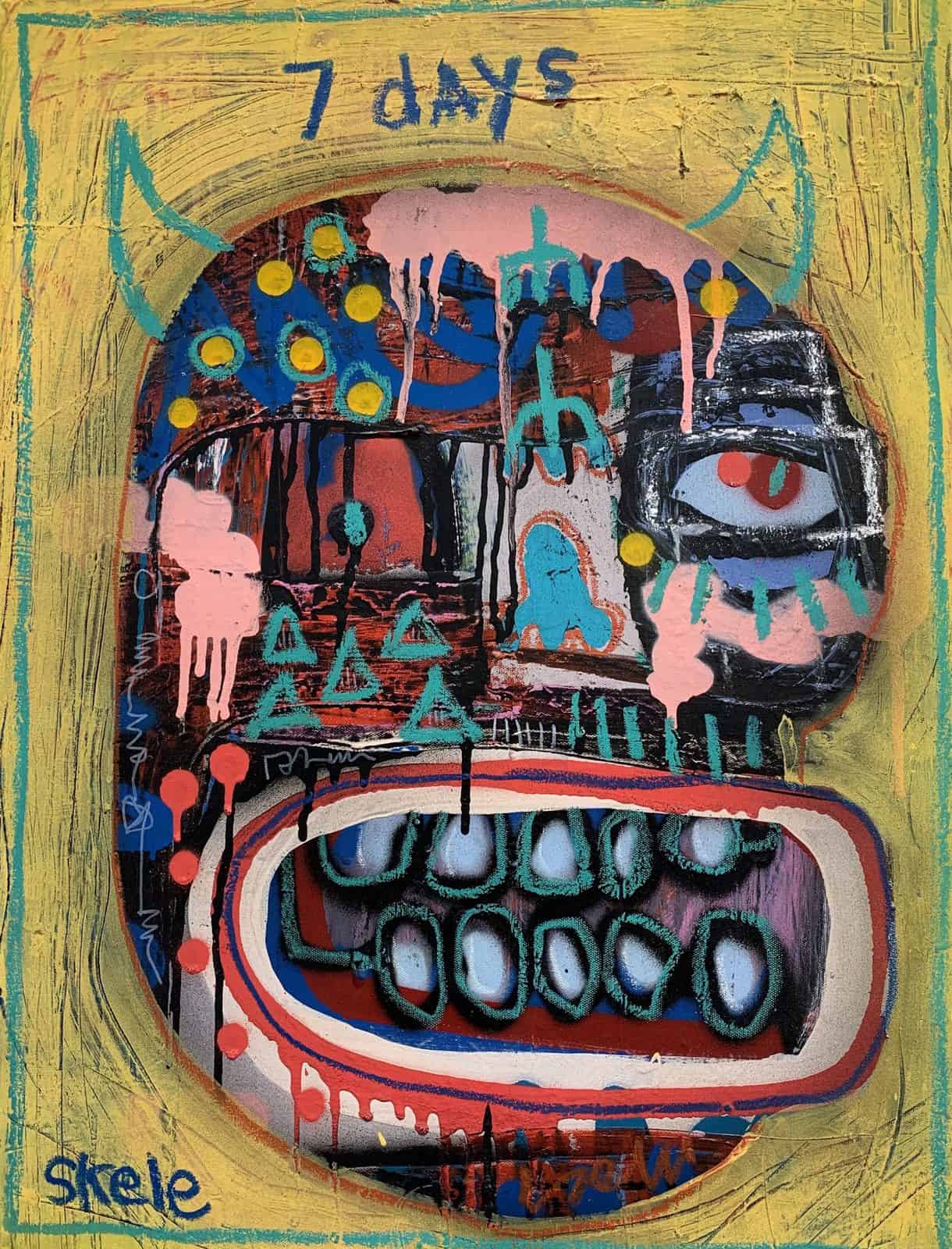 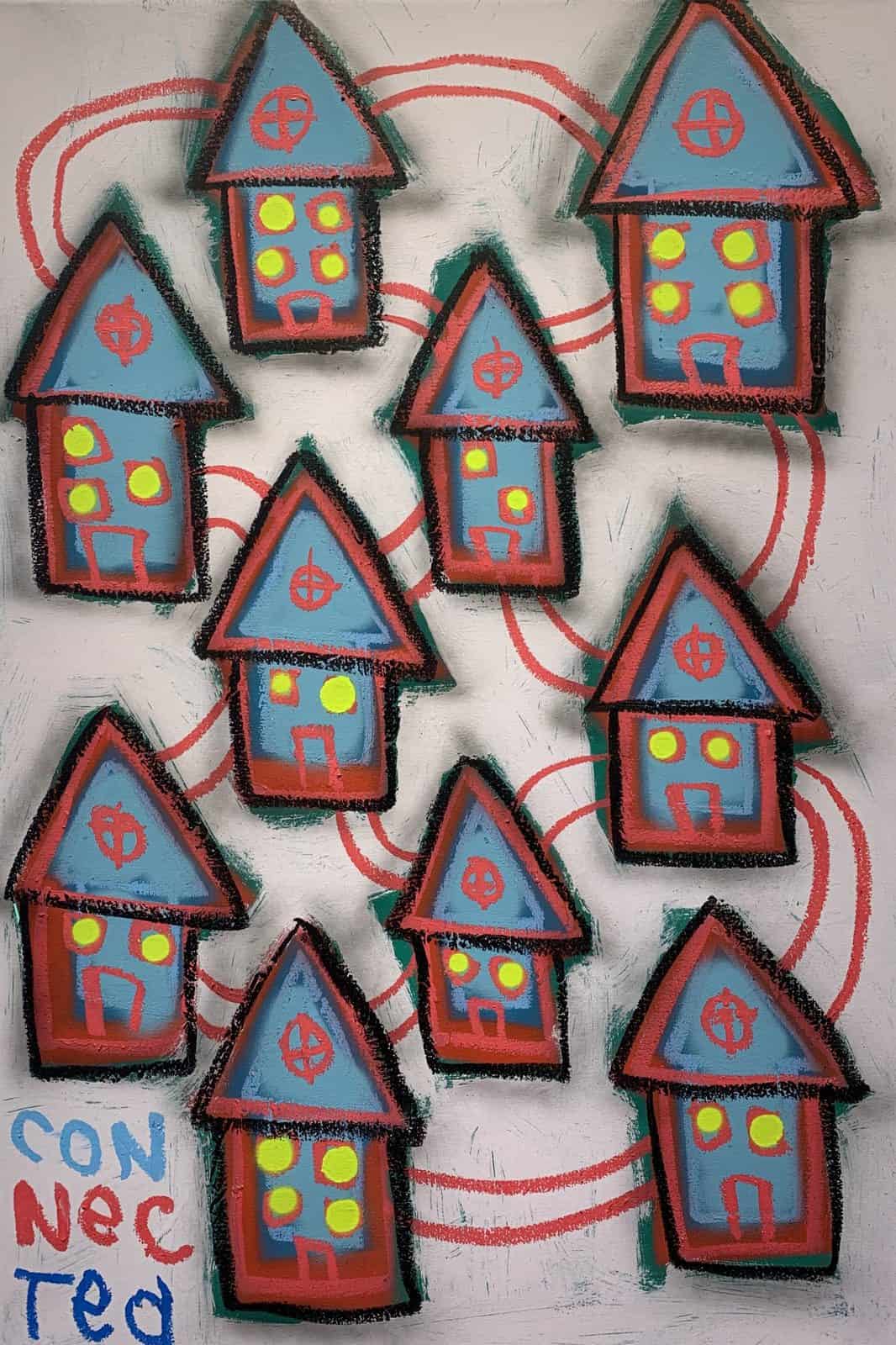 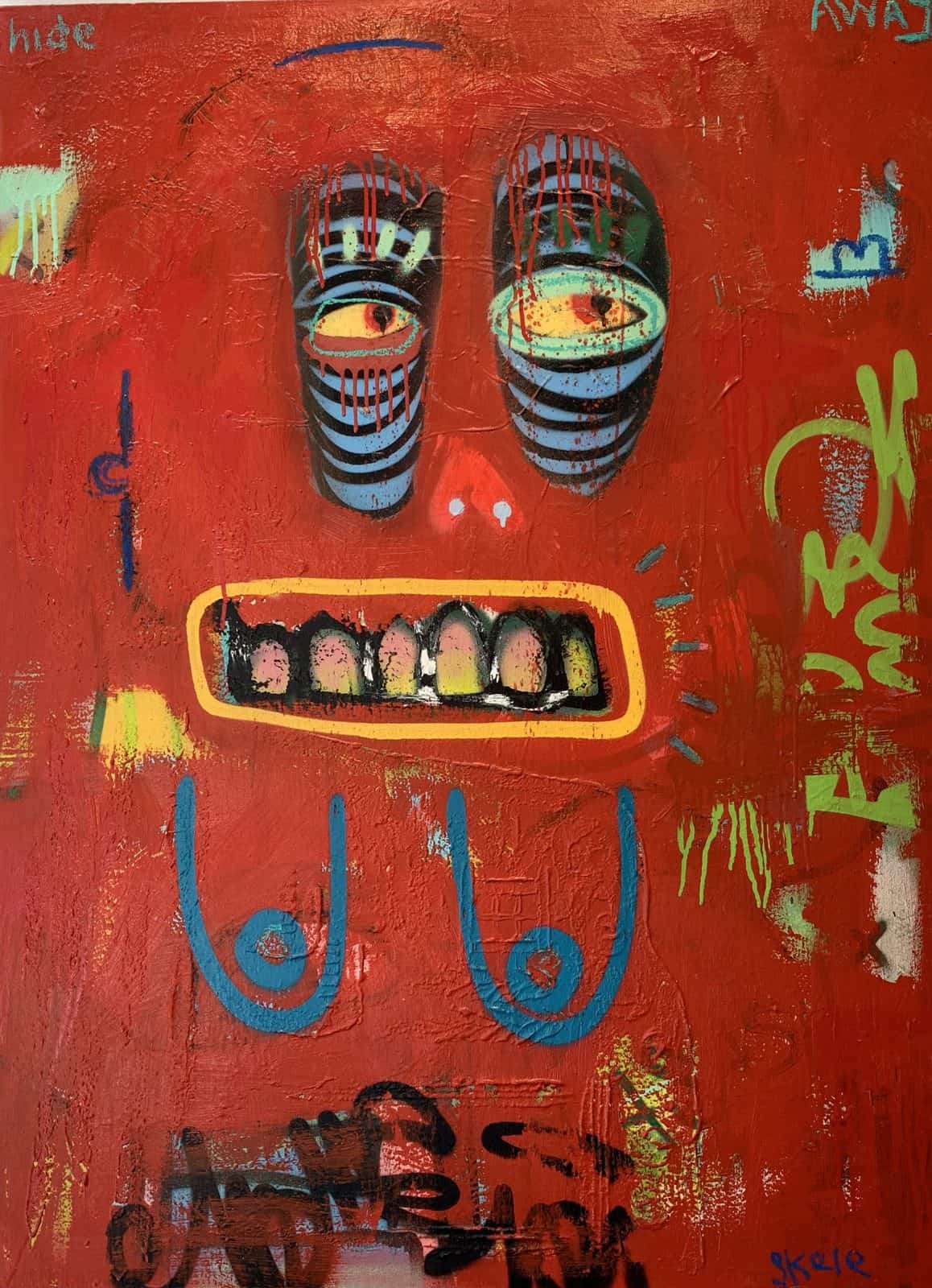 Peepin' Through the Window 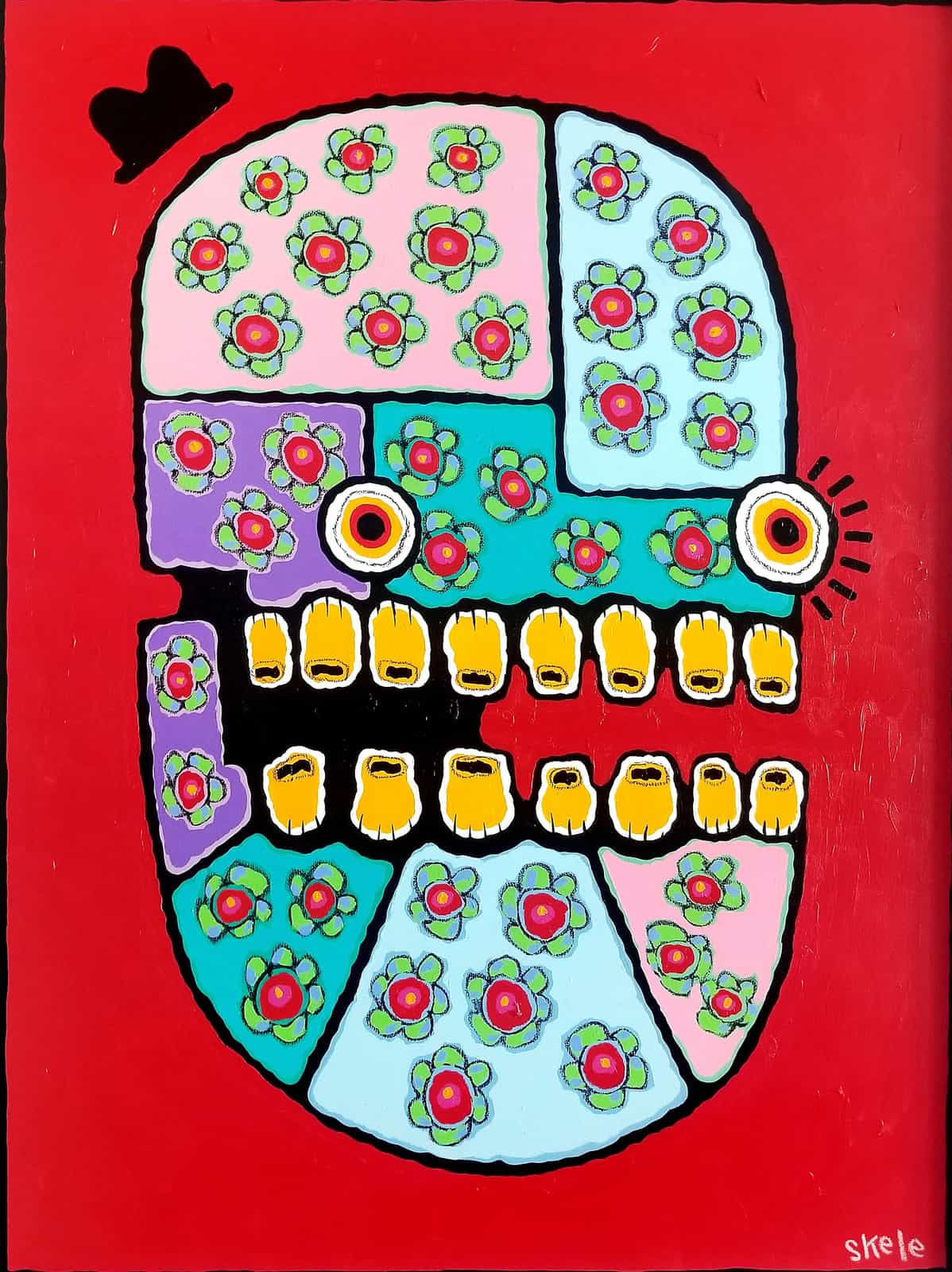 Found Me in the Garden 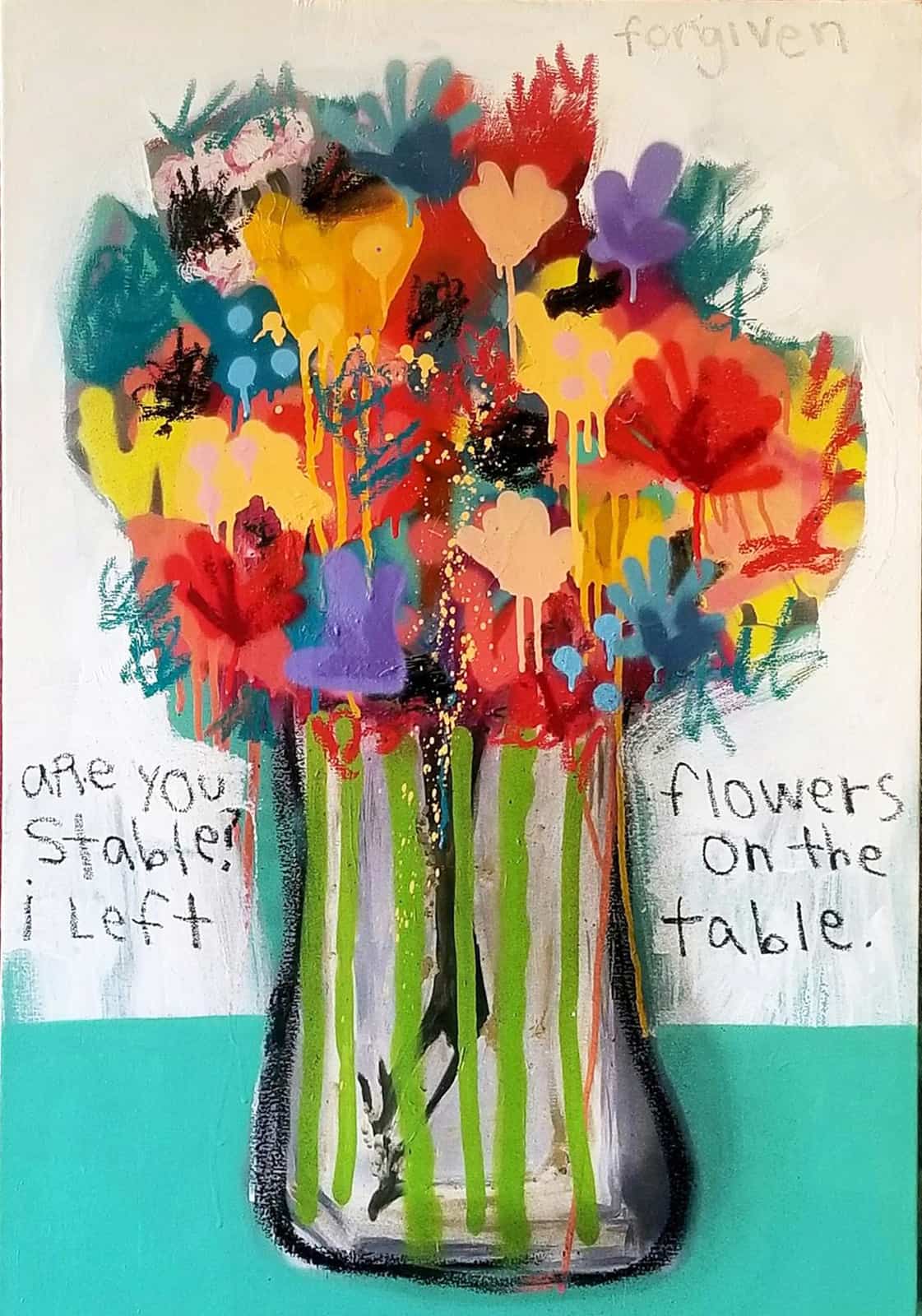 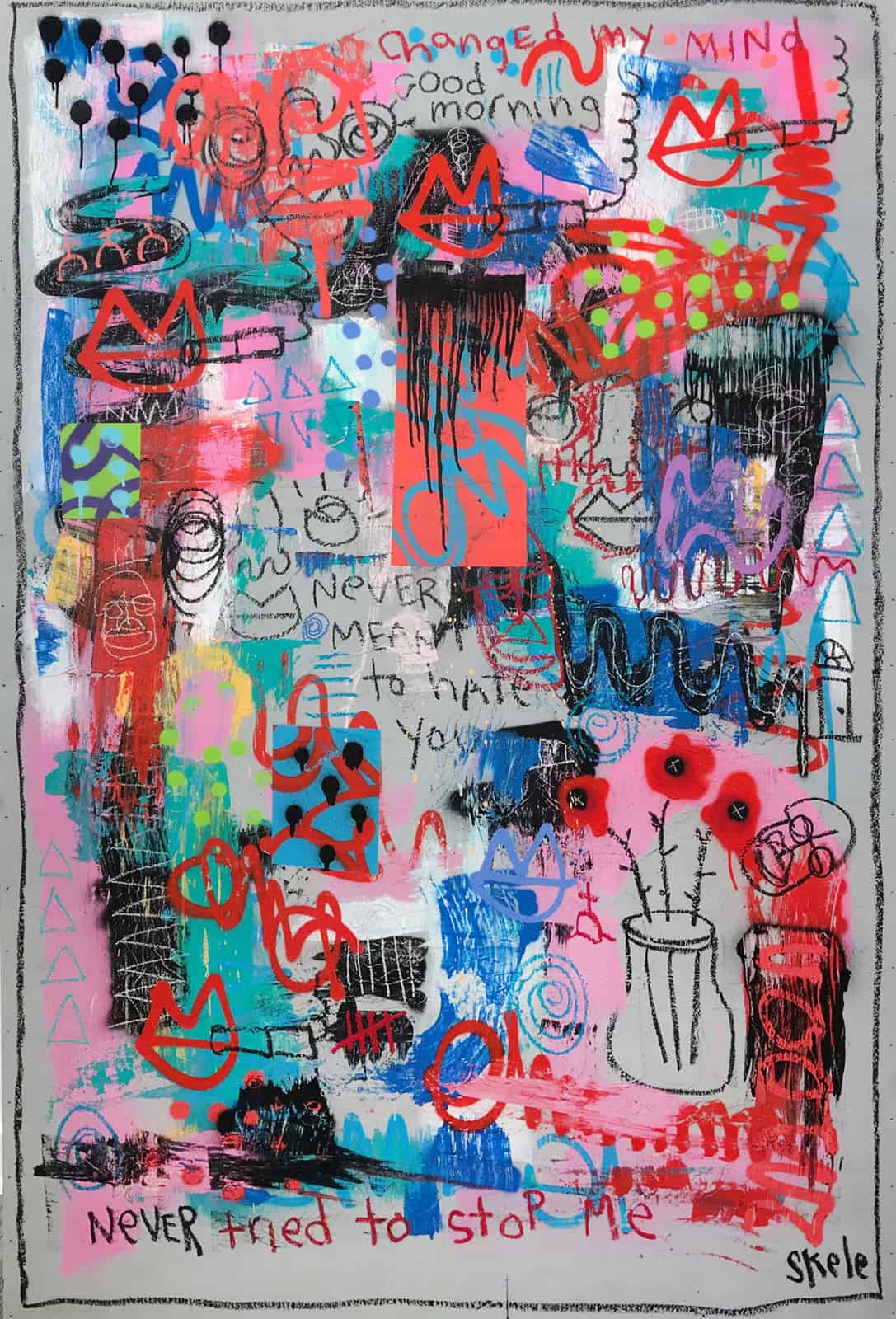 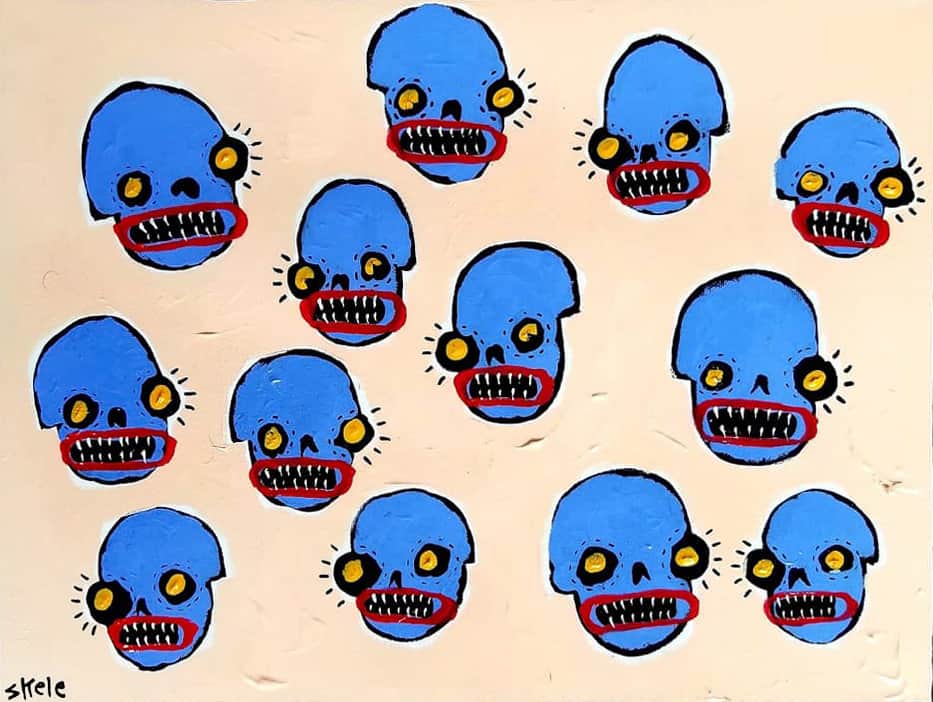 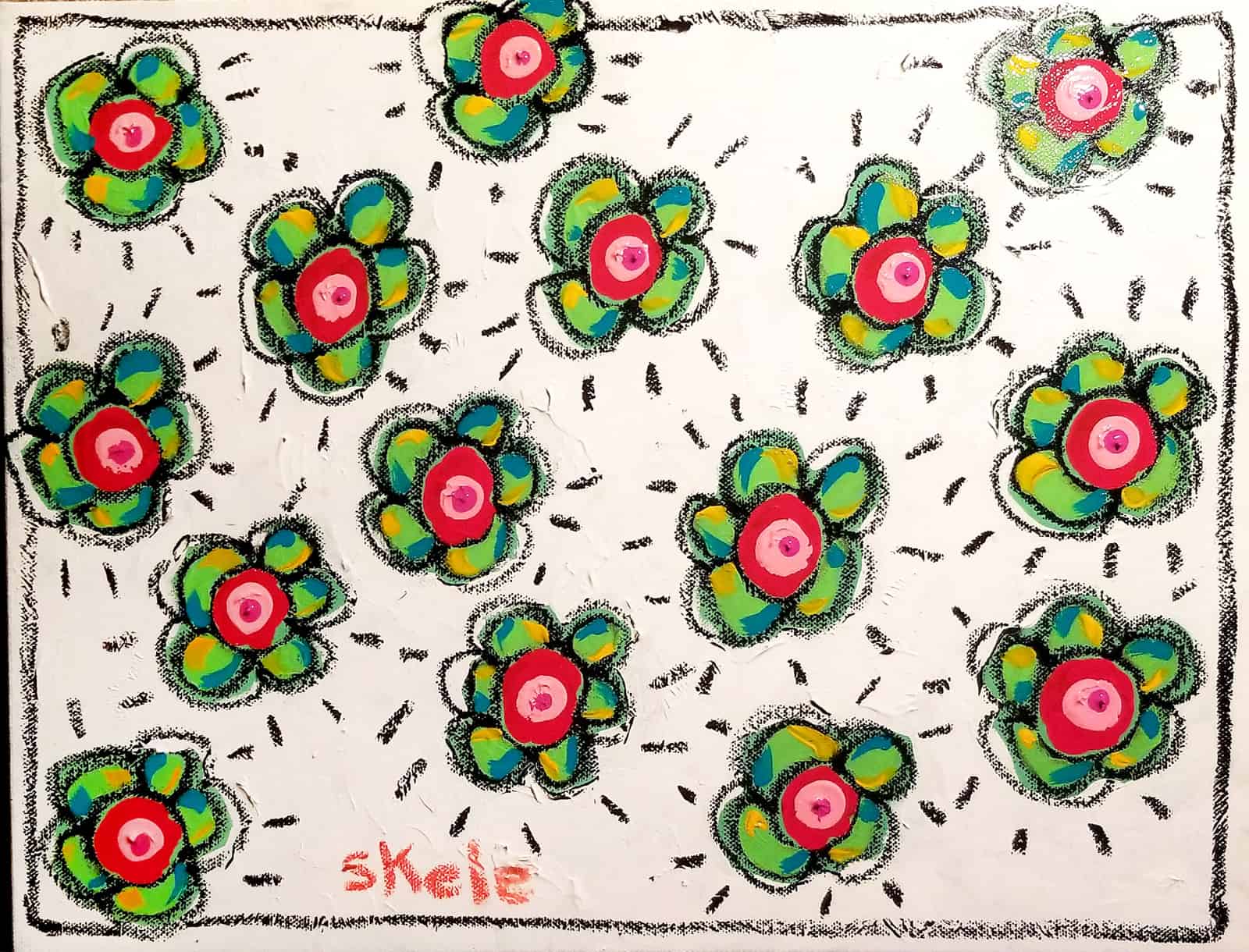 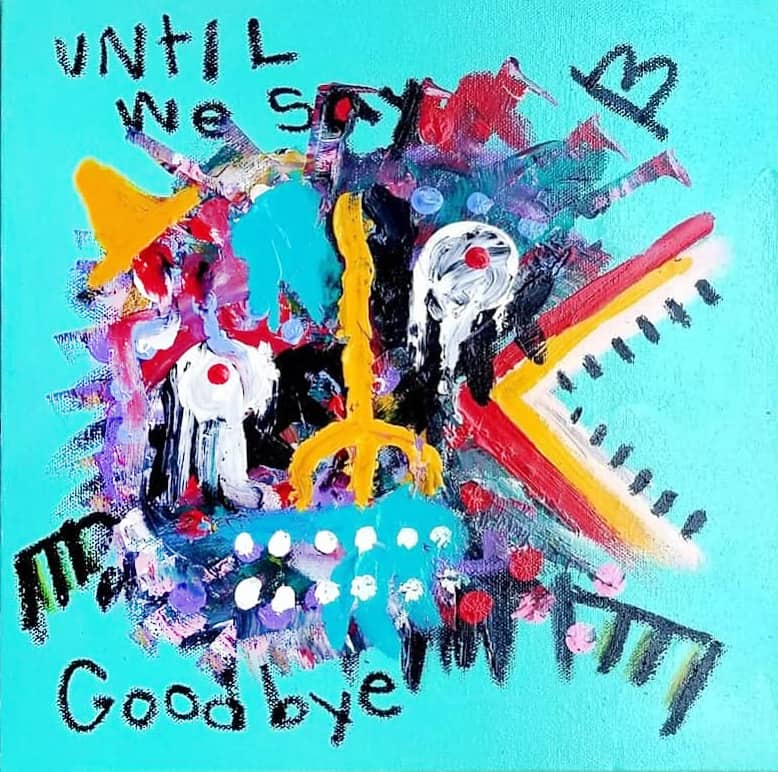 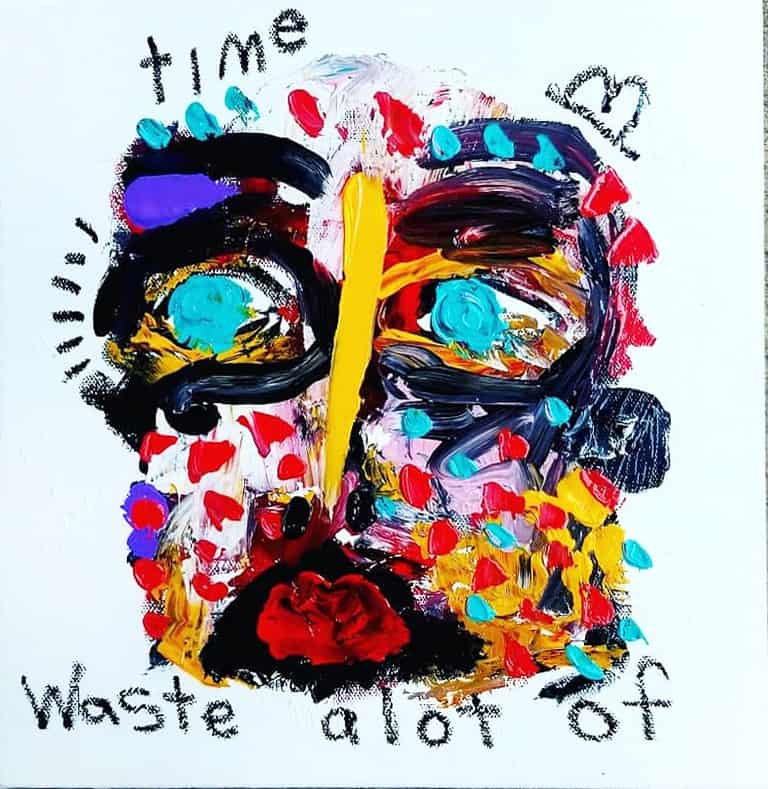 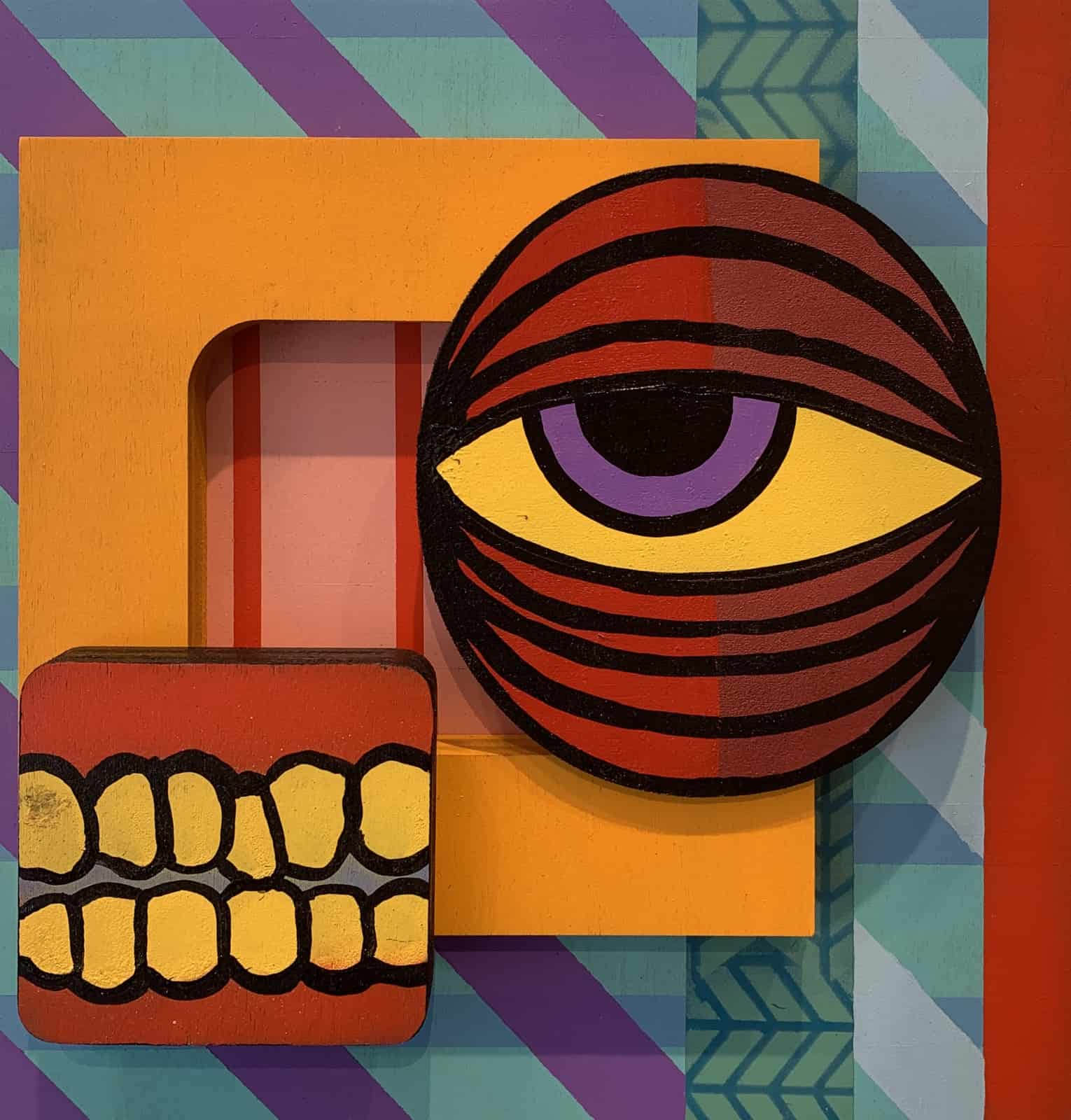 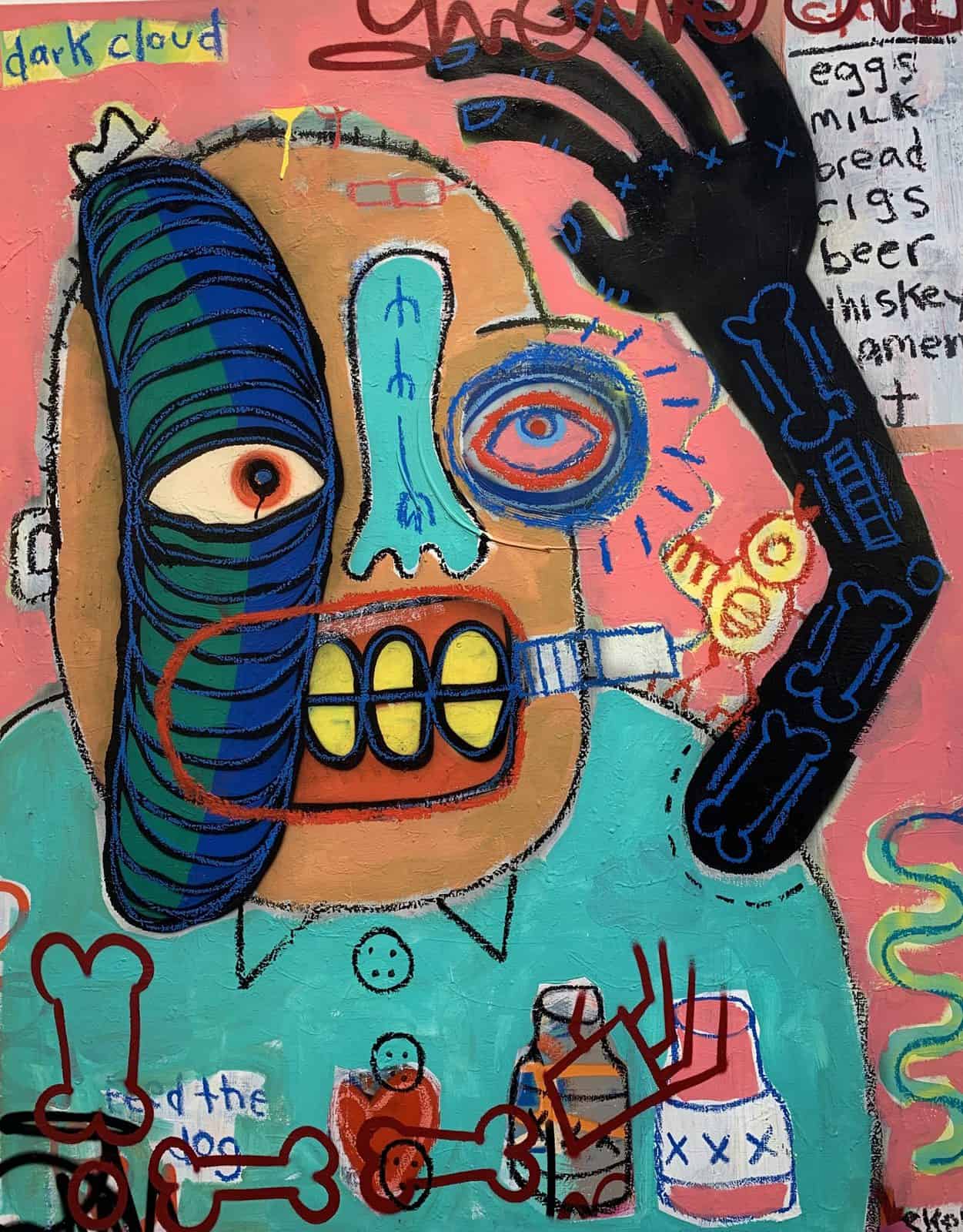 I moved from Virginia Beach to Dallas Texas in 2013 and then to Austin in 2017. I’m a hopeless romantic, and I left everything I knew in Virginia for love and the pursuit of art happiness. I’ve been painting and selling my work for 12 years. I’ve completed thousands of pieces and work hard to exhibit and sell my art. Art saved my life, and it continues to point me in a direction that I never could have imagined. With it, I am able to express my true self, through color and imagination. Without it, I am simply a shell of a human. I will continue to create and push the boundaries of my own self-exploration.

I use layers of bright acrylics and spray paint to create bold abstract figures and faces, held together with detailed patterns, fine lines, and text, conveying raw human emotion or ideals. With each layer of color, each layer of feeling, the piece comes together and forms an idea of what we could or could never be.

Jeff “Skele” Sheely was born and raised in Virginia Beach where he excelled as a soccer player.  Having won a Fullbright scholarship, his future as an athlete looked bright. Then, at age 21, he blew out both his knees. Suddenly and abruptly, his love for the sport and his future with it came to an end.

He started to draw during this period of reflection and transition. As he pondered over what he would do next, it became evident that his “next” was emerging from his sketchpad. As he recovered from his knee injuries, working odd jobs around Virginia Beach and associating with local graffiti artists, he continued to focus on art and began showing his work locally.  He moved to Dallas in the Spring of 2013 and to Austin in 2017 where he currently lives and works as a full-time artist.

Skele’s work is arresting and begs the viewer to come inside his colorful, wicked little world that vicariously teeters between love, pain, celebration and loss.  Characters come alive and often re-emerge such as his ‘tommy top hat’ who seems to take everything in stride with an optimistic cynicism.  Playful and sinister begin to play a game of tug-of-war on the canvas making Skele’s work beg for more than just a glance, but a relationship with the viewer.

Animals, creatures, people, faces, landscapes, environments and other worldly depictions in Skele’s work have a magnetic pull and under examination reveal much more than meet the eye.

Skele paints worlds of hopeful beacons, painful reminders and symbolic gestures. Happiness and sadness shake hands, and those universal threads that are the most basic fabric of humanity live symbiotically on the canvas.  Vivid attention to detail and line work further characterizes his artistry and gives it a story telling quality.  This story telling quality is enhanced with his use of words and simple messaging or phrases, adding a narrative and bringing his compositions full circle.