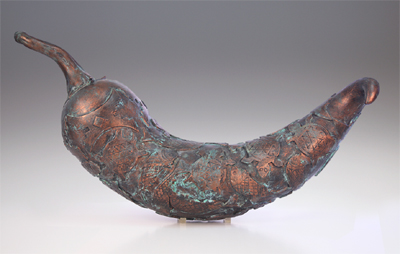 Out of the Chute 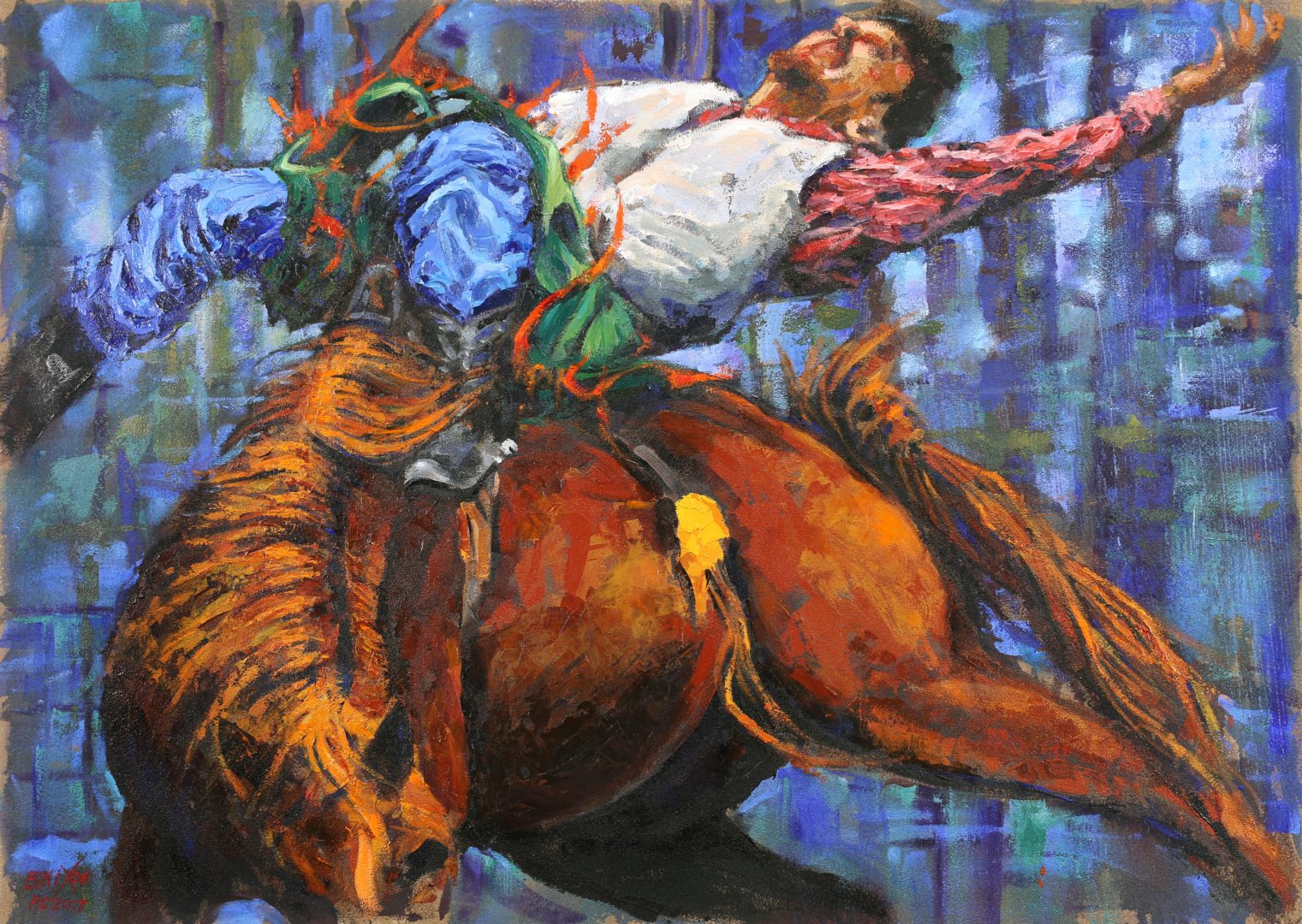 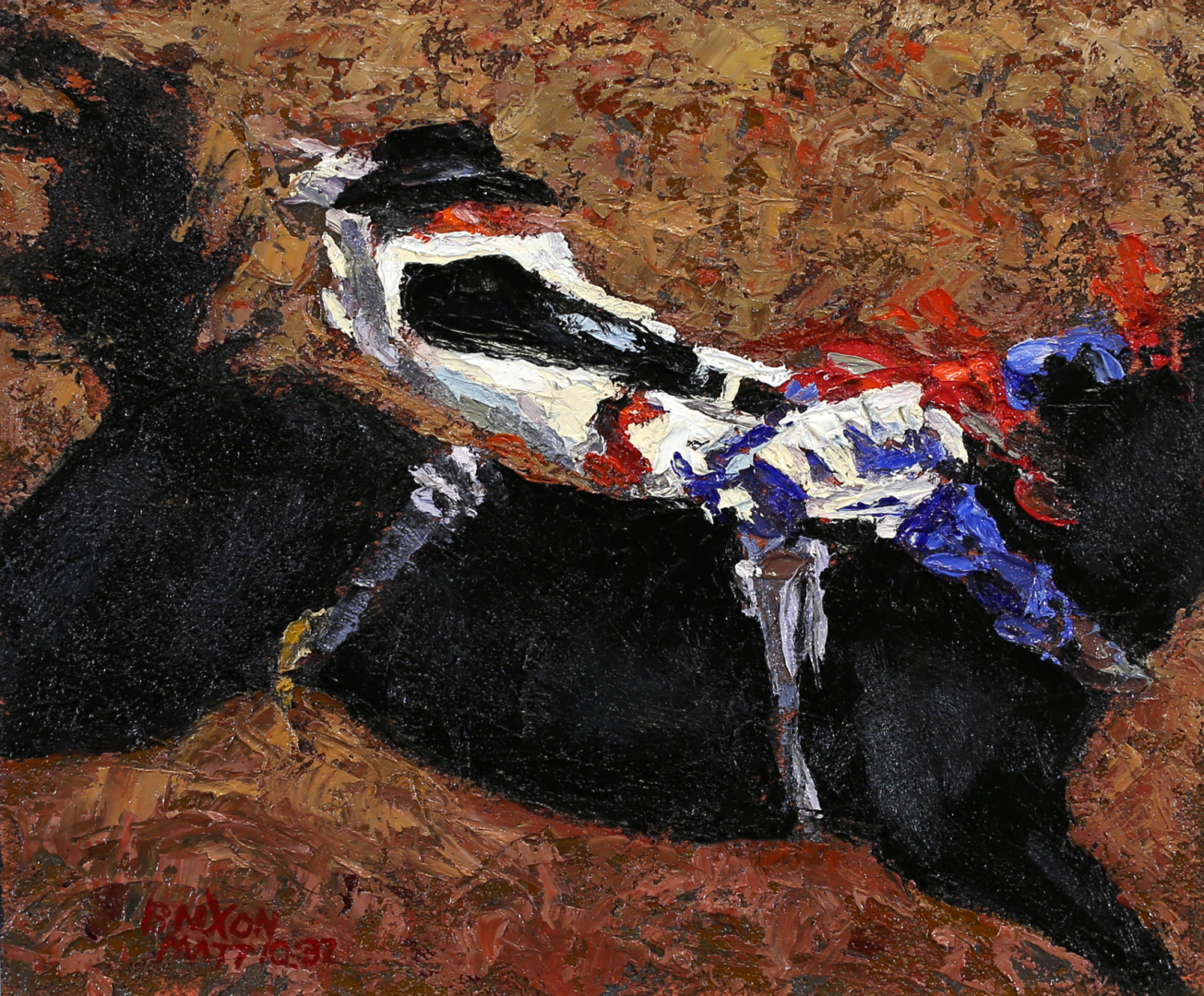 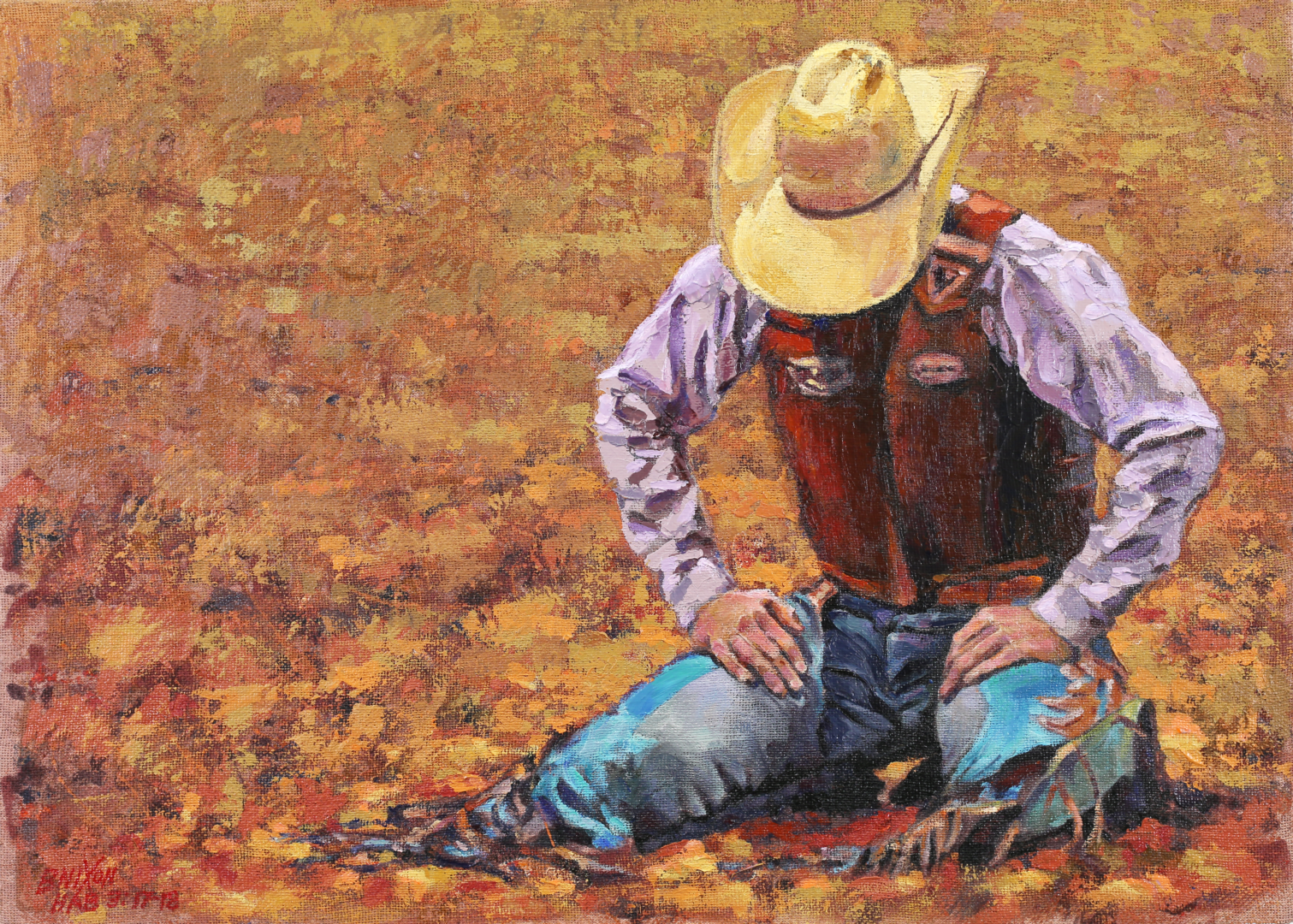 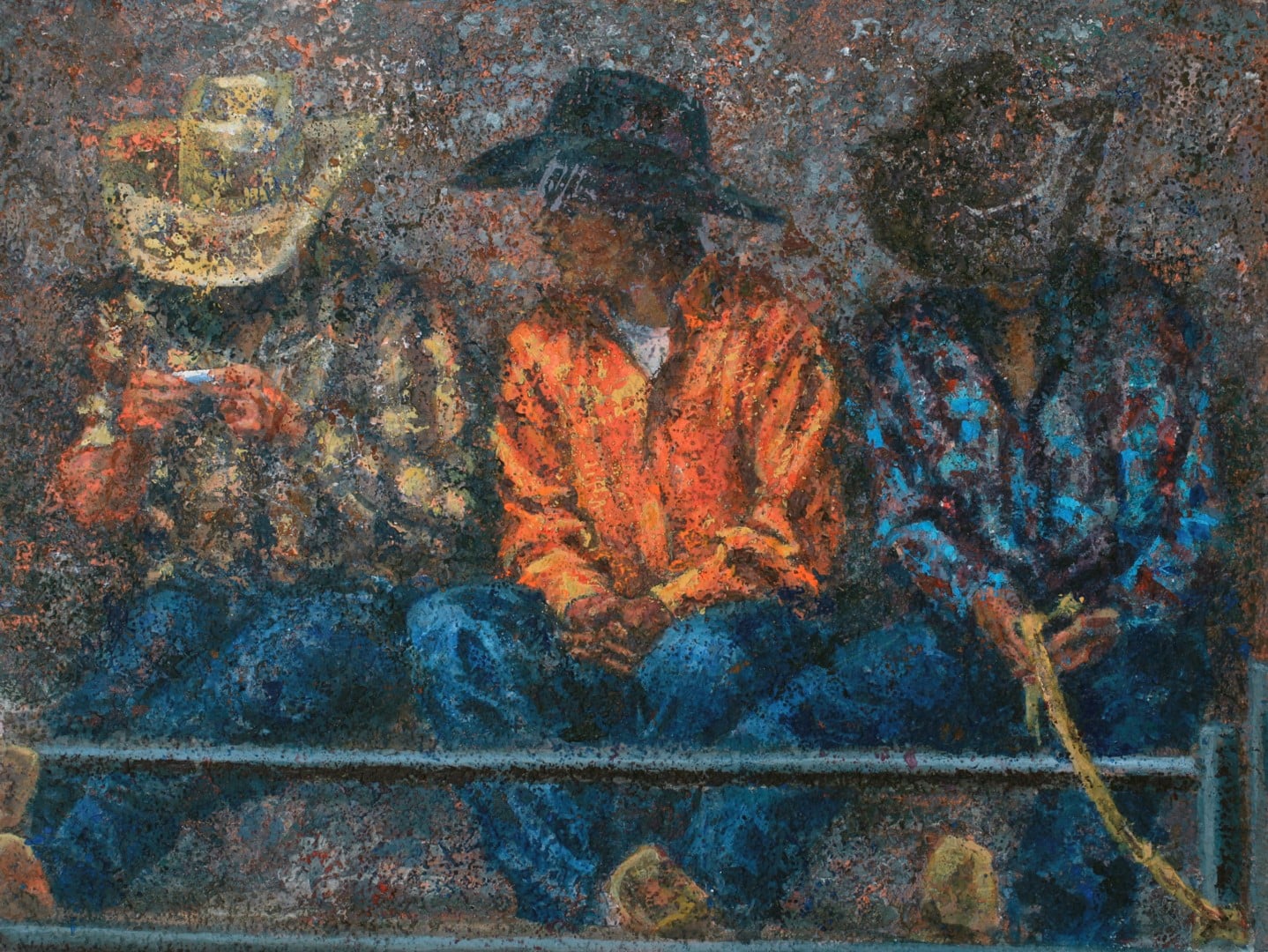 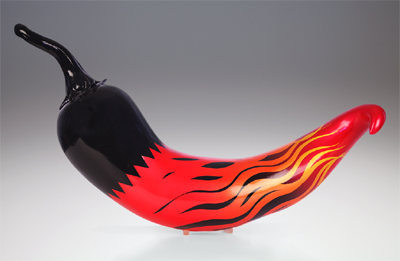 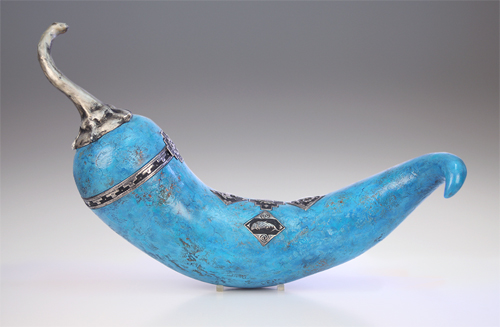 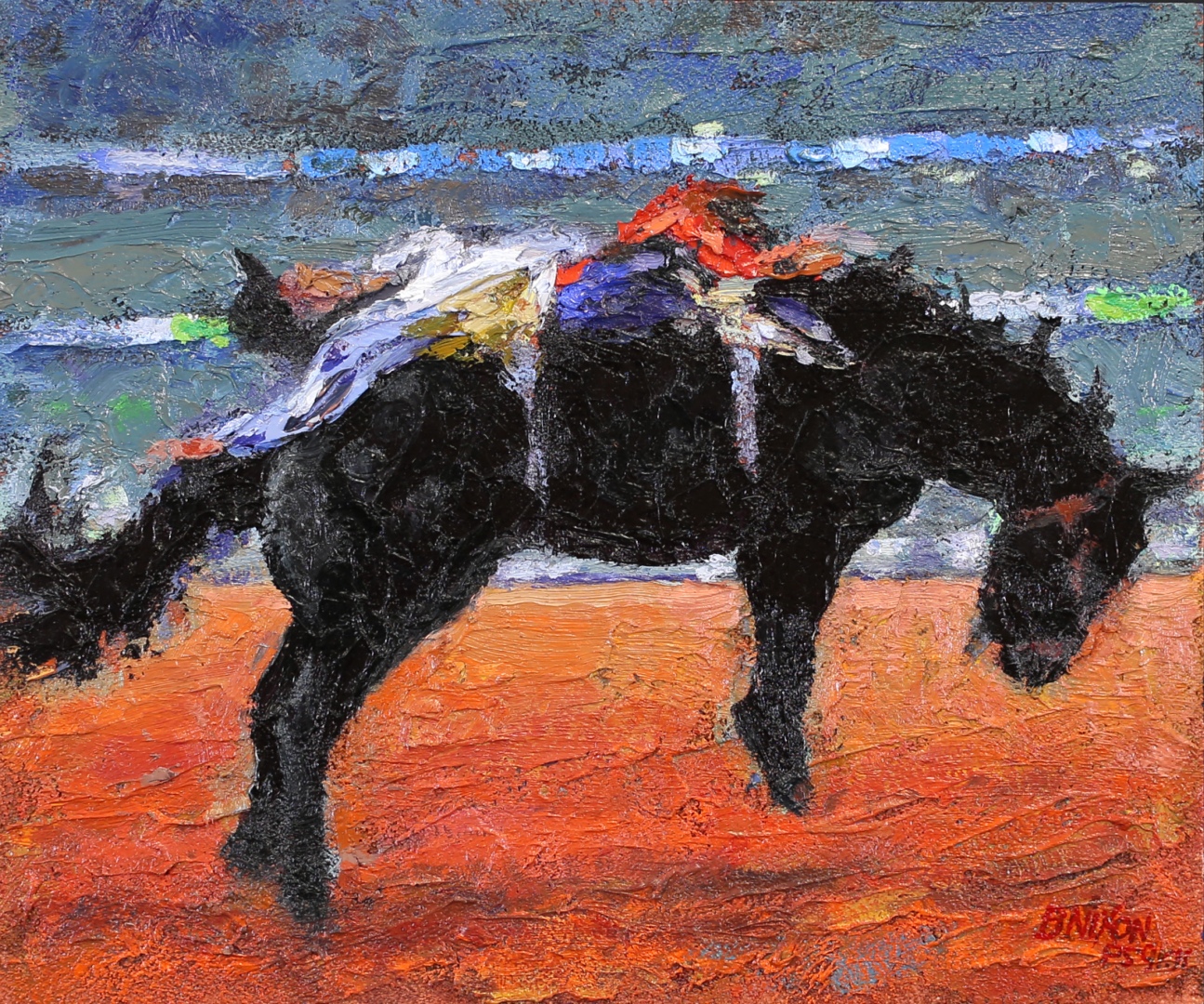 Brian Nixon doesn’t have a simple reason why he creates art.
Being made in the image of God, the supreme creator, the drive is encoded in his nature.
He paints orsculpts to provide viewers a small glimpse of God’s attributes: beauty, creativity, design, majesty and mystery.

Michelangelo said it this way: “The true work of art isbut a shadow of the divine perfection.”

Brian is drawn to fundamental properties of art ‐ motion, color, symmetry andtexture. He combines these elements with a story to evoke a sublime, descriptivemoment in time. He pushes the viewer to create their own narrative, hoping theyenvision more than just the object or brush strokes.

His inspiration for the pepper sculptures was derived from the pottery designs ofthe ancient Mimbres of southern New Mexico. The painted cast stone sculptures area whimsical homage to the decoration of common, household objects by culturesthroughout history.

In his recent acrylic rodeo paintings he looked for the symbolic pose that illustratedthe chaotic ballet between animal and contestant. Each painting begins on a fresco‐ like surface with an energetic application of paint supporting the underlying illusionof movement.

Brian Nixon was born in Youngstown, Ohio. His path to fine art is like most of his life adventures – circuitous. He attended college bent on a pre‐med tract. His father was a doctor, so that seemed a safe bet. The problem was he didn’t have the patience or endurance for studying. He did graduate with a BS in Biology but wasn’t thrilled with the career path. He always loved drawing and art, so making a switch to become an illustrator was easy. Brian studied at UT in Austin and became a commercial artist and art director. He worked in the commercial art arena in different capacities for 30 years, always doing “serious” art on the side. However, he quickly discovered the illustration and advertising world, no matter how creative, was fundamentally meaningless – but it did pay the bills. He wanted to return to the one “job” that had meaning and never felt like work – art. So he laid out a plan at the age of 59 to become an artist. He’s come full circle. His job is to use art as a vehicle to display God’s boundless creativity and in the process derive true meaning and purpose. Brian sculpts and paints in oil and acrylic. He is influenced by the art of: Edgar Payne, Maynard Dixon and the Taos painters like Frank Tenney Johnson and E.L.Blumenschein. Brian draws inspiration from God’s creation and relies on the belief that ultimately art is God’s gift to us.

“Whatever you do, do your work heartily, as for the Lord rather than for men, knowing that from the Lord you will receive the reward of the inheritance. It is the Lord Christ whom you serve.” Colossians 3:23‐24